Kansas City Southern  (KSU)  looks like it's ready to leave the station for higher prices in the weeks and months ahead. Let's take a look at the charts and indicators.

In this daily bar chart of KSU, below, we can see that prices have been forming a possible triangle pattern since the middle of May. Prices have been testing the rising 50-day moving average line since the middle of June.
The slope of the 200-day moving average is positive and prices have been trading around it for a while now. The daily On-Balance-Volume (OBV) line bottomed in March and shows a rise into early June followed by sideways movement. This sideways pattern suggests that buyers and sellers are in balance, but balances in the marketplace rarely last long. The Moving Average Convergence Divergence (MACD) is hugging the zero line and renewed price strength in KSU is likely to turn the MACD oscillator upwards to a new buy signal.

In this weekly bar chart of KSU, below, I see a chart that is getting ready to move higher. Prices have been trading around the rising 40-week moving average line. The weekly OBV line has been improving since March and the MACD oscillator has quietly crossed above the zero line for an outright buy signal.

In this Point and Figure chart of KSU, below, we used daily price data. Prices have moved sideways in a triangle-like pattern. The charting software "reads" the price action as accumulation (buying) and has projected an upside price target of $169. 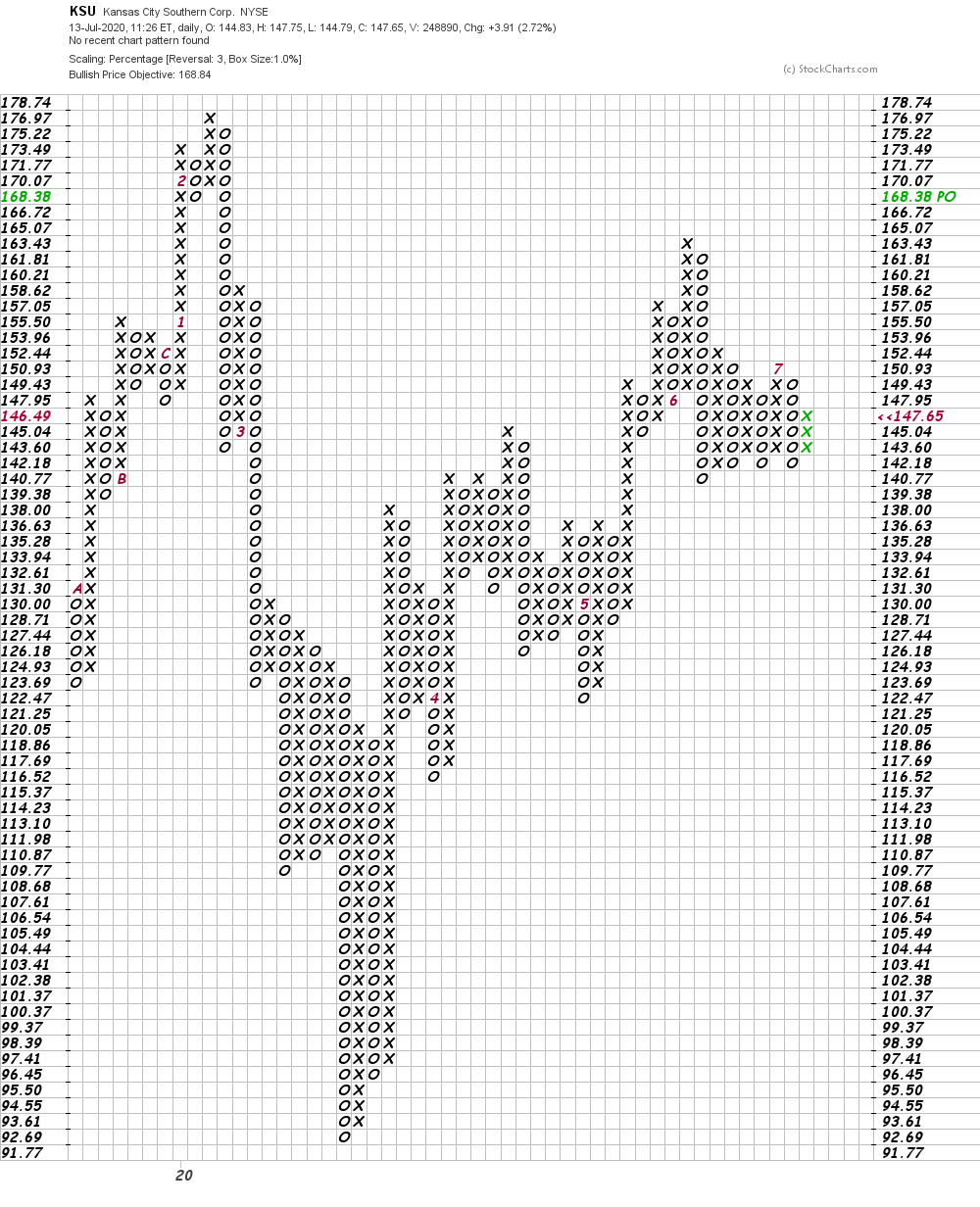 In this second Point and Figure chart of KSU, below, we used weekly price data. Here a longer-term price target of $246 is shown. 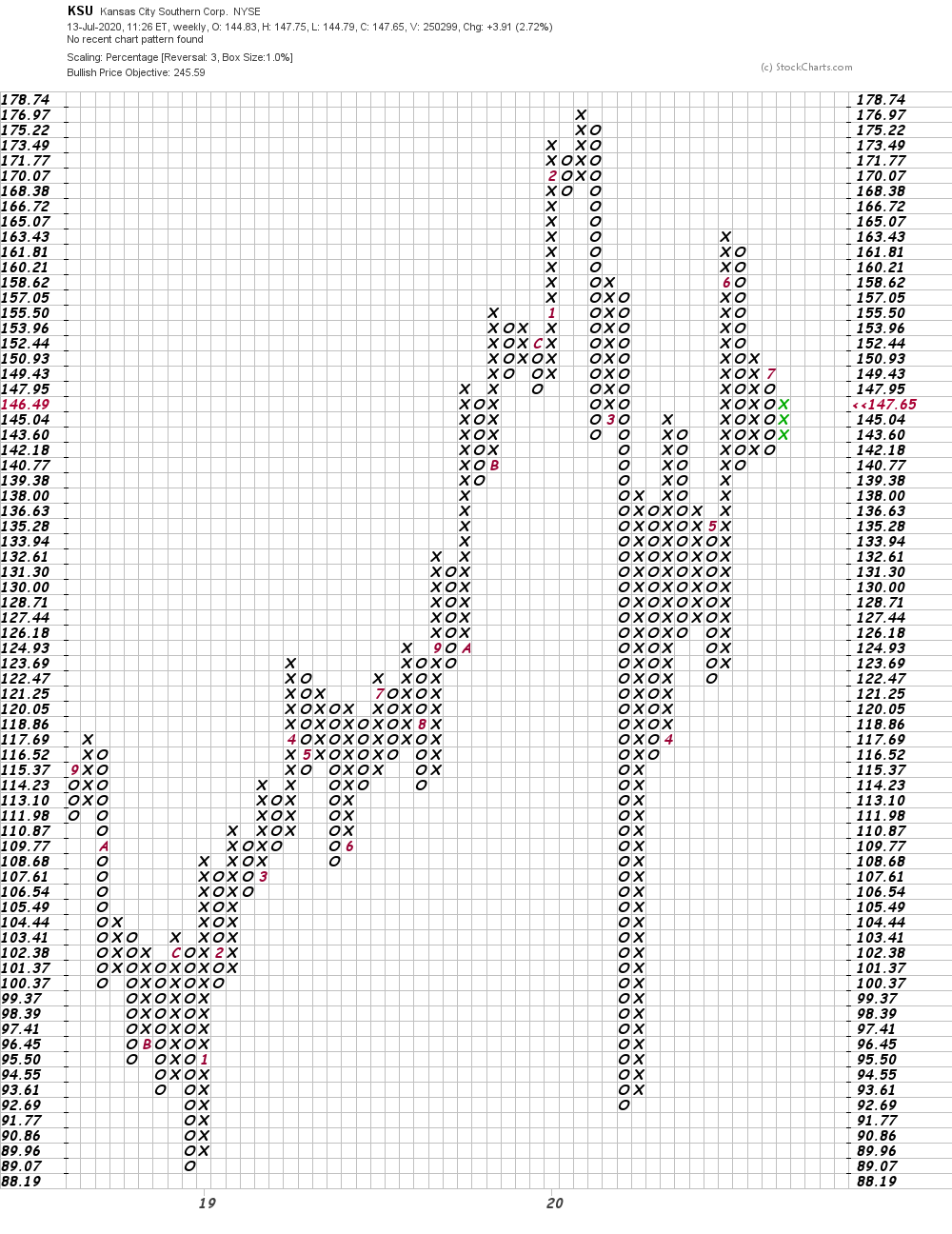 Bottom line strategy: It looks like KSU is getting ready to leave the station or in other words make an upside breakout. Traders could go long KSU at current levels risking two consecutive closes below $140. $169 and then $200 are our price targets for now.
Get an email alert each time I write an article for Real Money. Click the "+Follow" next to my byline to this article.
TAGS: Investing | Technical Analysis | Transportation

Steve Wynn Accused of Working for China to Lobby Trump

It will be interesting to see where traders might come in to cover shorts or to pick a bottom after the retailer's disappointing first-quarter results.

AeroVironment Is Ready Now to Rally: Here's Our Price Target

The stock could rise more than 20% from here.

Take-Two Takes It to the Upside

Let's check the charts again after an earnings-related rise.