Lots of media coverage of interest rates being at record lows, the yield curve inverting, and what it could mean for stocks and the economy. Just give me the simple life of some charts and indicators.

For many years I covered the fixed income markets using technical analysis and in general I found bond traders were the hardest to convince of their usefulness. Maybe that has changed from the mid-1980's but my forecasts and methods were largely scorned.

Let's check out a few charts of the popular TLT which is the iShares 20+ Year Treasury Bond ETF.

In this daily bar chart of TLT, below, we can see a low in early November. Prices quickly crossed above the moving averages and their slopes have been positive for months. TLT is above the rising 50-day moving average line and the rising 200-day line.

In late January we can see the 50-day average cross above the 200-day average for what is commonly called a bullish golden cross. This rally in bond prices should not be a surprise.

The daily On-Balance-Volume (OBV) line shows a steady and strong rise as buyers have been more aggressive.

The Moving Average Convergence Divergence (MACD) oscillator is above the zero line in a buy mode.

In this weekly bar chart of TLT, below, we can see how prices are breaking through the 2016 zenith.

Prices are above the rising 40-week moving average line.

The weekly OBV line is bullish and so is the MACD oscillator.

In this daily Point and Figure chart of TLT, below, we can see that prices reached a long-term price target of $144. 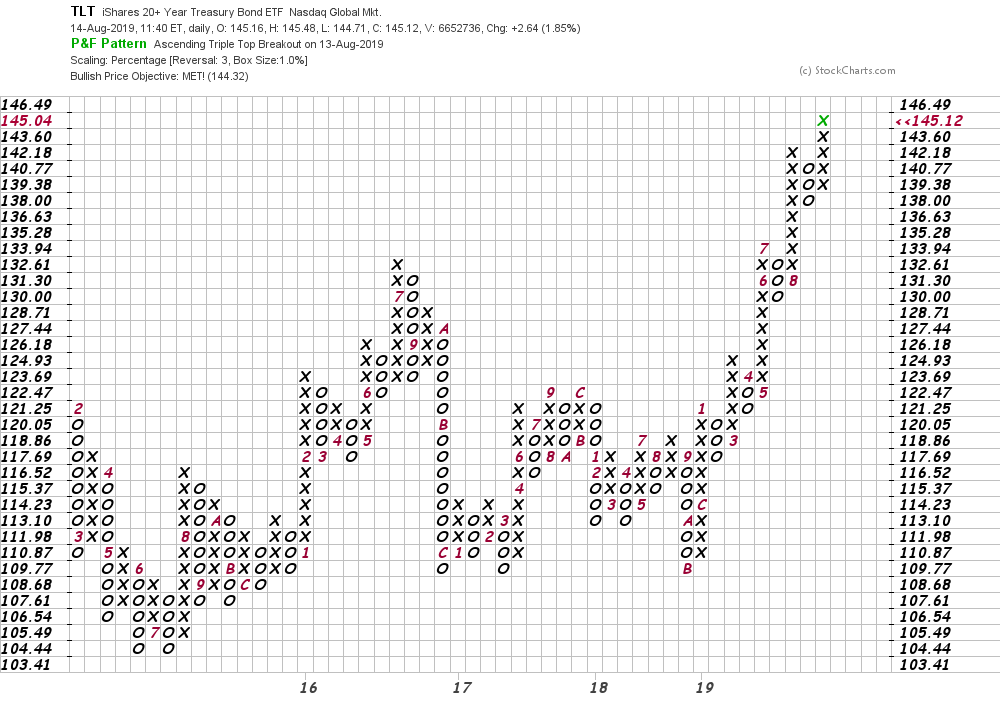 In this weekly Point and Figure chart of TLT, below, we can see a longer-term price target of $213 being projected. 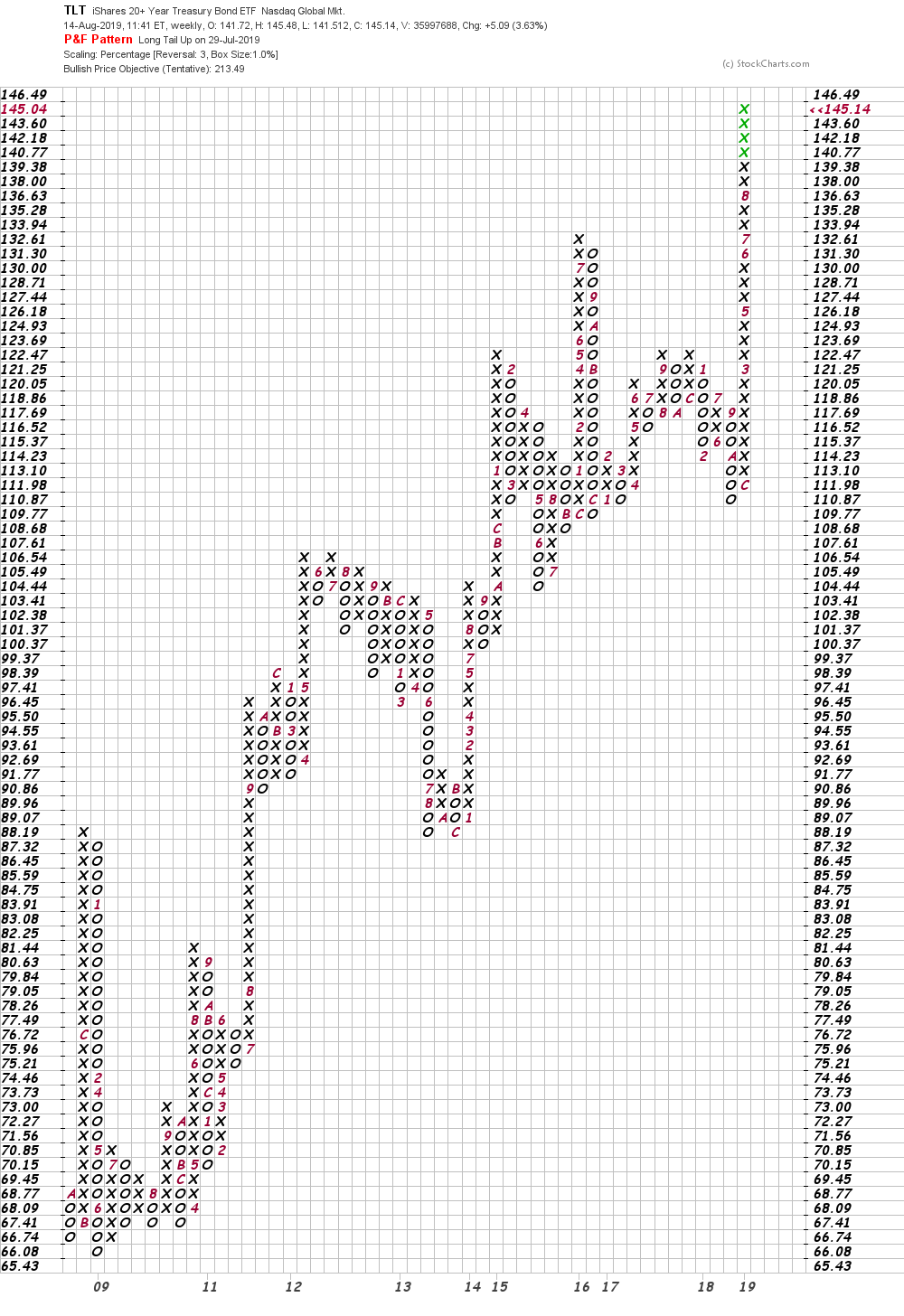 Bottom line strategy: This is a textbook example of why you should not fight the trend. It looks like rates can decline further in September and October.

Get an email alert each time I write an article for Real Money. Click the "+Follow" next to my byline to this article.
TAGS: Bonds | Fixed income | Interest Rates | Investing | Markets | Technical Analysis | Trading