Wednesday evening during the Mad Money program Jim Cramer mentioned Johnson & Johnson (JNJ) as a company that was less risky than some of the vaccine makers that have gotten frothy lately. Let's check out their charts.

In this daily bar chart of JNJ, below, we can see that prices made a slight new high this year after plunging sharply in February and March. Prices have drifted lower from late April into May but remain above the rising 50-day moving average line and the rising 200-day moving average line. The trading volume was very heavy into the March low and has tapered off over the past few weeks.
The On-Balance-Volume (OBV) line has declined sharply from early February to late March and then bounced into April before weakening again. The Moving Average Convergence Divergence (MACD) oscillator turned bullish in early April and by the end of the month it had turned lower for a take profit sell signal.

In this weekly Japanese candlestick chart of JNN, below, we can see a long sideways consolidation pattern capped on the upside around the $150 area. Prices broke above this ceiling briefly in February but last month we moved to yet a new high for the move up.
The recent candle patterns show a couple of lower shadows suggesting that traders and investors are rejecting the recent lows. The OBV line is bullish on this time frame and so is the MACD oscillator.

In this first Point and Figure chart of JNJ, below, we can see that prices have retreated a bit after the breakout at $153.96. An upside price target in the $183 area is being projected. 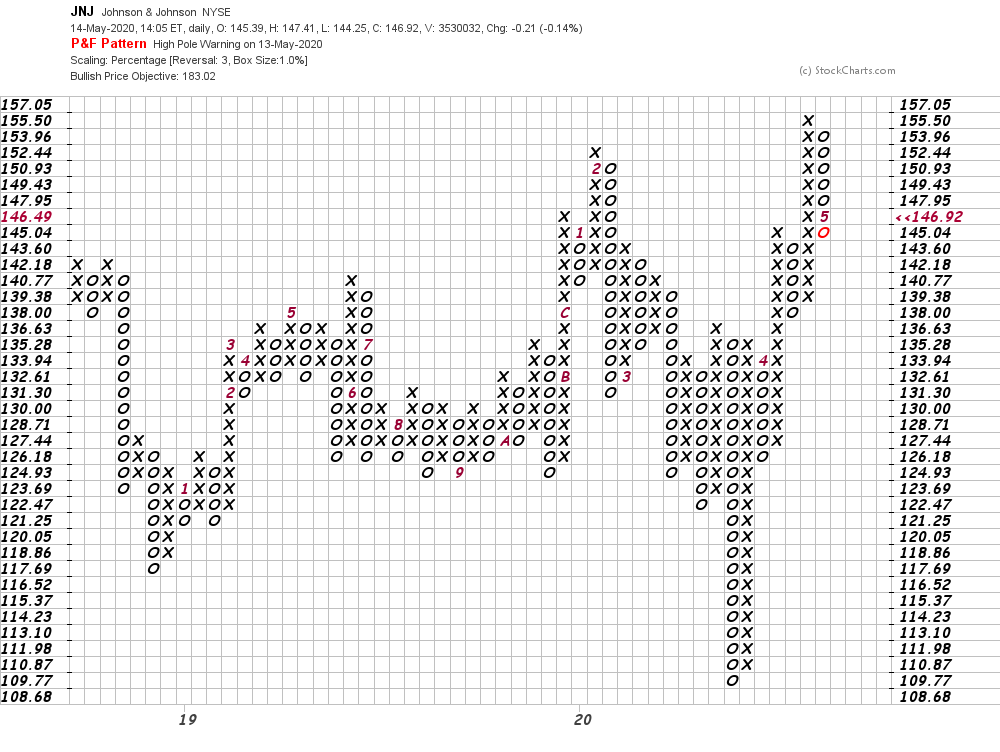 In this second Point and Figure chart of JNJ, below, we used a 5-box reversal to filter out jiggles of 3-boxes. Here we can see a target of $220. The pullback here looks "normal" and not the start of a new down move. 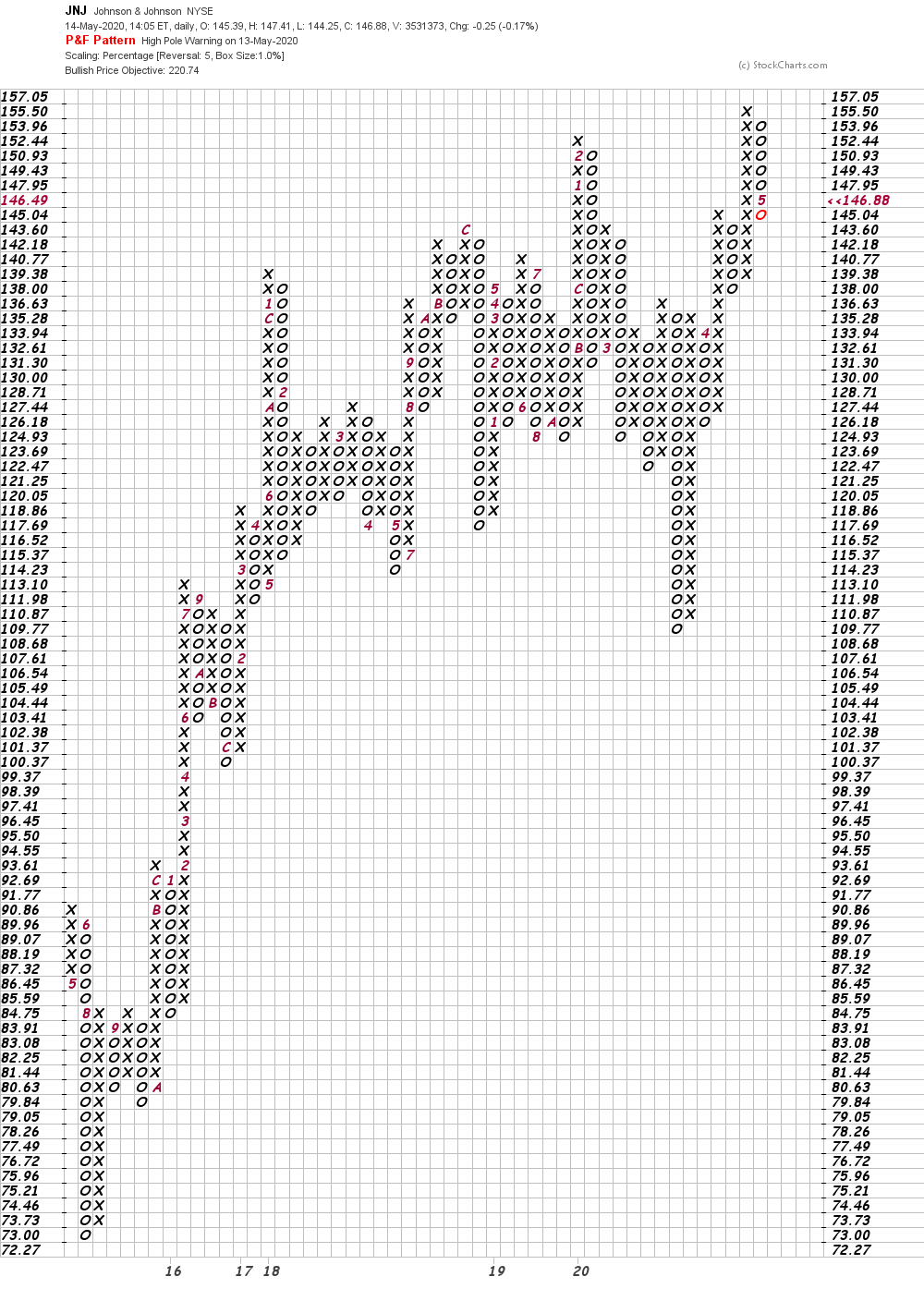 Bottom line strategy: With a number of market observers now fearing the next leg of the bear market, it is interesting to me to see JNJ making a pullback to its major breakout area. The broad market may be soft for another week but if I find more stocks in a similar position as JNJ I will not see a reason to join the bear camp.

Get an email alert each time I write an article for Real Money. Click the "+Follow" next to my byline to this article.
TAGS: Investing | Stocks | Technical Analysis | Trading | Health Care Equipment & Services | Healthcare | Personal Products | Pharmaceuticals | Mad Money