Verizon Communications (VZ) is a good stock to own, especially with it's 4.5% yield is what Jim Cramer thought of the company when he reviewed the components of the Dow Jones Industrial Average (DJIA).

In this daily bar chart of VZ, below, we can see that prices have been rolling over since September. What looked like an upside breakout in December is now just part of a topping process. Interesting how the charts can change. VZ is now below both the declining 50-day moving average line and the bearish 200-day line.
The 50-day line is poised to move below the 200-day line for what is commonly referred to as a dead or death cross. While this signal is typically late it can be effective in a long-trending market.
The daily On-Balance-Volume (OBV) line shows a peak in early February and the Moving Average Convergence Divergence (MACD) oscillator gave an outright sell signal in early January when it crossed below the zero line.

In this weekly bar chart of VZ, below, we can see that the price action in the $52-$62 area could be considered a top pattern. Hindsight is amazing. A weekly close below $52 will put many investors under water.
The slope of the 40-week moving average is now negative. The weekly OBV line has turned lower and the MACD oscillator on this longer time frame is bearish.

In this first Point and Figure chart of VZ, below, we used daily price data. A potential downside price target of $50 is being projected. 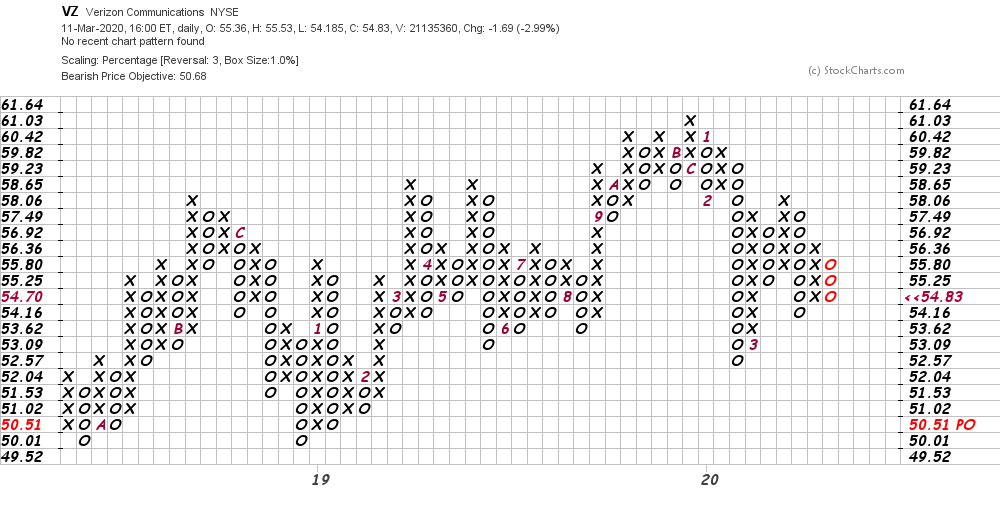 In this second Point and Figure chart of VZ, below, we used weekly price data. If prices reach the daily price target of $50 it will weaken this weekly chart. Further declines are likely. 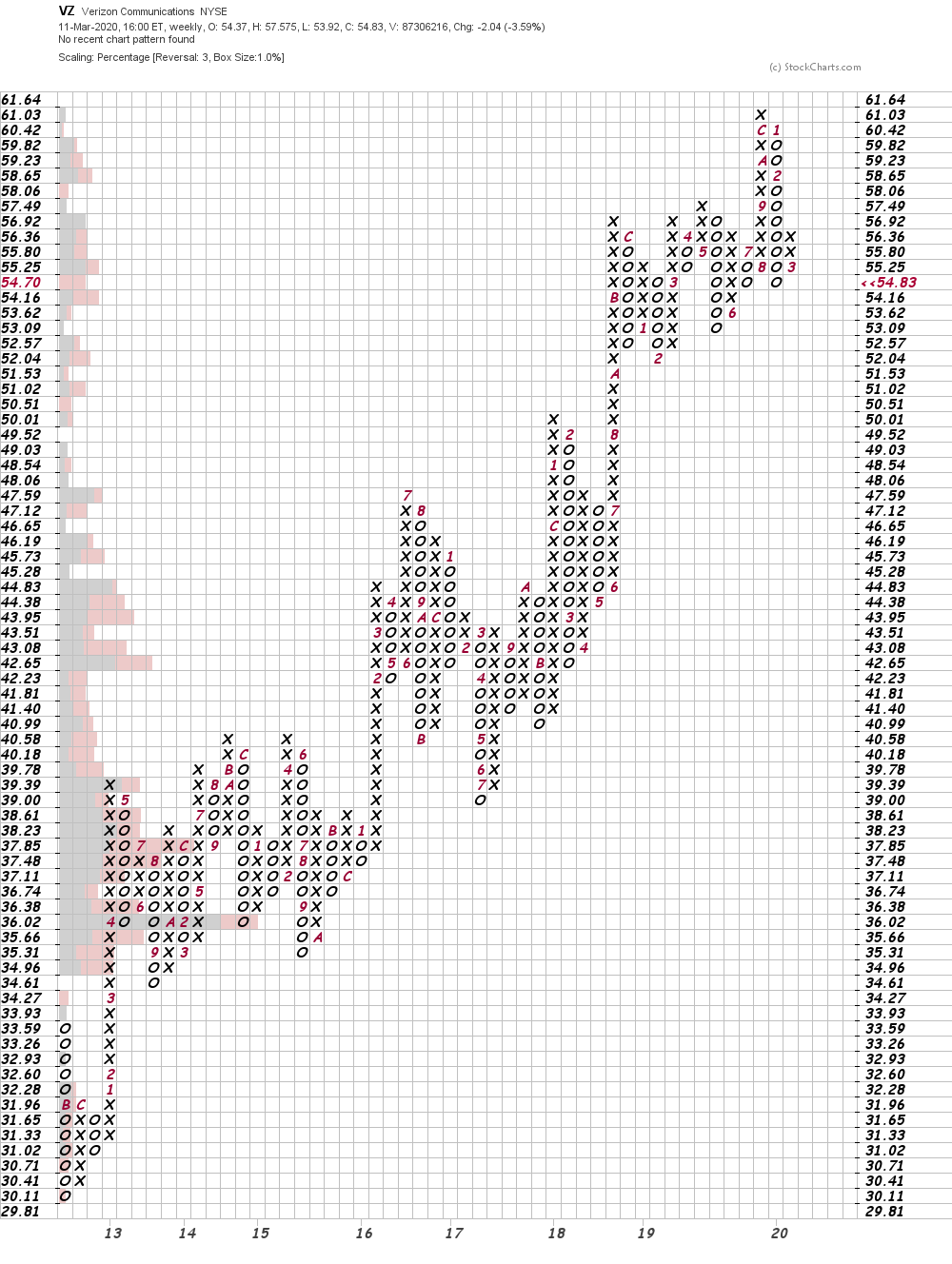 Bottom line strategy: Even good companies with attractive dividends are likely to suffer in the current environment. For now the charts of VZ are pointed lower.
Get an email alert each time I write an article for Real Money. Click the "+Follow" next to my byline to this article.
TAGS: Investing | Stocks | Technical Analysis | Trading | Telecommunications | Business Communications | Mad Money | Telecom Services