Shares of Intel (INTC) are up sharply Tuesday in heavy turnover following the announcement by the chip maker and technology company that it was going to sell a piece of its Mobileye self-driving car technology. This sale could raise billions of dollars for Intel.

In this daily bar chart of INTC, below, we can see that prices gapped higher Tuesday but closed near the low of the day. An intraday pullback tells me that traders are willing to take a quick profit rather than holding for still higher prices in the days ahead. This kind of price action also tells me that the gap could be filled. Prices have so far stopped short of the underside of the declining 200-day moving average line but remain above the declining 50-day line.
The On-Balance-Volume (OBV) line shows a bearish decline from April and a very slight upturn in recent days. The Moving Average Convergence Divergence (MACD) oscillator shows some recent improvement but is still below the zero line.

In this weekly Japanese candlestick chart of INTC, below, we see a mixed picture. Prices are in a longer-term decline as they trade below the declining 40-week moving average line. On the plus side we can see some lower shadows near $48 as traders appear to be rejecting that price area. On the negative side the latest candle shows an upper shadow as traders rejected the surge higher on Tuesday.
The weekly OBV line is pointed down but shows some improvement in November. The MACD oscillator is narrowing and could soon give us a cover shorts buy signal.

In this daily Point and Figure chart of INTC, below, we can see that the software is projecting a potential downside price target of $39. 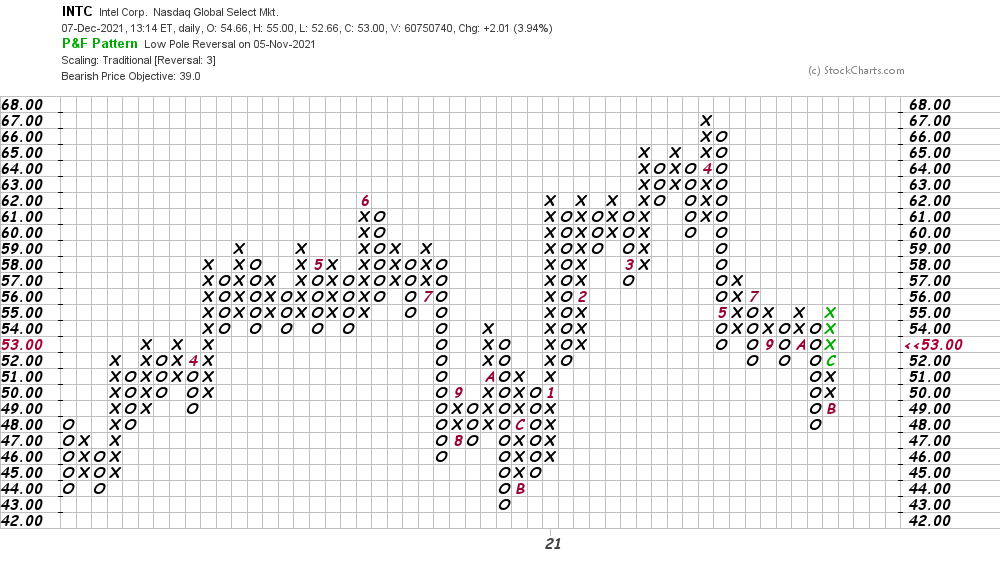 In this first weekly Point and Figure chart of INTC, below, we can see the $39 price target again. 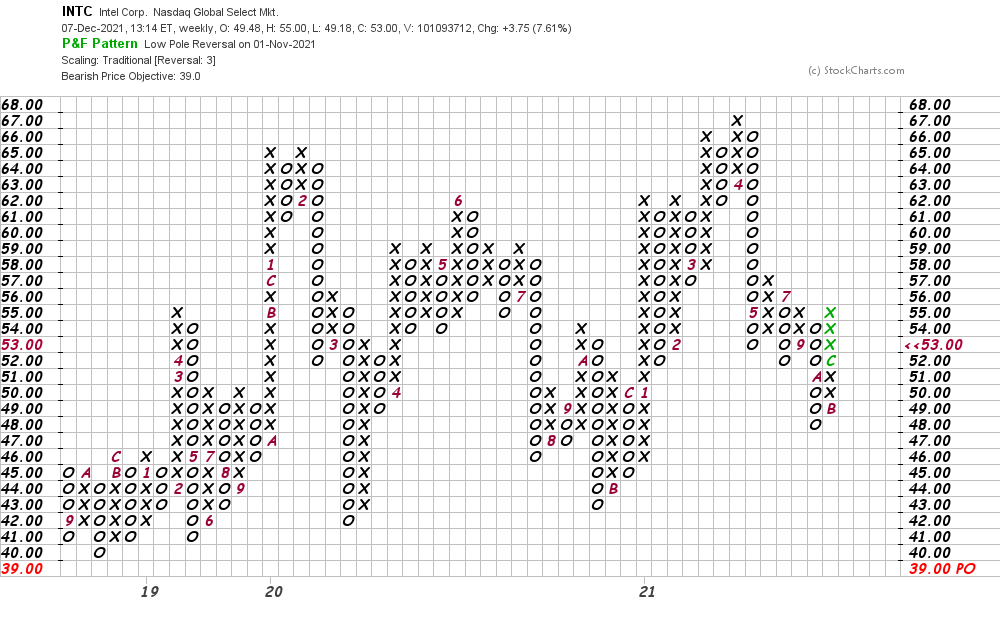 In this second weekly Point and Figure chart of INTC, below, we used a percentage change move for the scaling. Here the software is giving us an upside price target in the $67 area. 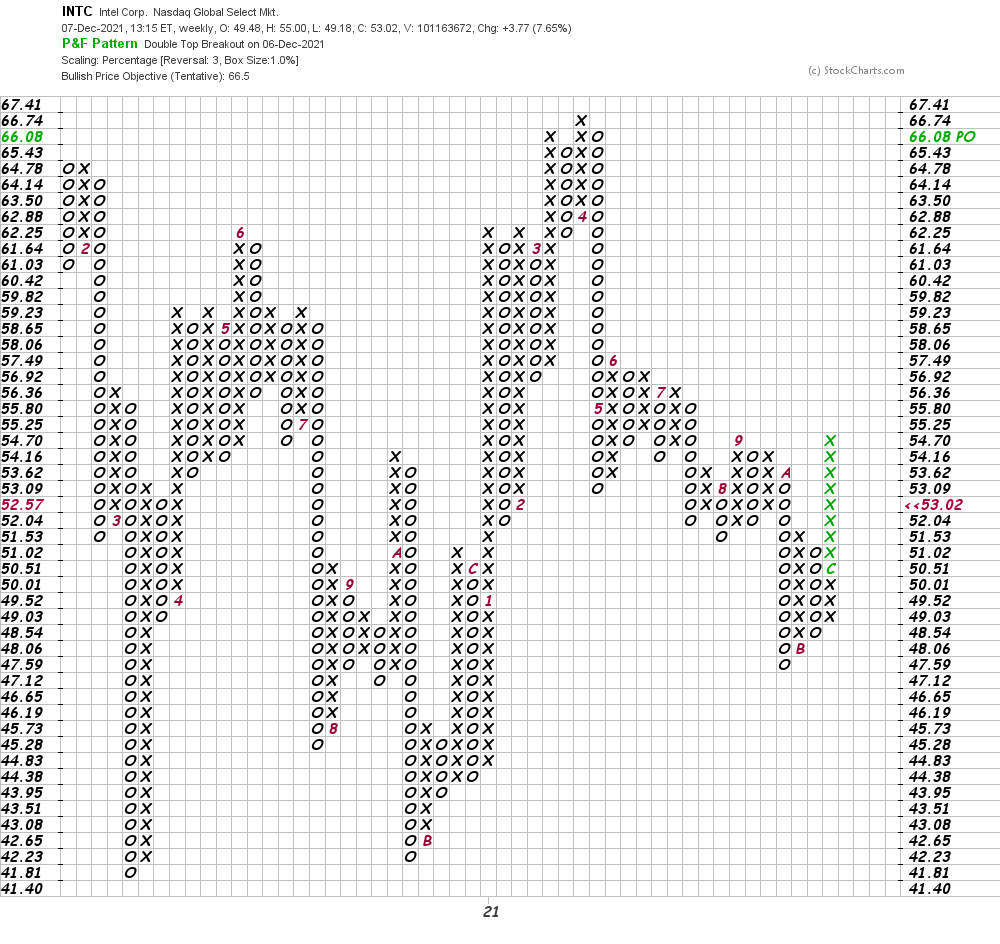 Bottom line strategy: The charts of INTC are mixed. Yes the spin off of Mobileye could yield the company billions but the charts are not (yet) strong enough to anticipate a sustained advance.
Get an email alert each time I write an article for Real Money. Click the "+Follow" next to my byline to this article.
TAGS: Restructuring | Investing | Stocks | Technical Analysis | Trading | Semiconductors & Semiconductor Equipment | Technology | Technology Hardware & Equipment