During last night's Mad Money Lightning Round Monday night Jim Cramer said this about Callaway Golf Co. (ELY) : "This one has pulled back and it's a buy, buy, buy."

I know nothing about the game of golf but I think I know something about charts. Let's see where the charts of ELY line up.

In the daily bar chart of ELY, below, we can see that prices declined sharply in the fourth quarter last year. Prices went into a sand trap with two downside gaps and heavy volume. ELY did not make a low until late December and then we saw a retest last month. The chart looks like a small five-month base or consolidation pattern.

Volume has been increasing from January which is positive but the On-Balance-Volume (OBV) line has been up and down this year. The Moving Average Convergence Divergence (MACD) oscillator has been crisscrossing the zero line since February and recently crossed to the upside for a cover shorts buy signal.

The weekly OBV line peaked with prices in September and made a relatively shallow decline especially compared to the price drop. The weekly MACD oscillator has been improving since early March. 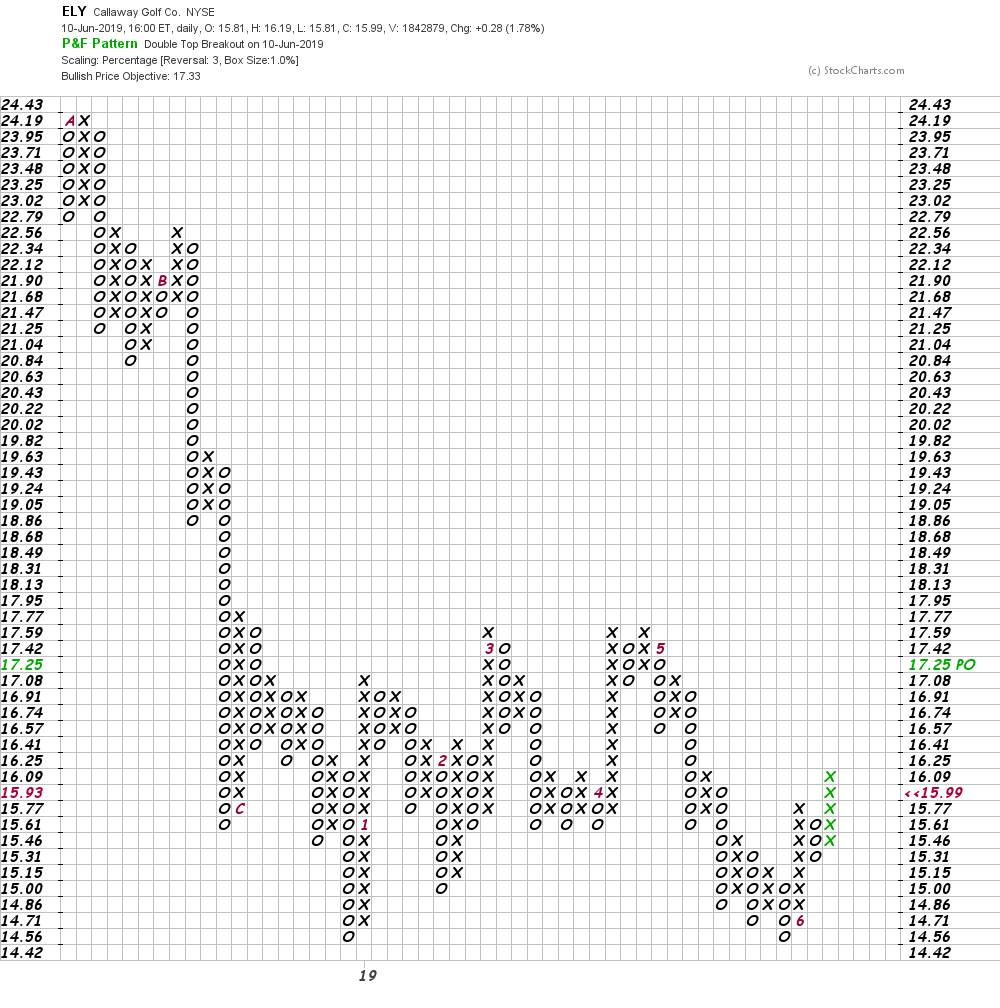 Bottom-line strategy: ELY has some hurdles to clear such as closing above the 50-day and the highs of March and April, but if Tiger can make a comeback maybe ELY can too.

Get an email alert each time I write an article for Real Money. Click the "+Follow" next to my byline to this article.
TAGS: Investing | Technical Analysis | Sports business | Mad Money | Sports

Jim Cramer: This Moment Is One of the Toughest I Have Seen in Corporate America

The stock market's rise might have ended after the cliff, not before it.

It's the 'Others' Turn to Rally

Let's look at why value stocks are so oversold and the two ways to resolve the deterioration underneath.