A sell-side firm told clients Tuesday that AmerisourceBergen (ABC) was a recession proof stock that should be bought. Let's check out the charts and indicators of this drug wholesale company.

In this daily bar chart of ABC, below, we can see that prices have been pulling back from their April peaks. ABC is trading below the cresting 50-day moving average line but above the rising 200-day line.
The On-Balance-Volume (OBV) line shows a strong gain from early December and confirms the bullish price move. In the past six weeks as prices eased lower the OBV line has remained pretty stable suggesting that bulls and bears are in balance.
The Moving Average Convergence Divergence (MACD) oscillator is below the zero line but only slightly in sell territory.

In this weekly Japanese candlestick chart of ABC, below, we can see some toppy price action in April. Prices have moved more sideways than lower in the past six weeks. Prices trade above the rising 40-week moving average line.
The weekly OBV line shows a decline from early April telling us that sellers of ABV have been more aggressive recently. The MACD oscillator has crossed to the downside for a take profit sell signal.

In this daily Point and Figure chart of ABC, below, we can see a potential downside price target in the $129 area. A trade at $145.04 or lower is needed to refresh the downtrend. 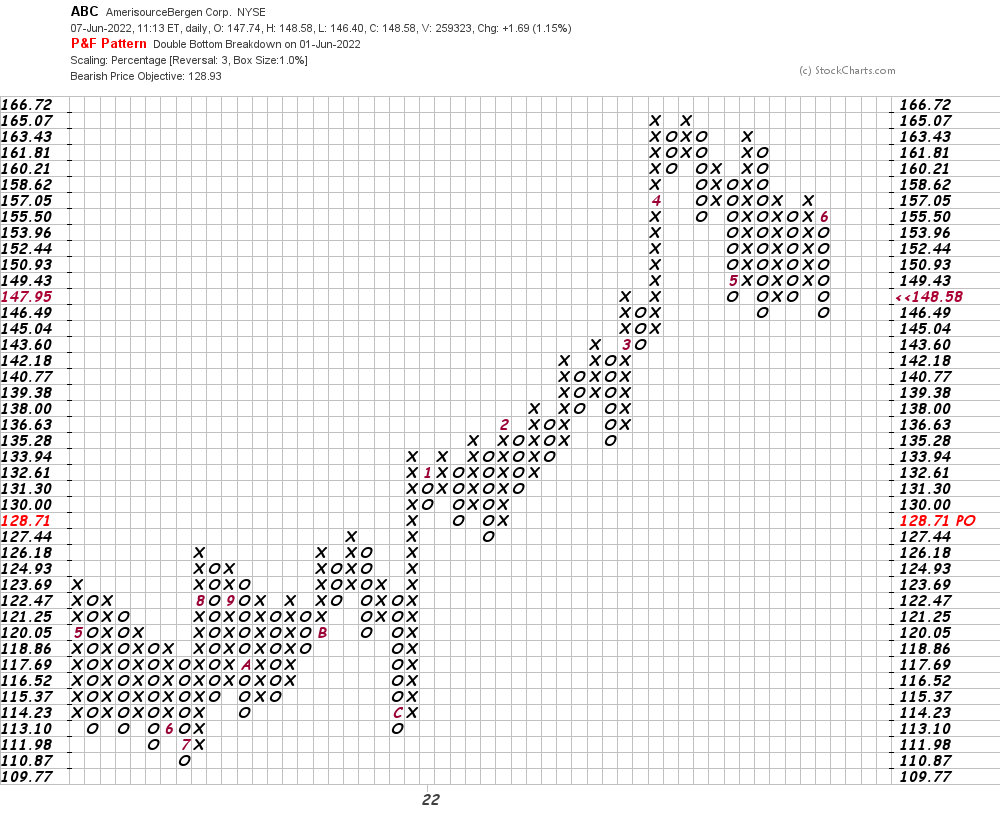 In this weekly Point and Figure chart of ABC, below, we can see a potential upside price target in the $176 area. 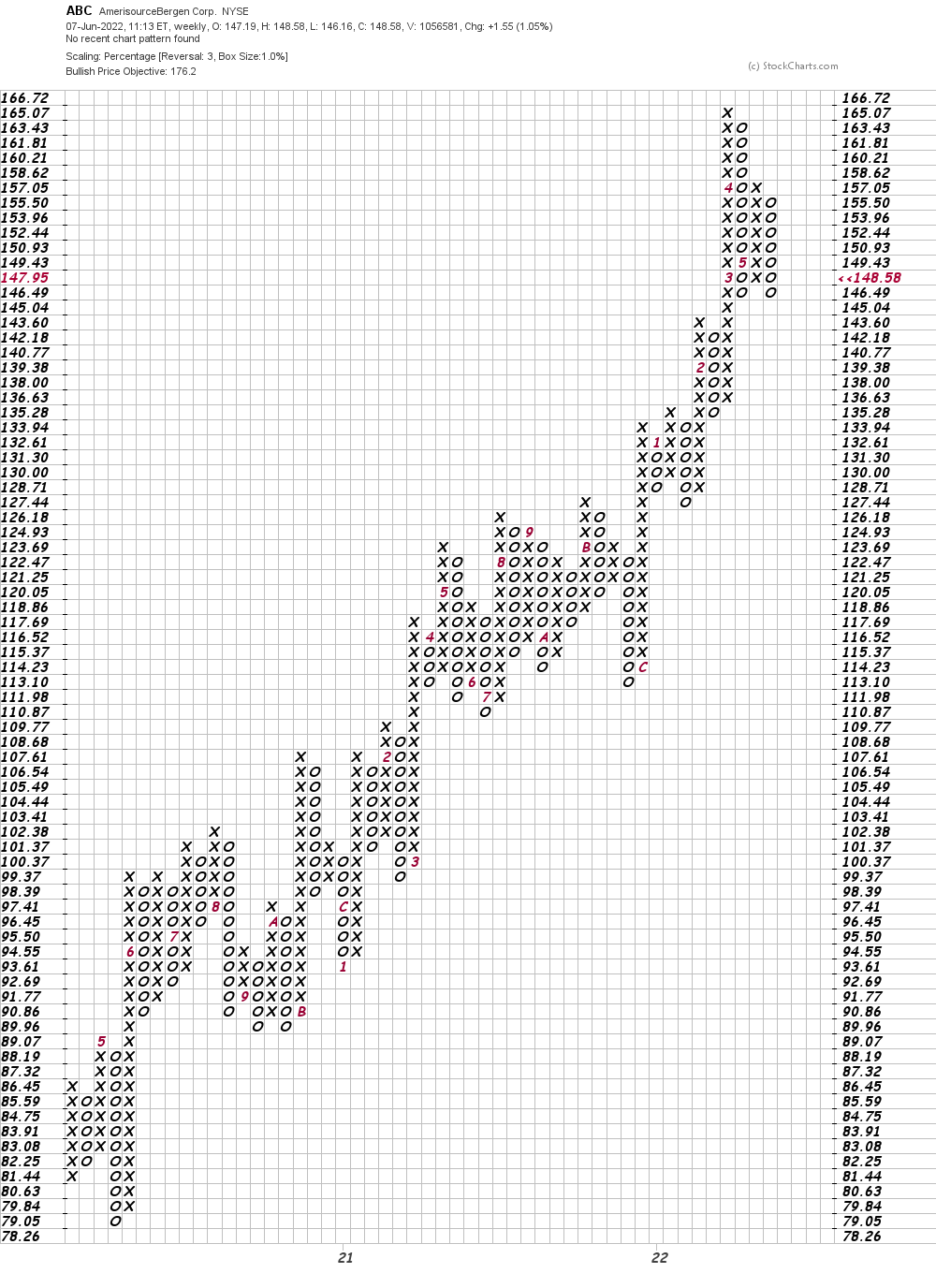 Bottom line strategy: ABC is trying to hold in the $150-$145 area and rally. Traders should wait for strength above $153 before probing the long side. Risk to $144. The $176 area is our price target.
Get an email alert each time I write an article for Real Money. Click the "+Follow" next to my byline to this article.
TAGS: Investing | Stocks | Technical Analysis | Trading | Pharmaceuticals | Analyst Actions