One Mad Money regular and caller during Wednesday's fast-paced Lightning Round asked about International Paper (IP) .  "They're a play on worldwide growth and there isn't enough, so we're going to stay away from IP," said Jim Cramer. Let's check out a few charts and indicators and see if they agree.

In this daily bar chart of IP, below, we can see a downtrend playing out over the past twelve months. Prices made lower lows into late December and while prices have just broken (by just a hair) the November highs, I would consider the downtrend still in force. Prices have rallied above the now flat 50-day moving average line but they remain below the declining 200-day average line. The $50-$56 area from March through September looks like significant resistance. Trading volume since the late December low has been less than impressive and the daily On-Balance-Volume (OBV) line has not broken above its November high. The Moving Average Convergence Divergence (MACD) oscillator moved above the zero line in January for a buy signal but it has since crossed to the downside for a take profits sell signal. This indicator display is just not strong enough to impress buyers.

In this weekly bar chart of IP, below, we do not have a bullish picture. Prices are below the declining 40-week moving average line. Volume has declined since October. The OBV line is neutral while the MACD oscillator crossed to the upside for a cover shorts buy signal. 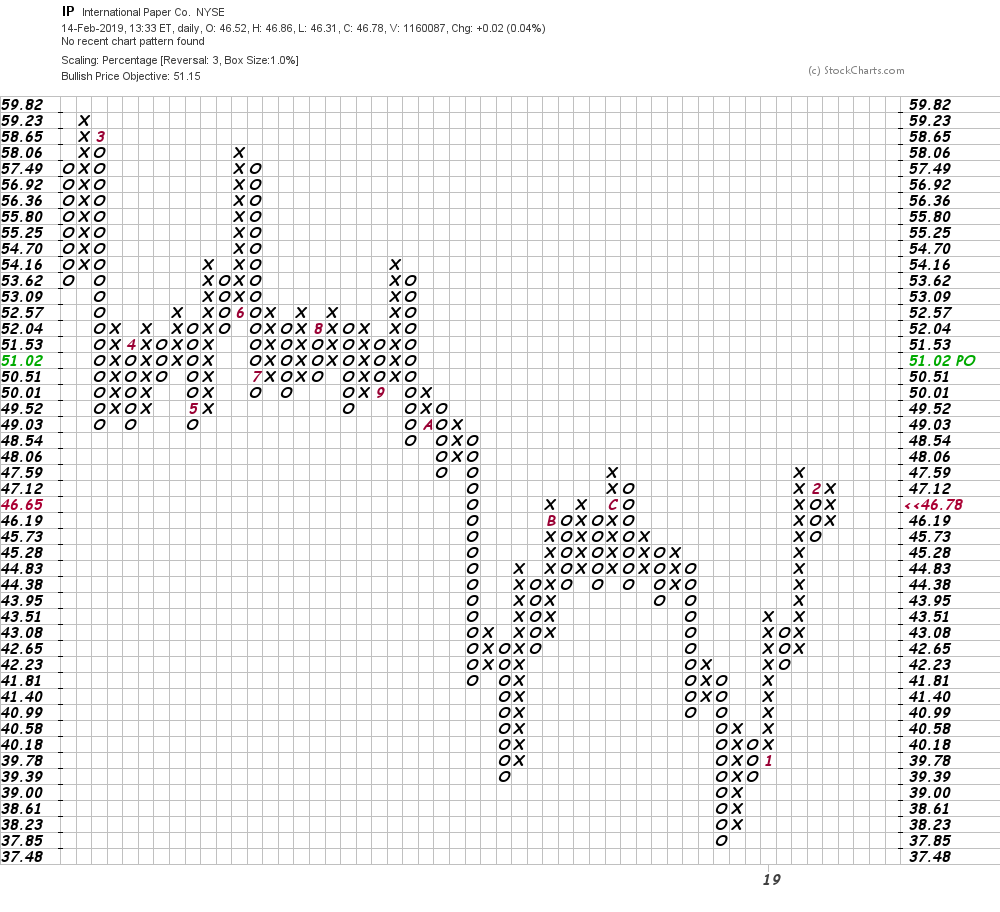 Bottom line strategy: with considerable chart resistance in the $50-$56 area the upside of IP is not that attractive at this point in time.

Get an email alert each time I write an article for Real Money. Click the "+Follow" next to my byline to this article.
TAGS: Investing | Technical Analysis | Industrial Goods | Mad Money