Gelsinger started off by celebrating the 50th anniversary of the Intel 4004 chip, the world's first microprocessor.

Intel is betting big on this latest generation of processors, and has a five-year plan to capitalize on it. Gelsinger said he's building two new foundries to manufacture it and has a clear vision for where Intel will be going.

Gelsinger also talked about the importance of the Chips Act, currently working through Congress. Under the plan, the government will provide $1 for every $2 that companies invest into new chip foundries in the U.S. He said it's vital that the U.S. recapture semiconductor manufacturing, and once new foundries are built, the rest of the supply chain will soon follow.

Let's check out the charts of INTC.

In our last review of INTC back on Oct. 22 we wrote that "Hopefully you did not go long INTC above $55. The downtrend resumes and now the $44 area is the price target."

In the updated daily bar chart of INTC, below, we can see that the shares have bounced a little this month but have stopped at the underside of what is prior support in the $52 area. INTC is trading below the declining 50-day moving average line and the declining 200-day line.

The On-Balance-Volume (OBV) line bounced in November but its longer-term decline is still intact. The Moving Average Convergence Divergence (MACD) oscillator crossed to a cover shorts buy signal but looks like it could soon cross to the downside again.

In the weekly Japanese candlestick chart of INTC, below, we still see a problematic picture. Prices are trading below the declining 40-week moving average line. We can see a lower shadow around $48 but one shadow is not really convincing.

Trading volume increased on the last decline telling us that traders are still voting with their feet. The weekly OBV line is pointed lower and the MACD oscillator is bearish but does show some narrowing.

In this daily Point and Figure chart of INTC, below, we can see a new lower price target of $40. 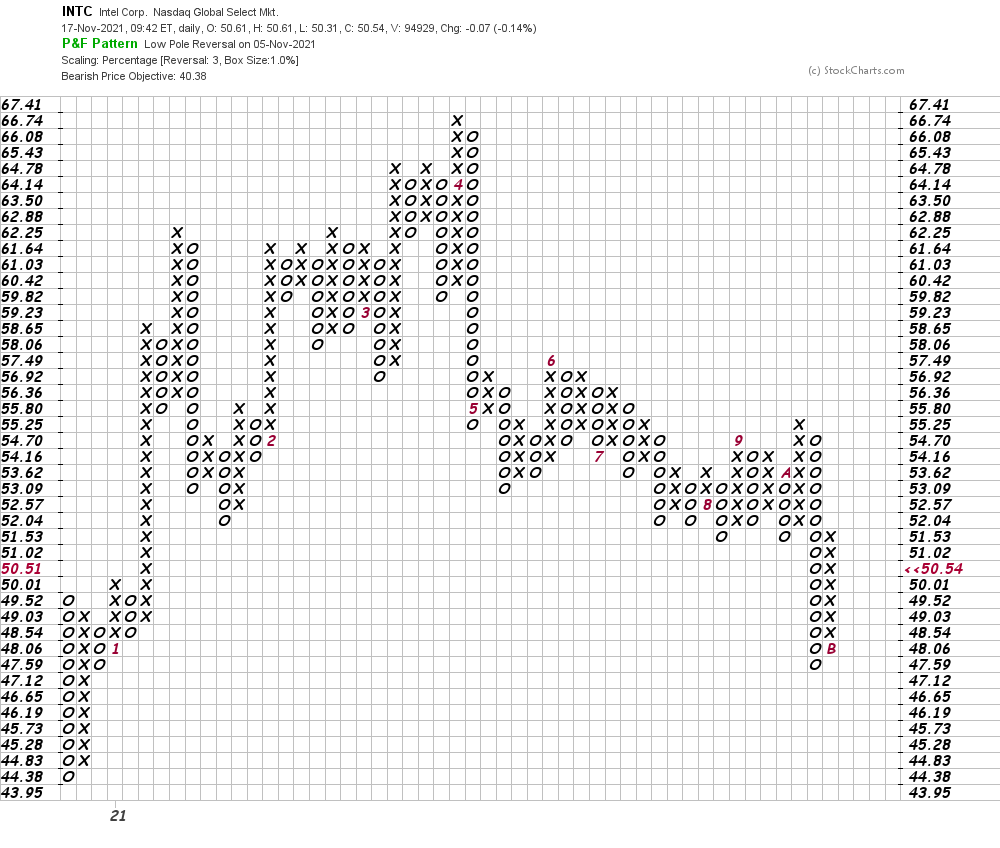 In this weekly Point and Figure chart of INTC, below, we can see a $41 price target. 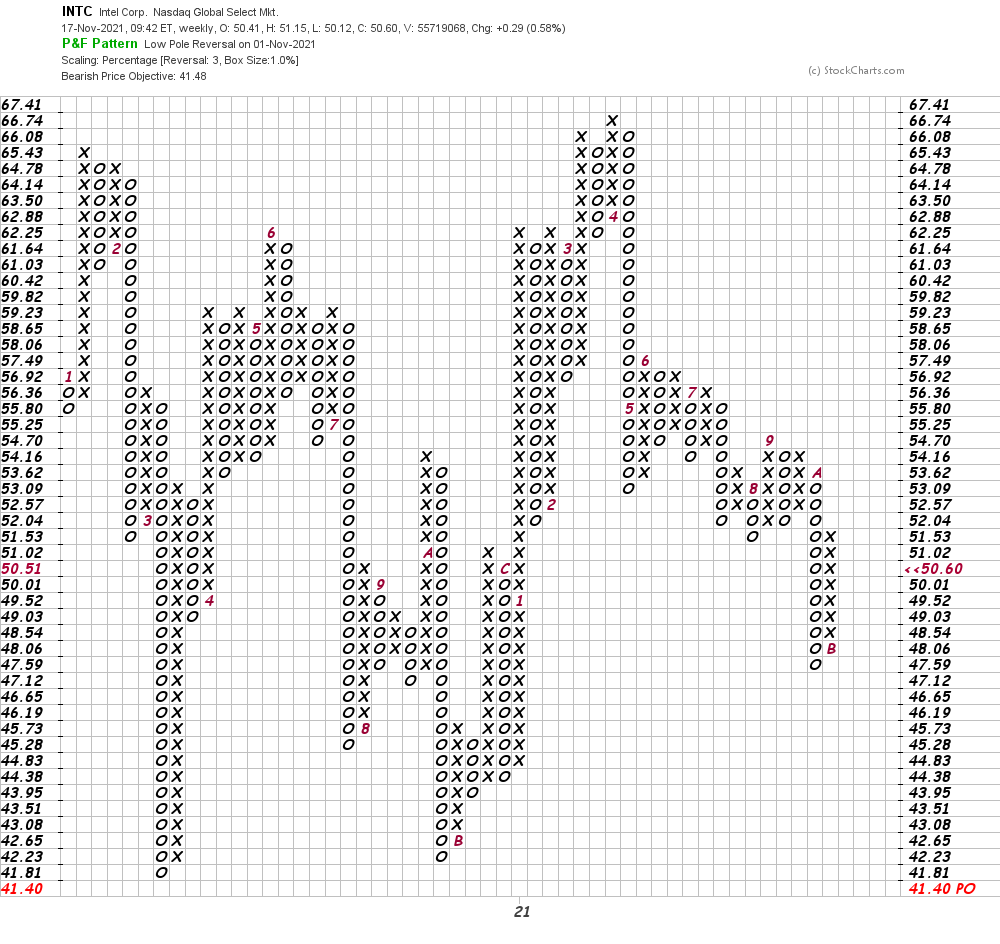 Bottom-line strategy: Shares on INTC might bounce further on the upside but without a base pattern in place I fear the path of least resistance is still lower. Our Point and Figure charts point to the $41-$40 area. Avoid the long side of INTC for now.

Get an email alert each time I write an article for Real Money. Click the "+Follow" next to my byline to this article.
TAGS: Investing | Technical Analysis | Semiconductors & Semiconductor Equipment | Technology | Mad Money | Executive Interview