Shares of Intel (INTC) are down sharply today on reports of market share gains by Advanced Micro Devices (AMD) .

Let's check on the charts to see how much damage is being done.

The On-Balance-Volume (OBV) line has slumped to a new low for the move down, telling us that traders of INTC have been more aggressive sellers. The Moving Average Convergence Divergence (MACD) oscillator has been below the zero line since April.

In this weekly Japanese candlestick chart of INTC, below, we see a vulnerable picture. Prices are pointed down as they trade below the 40-week moving average line. There were a couple of lower shadows near $54 telling us that traders had rejected those levels but this time those lower prices are not being rejected.
The weekly OBV line has been strong even as prices have weakened. This could mean the potential decline will be more damaging as there are a lot of new longs with losses. The MACD oscillator is close to crossing the zero line for a sell signal.

In this daily Point and Figure chart of INTC, below, we can see that prices are pointed down with a $51 price target. 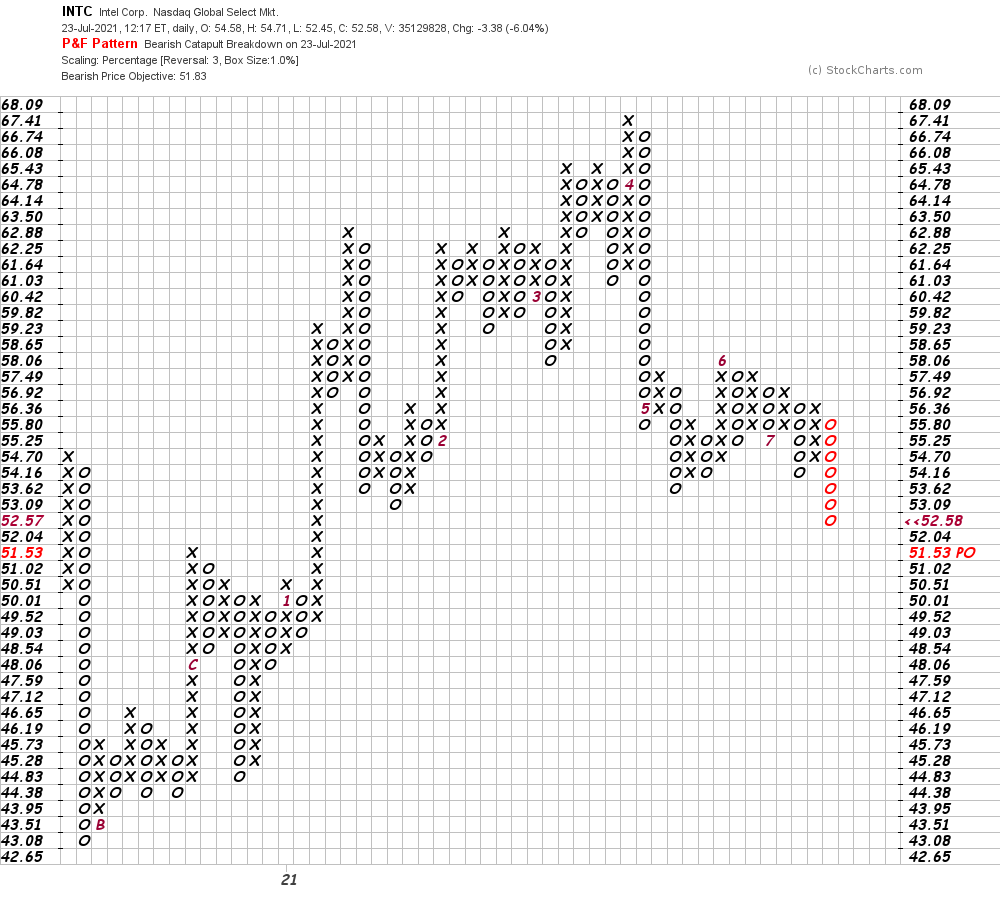 In this weekly Point and Figure chart of INTC, below, we can see a potential price target in the $40 area. 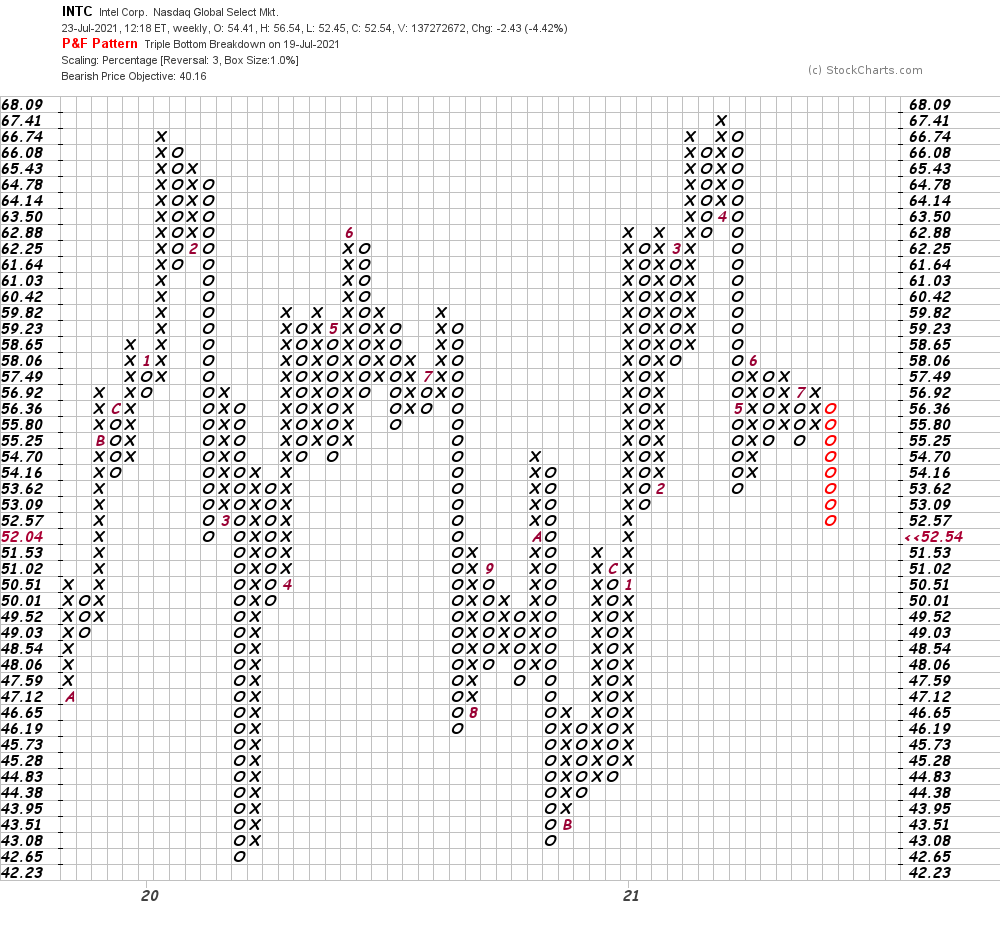 Bottom line strategy: INTC was starting to show problems back on April 23, and now the charts and indicators for INTC are weak and pointed lower. Avoid the long side.
Get an email alert each time I write an article for Real Money. Click the "+Follow" next to my byline to this article.
TAGS: Earnings | Investing | Stocks | Technical Analysis | Trading | Semiconductors & Semiconductor Equipment | Technology