International Business Machines (IBM) is a member of the club of 30 - the Dow Jones Industrial Average (DJIA) and even has a nickname - Big Blue. Let's check out the charts of IBM to see if they can lift the DJIA higher in the weeks ahead.

In this daily bar chart of IBM, below, we can see that prices have broken out over the high of January and April. Prices trade above the rising 50-day moving average line and above the bottoming 200-day line.
The On-Balance-Volume (OBV) line shows a rise from early March telling us that buyers of IBM are being more aggressive. The Moving Average Convergence Divergence (MACD) oscillator is in a bullish alignment above the zero line.

In this weekly Japanese candlestick chart of IBM, below, we can see a rising pattern going back to early 2020. Prices have retreated from the $145 level a few times but now look poised for continued strength. Prices trade above the bottoming 40-week moving average line.
The weekly OBV line has been steady the past five months and is close to making a new high of its own to confirm the new price highs. The MACD oscillator has recently moved above the zero line for an outright buy signal. 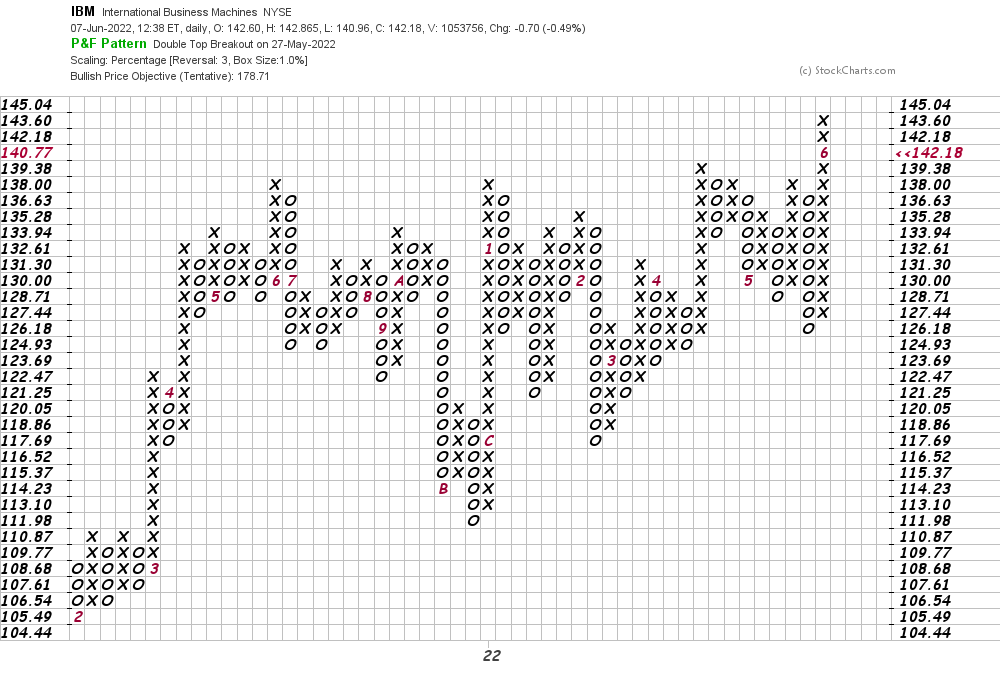 In this weekly Point and Figure chart of IBM, below, we used a five box reversal filter. Here the software projects a price target in the $202 area. 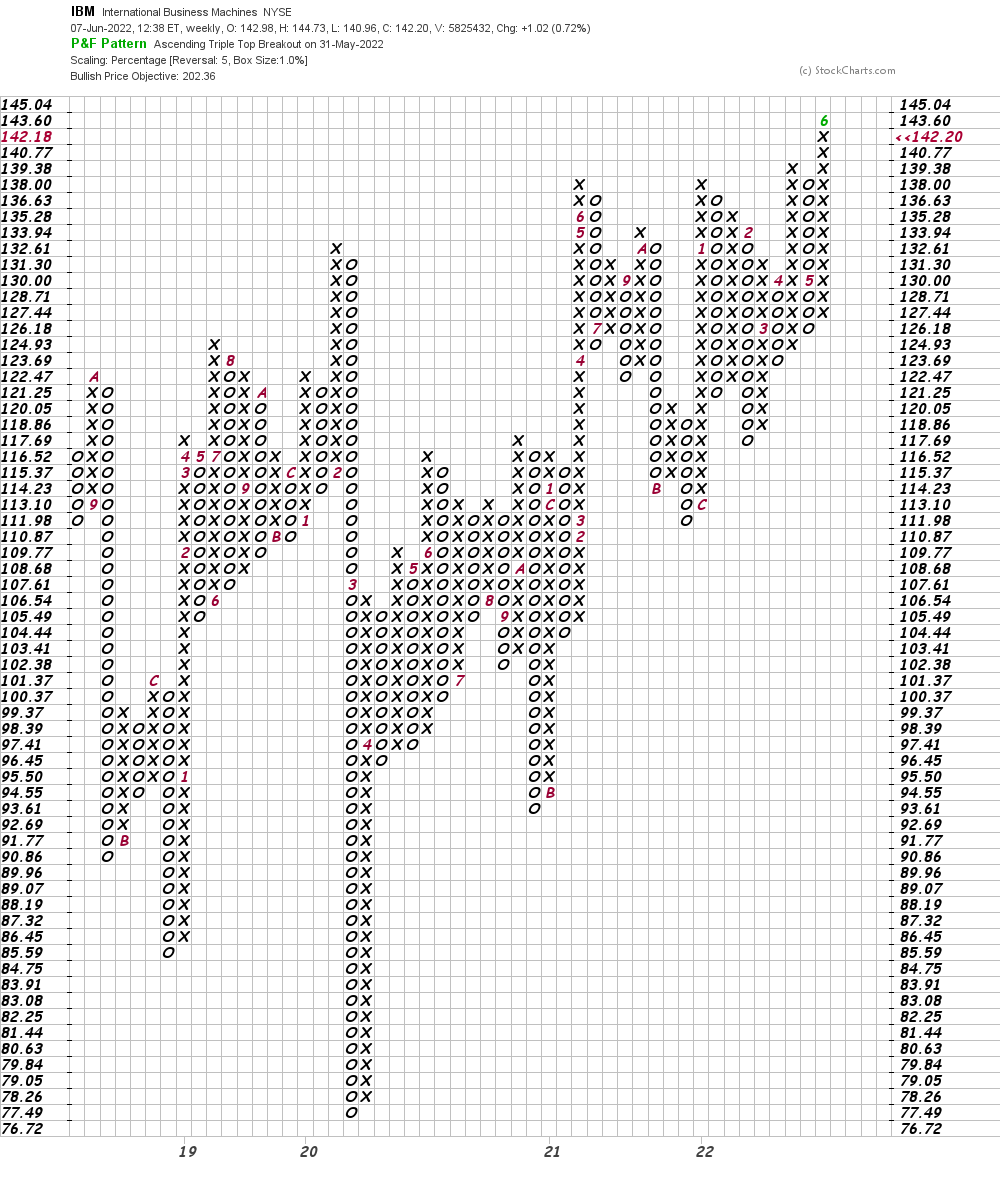 Bottom line strategy: Aggressive traders could go long IBM at current levels and on available weakness. Risk to $133 for now. The $179 area is our price target for now.
Get an email alert each time I write an article for Real Money. Click the "+Follow" next to my byline to this article.
TAGS: Investing | Markets | Stocks | Technical Analysis | Trading | Technology