International Business Machines, aka IBM (IBM)  , was reviewed just before the company released its earnings numbers, and we outlined a strategy of going long: "IBM's charts and indicators are shaping up for a strong fourth-quarter rally. Traders and investors could go long on strength above $145 and $150. Risk a close below $135."

Prices did not rally after the numbers and instead gapped lower so traders should not have gotten long. IBM declined to near the Point and Figure "price target of around $132." The gap to the downside has so far not started a new leg to the downside, so let's look at a quick-turning candlestick chart.

In this daily Japanese candlestick chart of IBM, below, we can see that Monday's pattern was a doji where the opening price and the closing price are the same or nearly the same. This pattern suggests that buyers and sellers are in balance. If today's bar shows that prices can close above today's opening of $132.55 then we will have some confirmation that we are seeing a bottom reversal.

In this updated Point and Figure chart of IBM, below, we can see that prices have met their downside price target and that a trade at $128.71 would be a new low for the move down and that would be a good place to stop out any new longs. 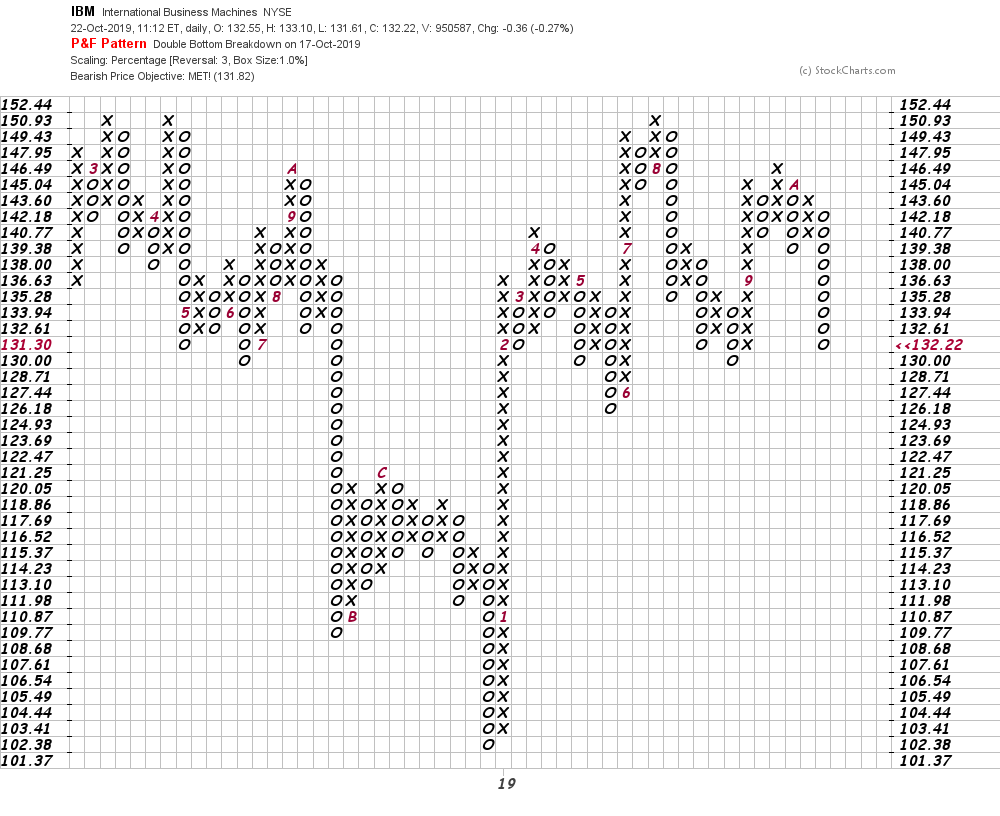 Bottom line strategy: Japanese candlestick charts were designed to spot reversals. A doji is a potential reversal pattern if it exists at the end of a trend and we get confirmation. Assuming IBM closes above today's opening of $132.55, then aggressive traders could go long IBM and risk below $128.71.
Get an email alert each time I write an article for Real Money. Click the "+Follow" next to my byline to this article.
TAGS: Investing | Stocks | Technical Analysis | Trading | Software & Services | Technology | Technology Hardware & Equipment | Mad Money