The stock market runs on cycles, Jim Cramer reminded his Mad Money viewers Tuesday evening, and in this market, we've got a ton of them. In fact, there are almost too many mini-bull markets to mention.

Cramer called out the bull market in semiconductor equipment Tuesday night. We need to make more chips, he said, and companies like Applied Materials (AMAT) can make that happen.

Let's look at the charts of AMAT. On May 5 we wrote that "I have recommended a sell stop at $124 on AMAT and Jim Cramer told a Mad Money viewer that $118 needs to hold. Take your pick."

In this daily bar chart of AMAT, below, we can see that both the $124 level and the $118 level were broken. A stop below $115 would have been successful in hindsight. Now AMAT is pointed higher again as it is trading back above the rising 50-day moving average line.

The On-Balance-Volume (OBV) line looks like it made a low earlier this month and the Moving Average Convergence Divergence (MACD) oscillator has crossed to the upside for a cover shorts buy signal and it is close to an outright buy message.

In this weekly Japanese candlestick chart of AMAT, below, we can see a couple of lower shadows below $120 as traders rejected those lows. The slope of the 40-week moving average line is positive.

The weekly OBV line looks like it is going to turn higher to confirm the price gains. The MACD oscillator is narrowing towards a new buy signal, in my opinion.

In this daily Point and Figure chart of AMAT, below, we can see a potential upside price target in the $176 area. 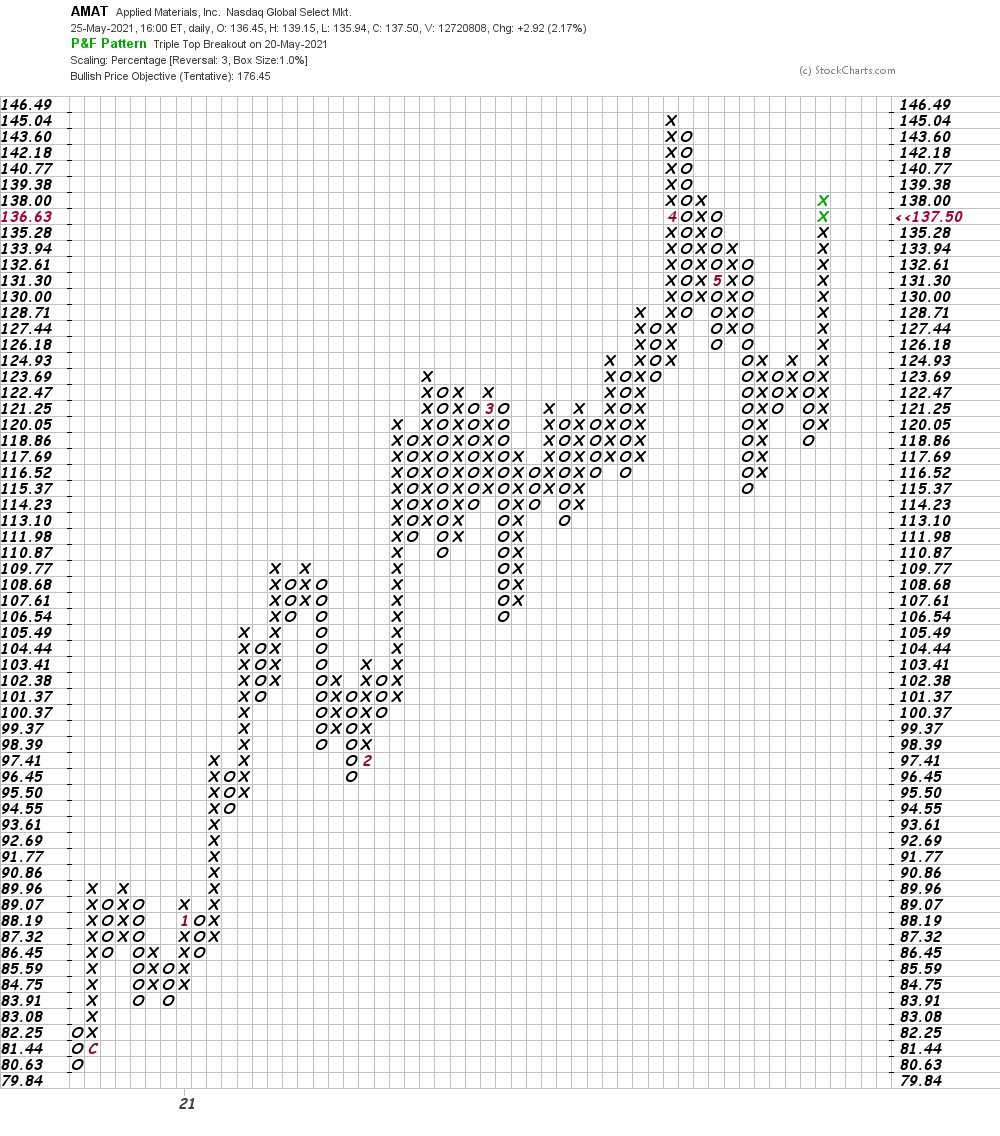 Bottom line strategy: Traders who were stopped out could rebuy AMAT on a dip towards $130. Risk to $121. The $176 area is our price objective.

Get an email alert each time I write an article for Real Money. Click the "+Follow" next to my byline to this article.
TAGS: Investing | Stocks | Technical Analysis | Trading | Semiconductors & Semiconductor Equipment | Technology Hardware & Equipment | Mad Money