On Thursday morning, the market is shrugging over more hawkish comments from Fed Chair Jerome Powell. Powell reiterated the comments he made at Jackson Hole, and after some initial selling, buyers have stepped up and are trying to build on yesterday's oversold bounce.

Unlike the big bounce that started in mid-July and lasted for a month, there are few signs of short-squeeze action so far. This is primarily traders looking for some quick gains rather than shorts concerned that a bottom has been formed.

We clearly are in a bear market, and if you are trading in a time frame that lasts for more than a few days, there are a couple of major problems. The first is that there aren't that many good chart setups. There are always a few themes working, such as solar energy, which is the current leader but stocks that are hovering around lows and don't have sustained momentum are not very attractive for purely technical buyers.

The second problem is that even if you do find good charts, they don't tend to work as well in bear markets. Chasing a breakout can be a very good strategy in a bull market uptrend, but it is much more problematic in a bear market with a downtrend in place. There is much more pressure to sell into strength in bear markets rather than to chase it.

An example of a 'good' chart that I added today is BELLUS Health (BLU) . This is an early-stage biotechnology company that has had good progress, but the question is whether it can break out of this good-looking formation. Biotechnology has been showing relative strength for a while now, and the chart is strong enough that I am willing to add it at this point, even though overall market conditions likely do not favor a breakout right now. 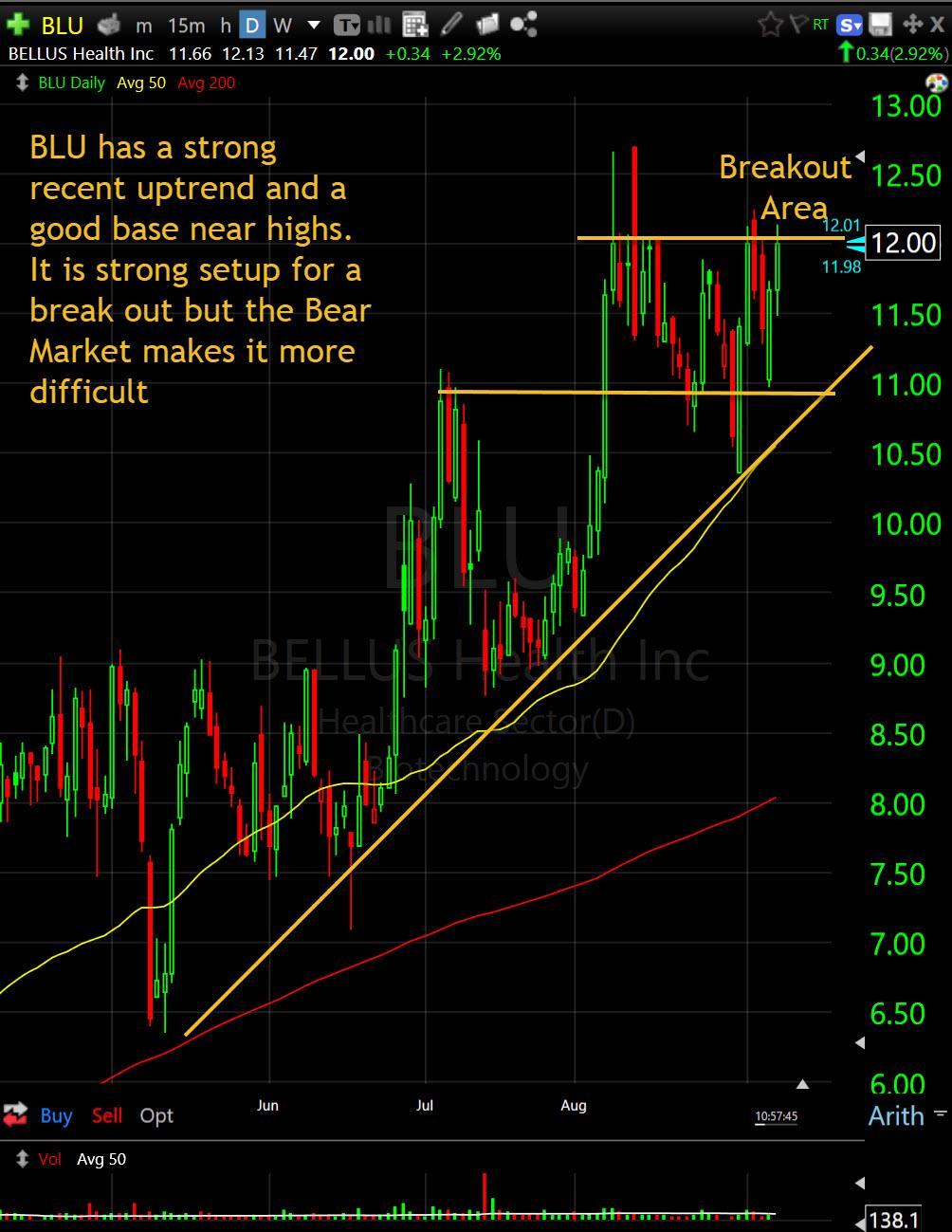 My overall approach here continues to be to maintain high cash levels, stay selective with buys, and keep time frames short. The market may be willing to ignore Powell's hawkishness today, but the big picture is that this is a bear market that is not going to end very soon.

Get an email alert each time I write an article for Real Money. Click the "+Follow" next to my byline to this article.
TAGS: Investing | Stocks | Technical Analysis | Trading | Biotechnology