Citigroup Inc. (C) suffered a steep decline from last September into year-end, which generally matched the decline in 10-year Treasury yields. While the stock price rebounded quickly in January, it struggled in February and still remains below the declining 200-day simple moving average line.

Citigroup stock has been in an uptrend from its dismal 2009 low but is that longer-term trend in jeopardy? These are important questions for the shares and perhaps the whole market. Let's review the charts and indicators of this Action Alerts PLUS holding to see if a good plan of action can be plotted.

In the daily bar chart of C, below, we can see some bullish and some bearish signals. In October, C closed below the declining 50-day and 200-day moving averages as it began a slide from around $75 to near $48. Prices stabilized in the $68-$62 area for about five weeks or so on the way down and now prices have been churning around in that former support area. Prices are more than half way through this $6 resistance area (as former support reverses its role to resistance) and the probability increases that they will go all the way through.

The level of trading volume has declined from late December as prices have risen and this is not a positive sign. If traders and investors believed that C was going higher we should see volume expand. The daily On-Balance-Volume (OBV) line has been flat since mid-January and is not suggesting that buyers have been more aggressive.

The trend-following Moving Average Convergence Divergence (MACD) oscillator signaled a cover shorts buy on New Years and crossed the zero line later in the month for an outright buy signal. In early February this indicator crossed to the downside for a take profits sell signal.

In the weekly bar chart of C, below, we can see both the 2016-2017 rally in the share price and the early 2018 peak. If we used a simple ruler and connected the highs of 2018 we would still be in a downtrend. Prices are currently testing the underside of the declining 40-week moving average line. This is using math to identify the trend.

The weekly OBV line is still in a downtrend from its 2018 zenith. The MACD oscillator on this longer time frame gave a cover shorts buy signal in January but it looks to be weeks away from an outright buy signal. 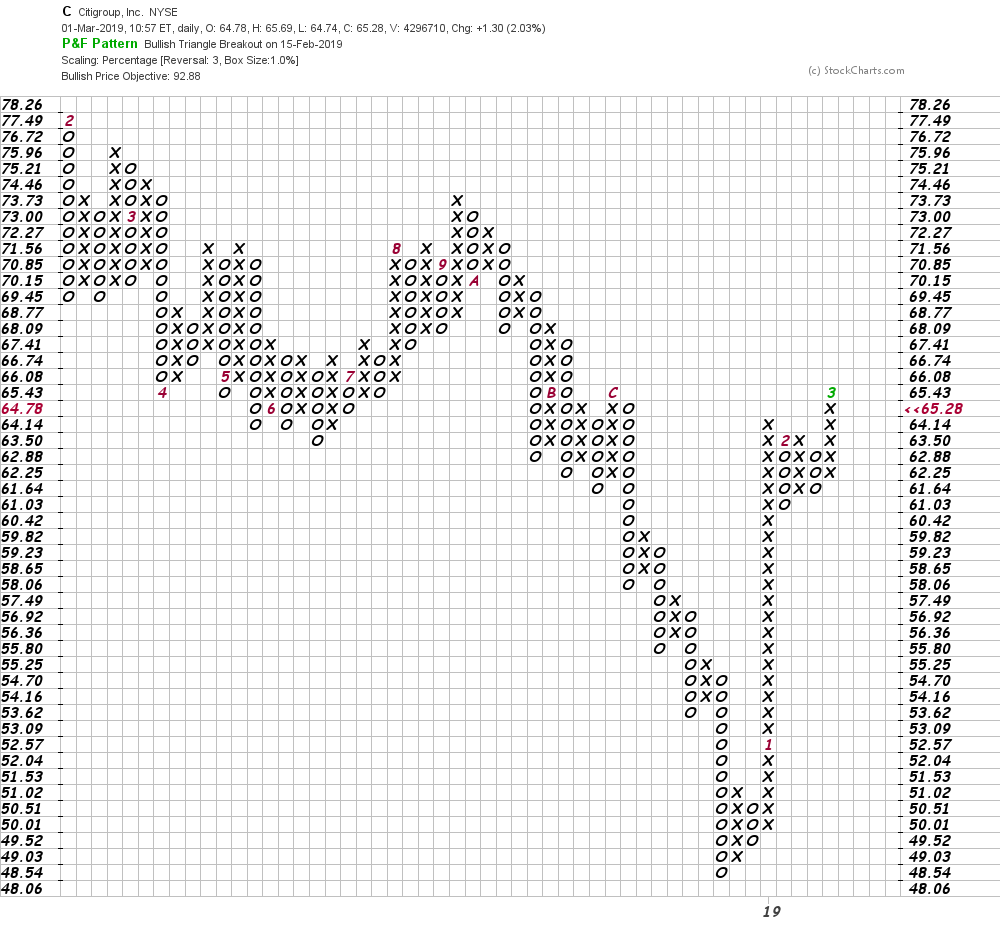 In this second Point and Figure chart, below, we used a more traditional method of scaling with $1 price increments. No upside price target is shown and this chart shows what may be considerable overhead resistance for C. 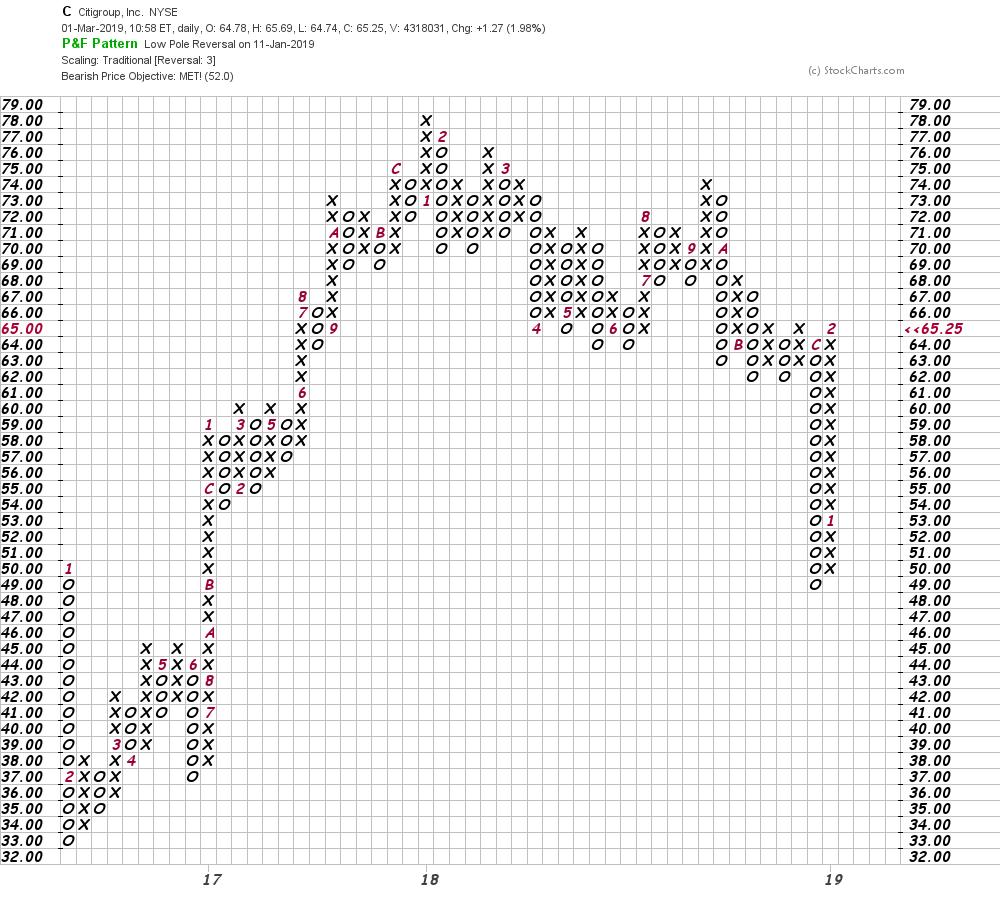 Bottom line strategy: C has underperformed for the past year when compared to the S&P 500 and/or the Financial Select Sector SPDR ETF (XLF) . While this underperformance could change, I am not sure what could do it. Net, net C could grind up to around $70 or so in the short- to intermediate-term but that is not likely to be market-beating performance.

Citigroup is a holding in Jim Cramer's Action Alerts PLUS Charitable Trust Portfolio. Want to be alerted before Cramer buys or sells Citigroup? Learn more now.

Get an email alert each time I write an article for Real Money. Click the "+Follow" next to my byline to this article.
TAGS: Investing | Technical Analysis | Banking | United States | Action Alerts PLUS