In an "Executive Decision" segment from Thursday's Mad Money program, Jim Cramer checked in with Enrique Lores, president and CEO of HP Inc (HPQ) , the computer and printer maker.

Lores said HP is expecting a hybrid world once the world's economies reopen. That means strong demand for HP's PCs, laptops and printers in the home and the office.

When asked about 3D printing, Lores explained that HP is expanding their presence in the space. They are moving from just providing hardware and consumables to providing end-to-end solutions, which is what their customers are demanding.

As for HP's stock price, Lores said they continue to see their shares as undervalued given the strength they're seeing, which is why they will continue to buy back shares at every opportunity.

The On-Balance-Volume (OBV) line peaked around March and slipped a little lower in May telling us that sellers of HPQ have become more aggressive.

The trend-following Moving Average Convergence Divergence (MACD) oscillator has crossed below the zero line for an outright sell signal.

In this weekly Japanese candlestick chart of HPQ, below, we can see a large bearish engulfing pattern at the start of May. This is a top reversal pattern. Another large red candle adds to the bearish picture. The rising 40-week moving average line intersects just below $26 and the $26-$24 area looks like it may provide some chart support.

The weekly OBV line has turned lower and the MACD oscillator has crossed to the downside for a take profits sell signal.

In this daily Point and Figure chart of HPQ, below, we can see that the software is projecting a downside price target in the $29-$28 area. 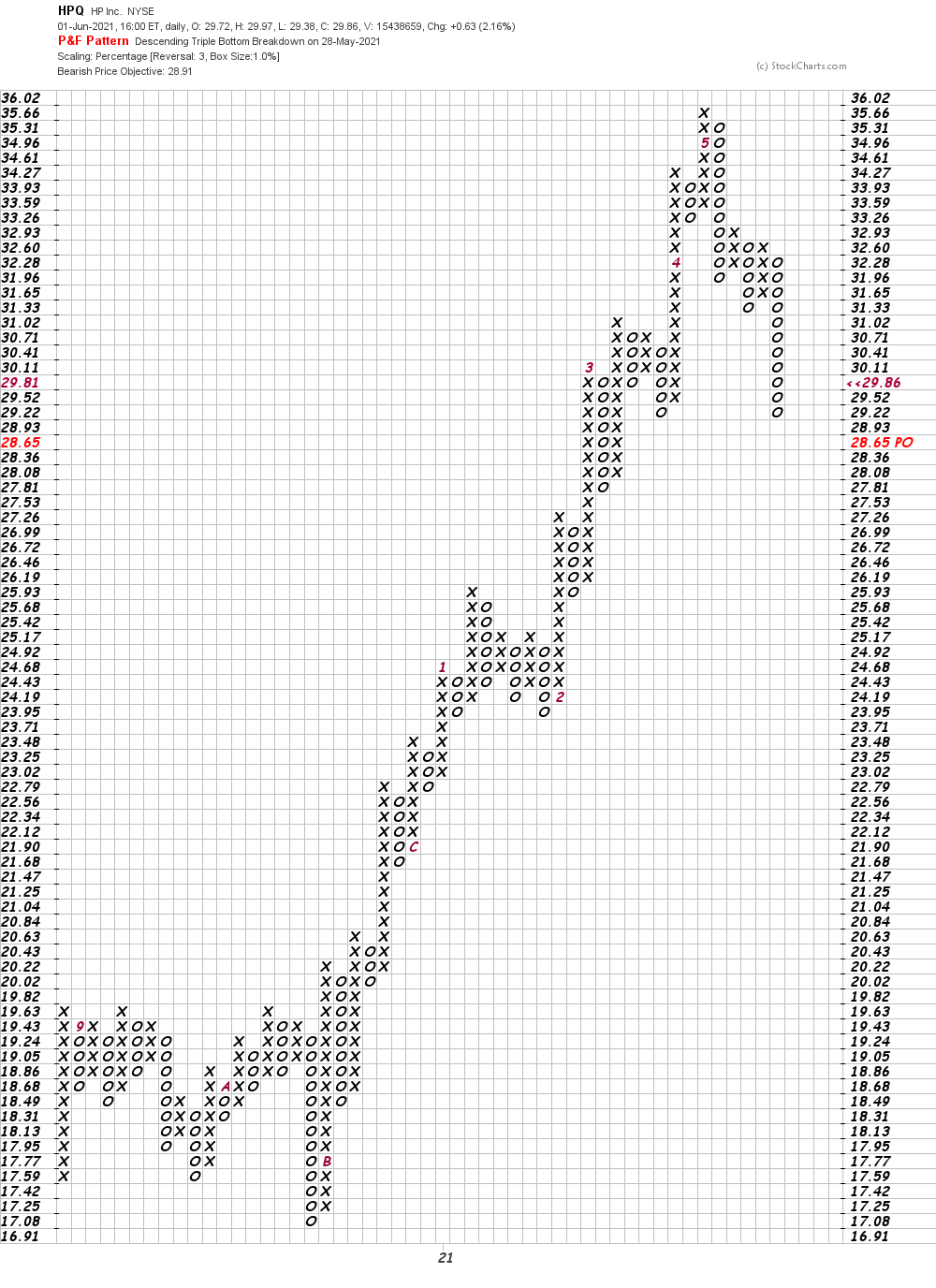 In this weekly Point and Figure chart of HPQ, below, we see a price target being projected in the $24-$23 area. 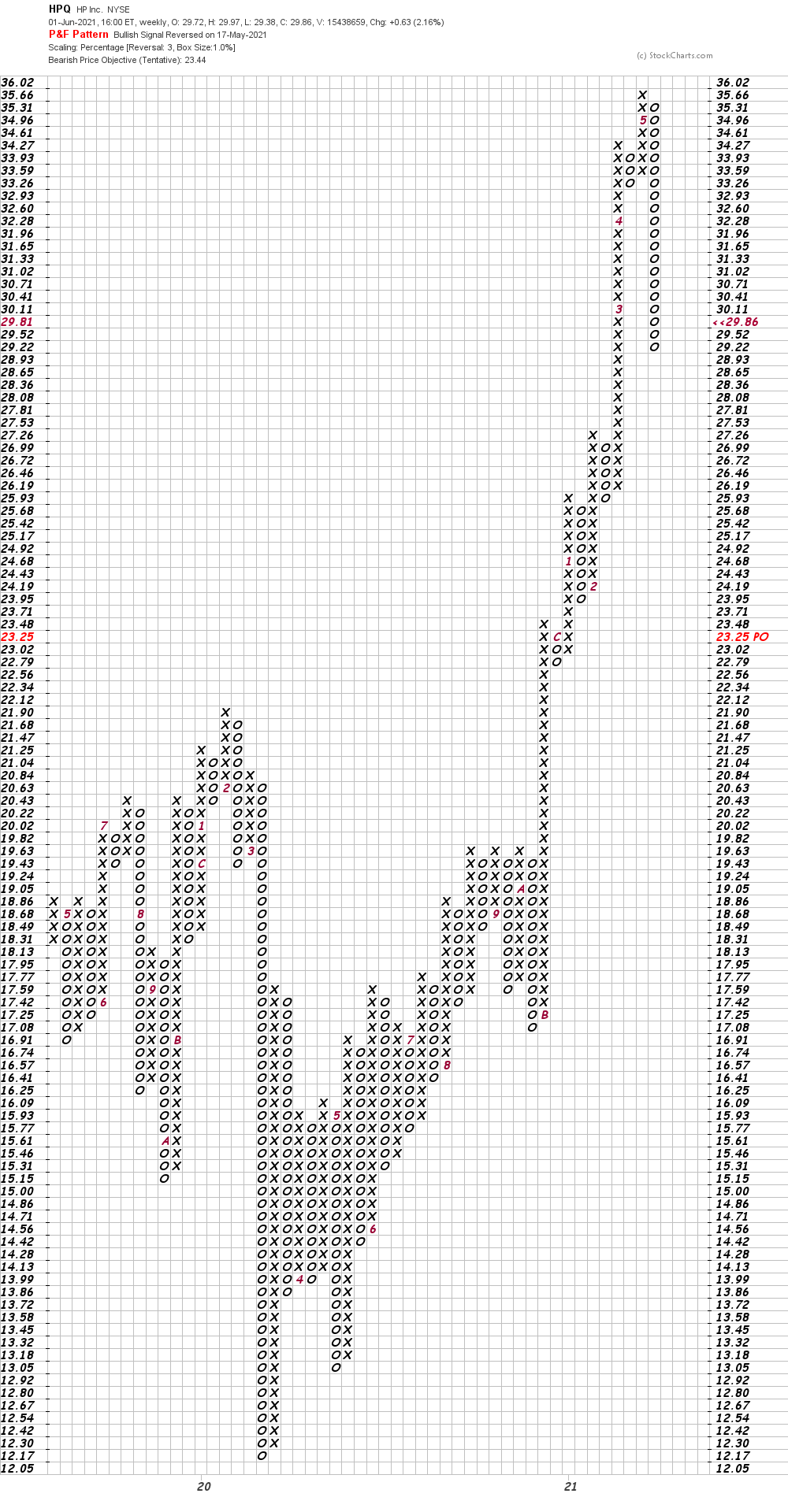 Bottom line strategy: Back on November 25 we noted "In our review of HPQ on Aug. 28 we wrote, "It looks like HPQ can continue to grind higher and eventually retest the February zenith." I will assume traders are probably long HPQ. Raise sell stops to $19.50 and look for gains to $26 initially." The weekly Point and Figure chart gave us a $30 target.

I will also assume that traders were able to take some nice profits on the rally into April and beyond. HPQ is correcting those gains so this is the time to stand aside and let the pullback unfold.