By BRUCE KAMICH Sep 27, 2019 | 01:54 PM EDT
Stocks quotes in this article: UTX
The charts of United Technologies ( UTX) are close to a major upside breakout in my opinion.
(For more on UTX see Jim Cramer's column, here.)
In this daily bar chart of UTX, below, we can quickly see that buyers of UTX have come into the market in the $125-$120 area in March, June and August. Rallies have so far failed in early May and late July. Prices are close to knocking on the prior high of early May so now is the time to start building a long position.
UTX is above both the rising 50-day moving average line and the rising 200-day moving average line.
The daily On-Balance-Volume (OBV) line has been moving up from late December and it has made a new high this month before prices have - the OBV line often leads prices.
The Moving Average Convergence Divergence (MACD) oscillator is above the zero line and looks poised to turn higher.

In this weekly bar chart of UTX, below, we can see that aside from a "temporary" decline in December of last year, prices have made a large consolidation pattern between $120 and $145. The pattern is $25 high so a breakout on the upside should propel UTX to at least $170 (adding the $25 to the top of the range). Because the consolidation pattern is so big I would expect the (eventual) breakout to carry further than $170.
Prices are above the rising 40-week moving average line. The weekly OBV line is close to a new high and the MACD oscillator has turned up to a new buy signal. 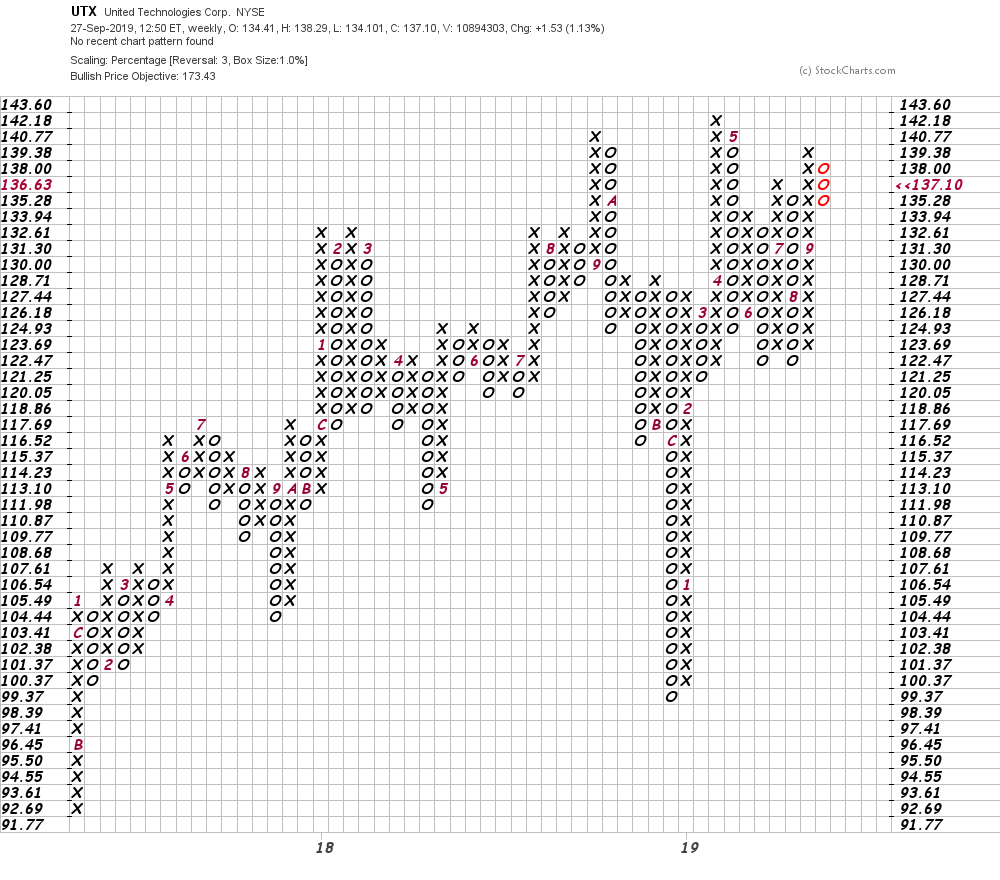 Bottom line strategy: These three charts all tell a bullish story. Traders could go long UTX at current levels and on strength above $144. Risk a close below $133. The $173 area is our first potential upside price target.
Get an email alert each time I write an article for Real Money. Click the "+Follow" next to my byline to this article.
TAGS: Investing | Markets | Stocks | Technical Analysis | Trading | Aerospace | Defense