Moderna Inc. (MRNA)  shares are down sharply Friday and down significantly since early August. Let's roll up our sleeves and check out the charts and indicators.

In this daily bar chart of MRNA, below, we can see that prices tripled from May to July -- a more than impressive rally in a compressed period of time.
Trading volume turned heavy, but the On-Balance-Volume (OBV) line did not really confirm the price gains, suggesting to me that the volume surge may have been some aggressive profit-taking. Prices quickly reacted lower into August and trading volume increased, but the rally into September stopped well short of the prior high.
More selling in late September punished the bulls as MRNA fell below the 50-day moving average line and on Friday broke below the 200-day moving average line. The On-Balance-Volume (OBV) line has declined to a new low for the move down and the Moving Average Convergence Divergence (MACD) oscillator has been bearish since early October.

In this weekly Japanese candlestick chart of MRNA, below, we do not have this week's price action plotted yet, but we can imagine that the 40-week moving average line is broken. The weekly OBV line should turn lower and the MACD oscillator is already in a take-profit sell mode.

In this daily Point and Figure chart of MRNA, below, we can see the steep decline in price. This kind of chart does not have gaps and the price action is filled in as if it really traded. 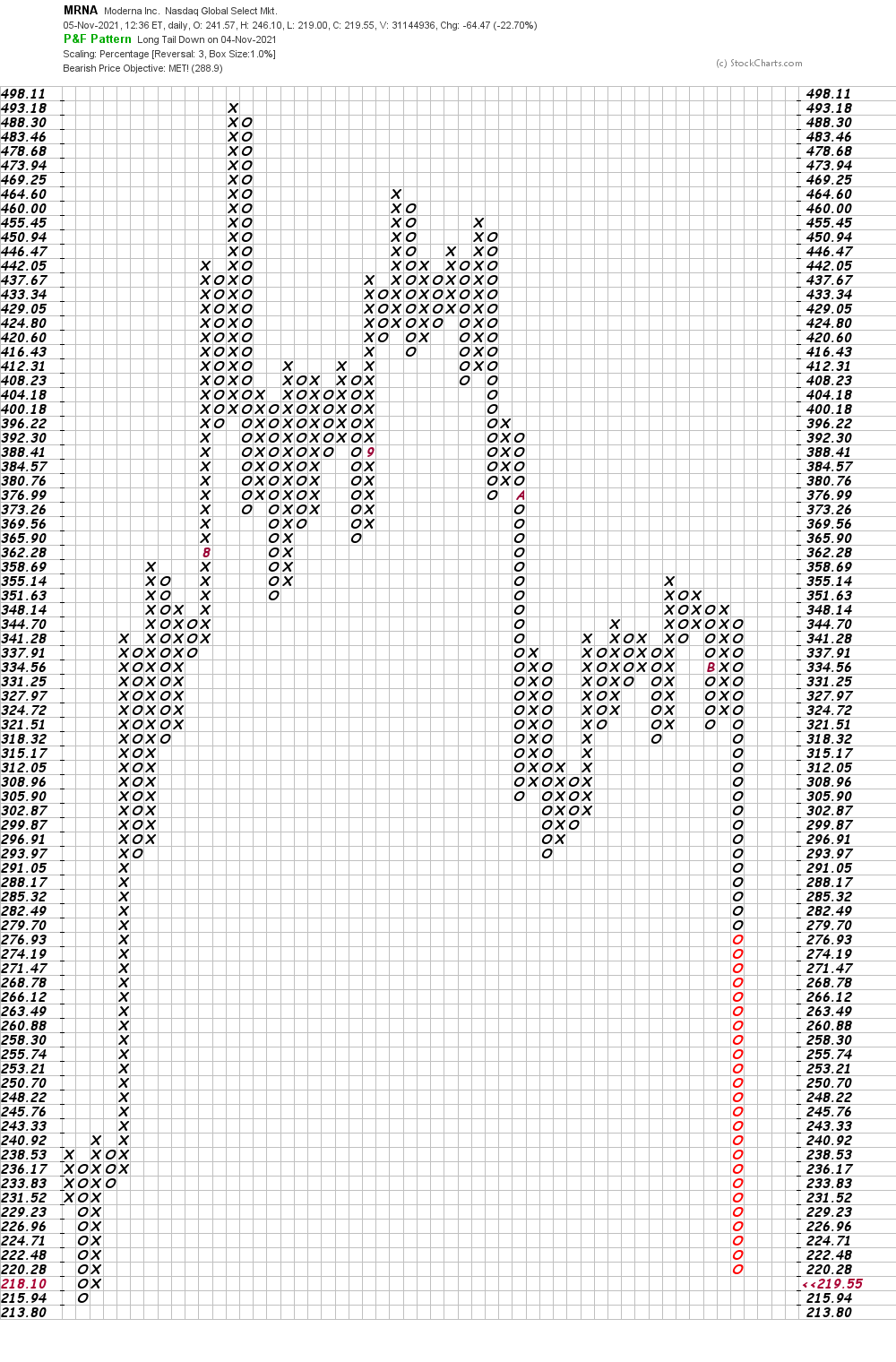 In this weekly Point and Figure chart of MRNA, below, we can see a potential downside price target in the $129 area.

Bottom line strategy: Avoid the long side of MRNA as trying to pick a low or bottom can be hazardous to your wealth.
Get an email alert each time I write an article for Real Money. Click the "+Follow" next to my byline to this article.
TAGS: Investing | Technical Analysis | Biotechnology | Health Care Equipment & Services | Life Sciences