During Jim Cramer's game plan for this week he told viewers of Mad Money Friday night that he liked Hormel Foods (HRL)  over J.M. Smucker (SJM) . Hormel is due to report its latest quarterly figures before the opening Tuesday.

Let's check out the charts.
We last looked in on HRL near the end of August and wrote that, "Overall the charts of HRL are OK. Not blast off strong. HRL could correct sideways for a while but the longer-term patterns suggest further gains in the months ahead."  HRL did in fact correct sideways the past three month and has not made a new high since August.
In this updated daily bar chart of HRL, below, we can see that prices have largely traded sideways since July. Prices tested the rising 200-day moving average line in late September and late October.
The On-Balance-Volume (OBV) line has been flat since late August suggesting a balance between bulls and bears.
The Moving Average Convergence Divergence (MACD) oscillator is just slightly above the zero line in bullish territory but it has crossed to the downside for a take profits sell signal.

In this weekly bar chart of HRL, below, we see a mixed picture. Prices are above the rising 40-week moving average line. The line has been tested recently but prices have not made a new high recently to refresh the uptrend.
The OBV line shows a rise from June of 2019 and a rise from June of this year. The OBV line seems to be struggling to make upside progress.
The MACD oscillator looks poised to cross to the upside for a fresh buy signal.

In this daily Point and Figure chart of HRL, below, we can see a relatively nearby price target of $55. A trade at $53.09 is needed to refresh the uptrend. 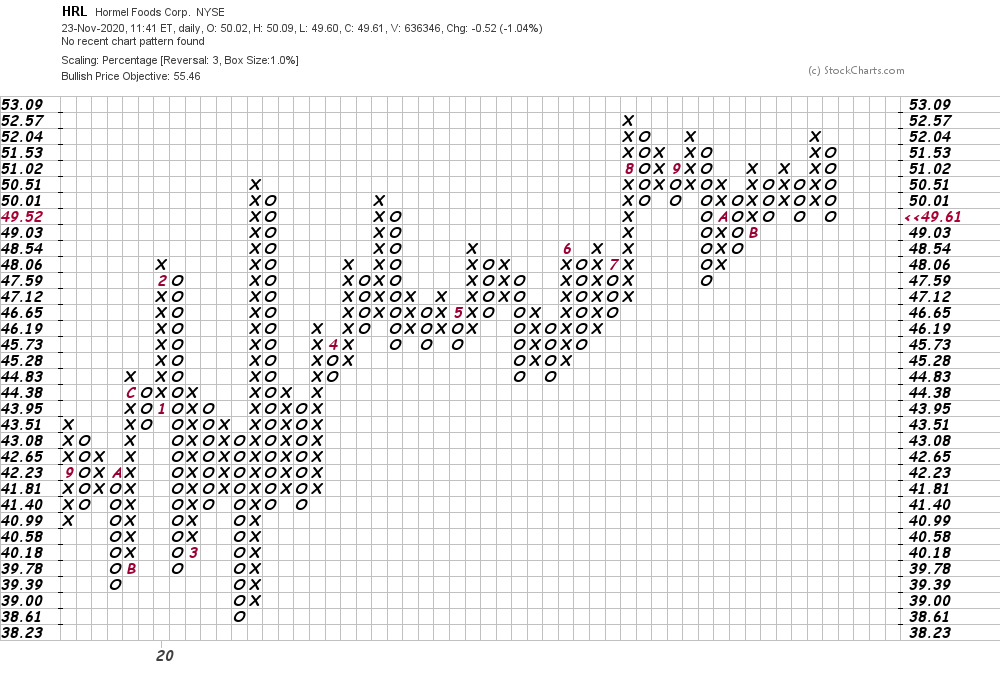 In this weekly Point and Figure chart of HRL, below, we can see a price target of $59. Only marginally higher than the daily charts. 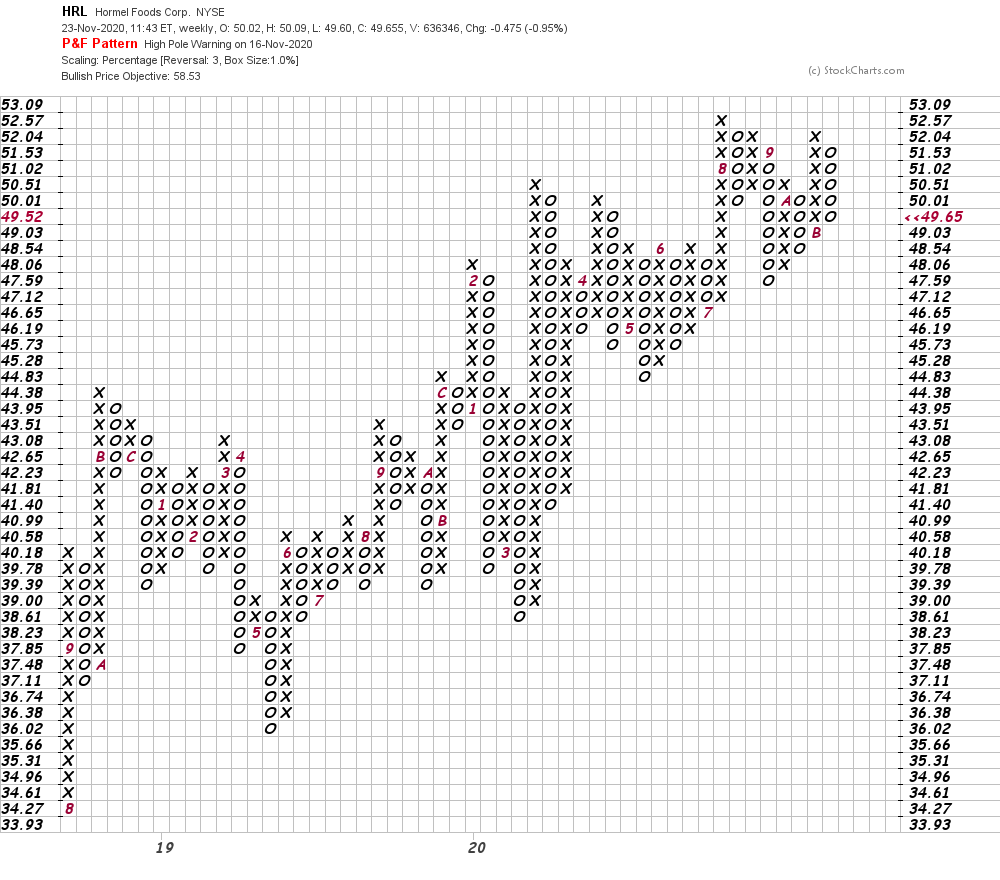 Bottom line strategy: HRL has tested the rising 200-day moving average line in recent weeks. The flat OBV line suggests we could see another test of this indicator and that test may see prices break lower. Protect long positions.
Get an email alert each time I write an article for Real Money. Click the "+Follow" next to my byline to this article.
TAGS: Investing | Stocks | Technical Analysis | Trading | Food & Staples Retail | Mad Money | Earnings Preview