The iShares 20-plus Year Treasury Bond exchange-traded fund, commonly known as the TLT (TLT) , continues to decline. Rising rates could impact the housing market and be a shock to valuations in the stock market.

Let's look at two charts.
In this daily bar chart of TLT, below, we can see that prices have been in a downtrend since early August. Prices have broken below the low of June and potential support (prior resistance) does not show up to around $145 and that may not hold. It only represents about two weeks or so of sideways trading.
The slope of the 50-day moving average line is negative, and the 200-day moving average line has rolled over and now has a negative slope. The On-Balance-Volume (OBV) line has moved lower since late July and tells us that sellers of TLT have been more aggressive. The Moving Average Convergence Divergence (MACD) oscillator is bearish.

In this daily Point and Figure chart of TLT, below, we can see a potential downside price target in the $137-$136 area. A break of $134 could open the way to further declines. 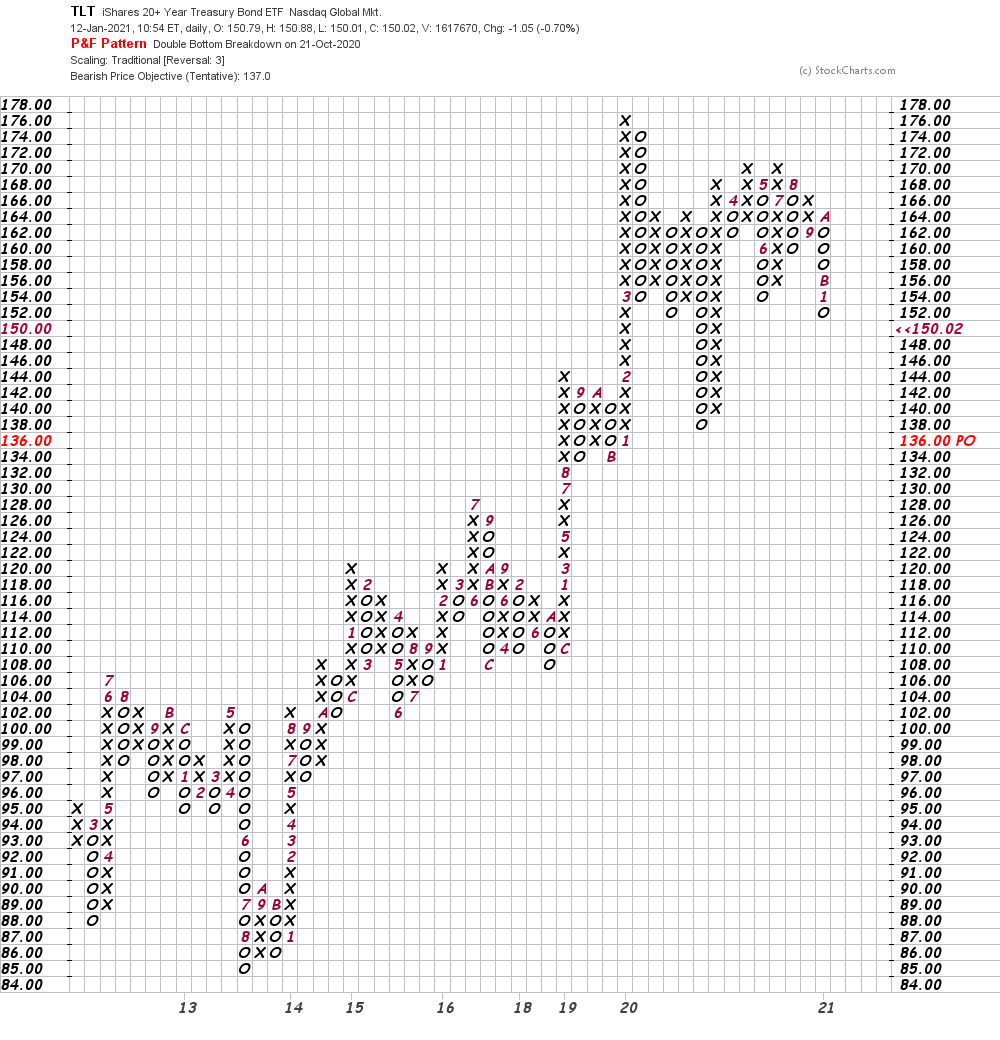 Bottom line strategy: The yield on the 10-year treasury looks like it is headed higher. Is something around 2% out of the question?
Get an email alert each time I write an article for Real Money. Click the "+Follow" next to my byline to this article.
TAGS: Bonds | Investing | Technical Analysis | Financial Services