Microsoft Corp (MSFT) has made the news recently with their $22 billion HoloLens deal with the U.S. Army. I don't know how this will impact their bottom line and EPS numbers, so let's spend some time checking out the charts and technical indicators.

In this daily bar chart of MSFT, below, we can see that prices have rallied the past 12 months. MSFT is trading around the 50-day moving average line as the short-term trend of prices has been sideways the past two months. The 200-day moving average line has a positive slope and intersects around $219 now.
I do not find anything noteworthy about the trading volume but the On-Balance-Volume (OBV) line has declined the past two months suggesting that traders have been more aggressive sellers.
The Moving Average Convergence Divergence (MACD) oscillator has hugged the zero line a lot since October and tells us that trend strength has largely been lacking.

In this weekly Japanese candlestick chart of MSFT, below, we see a mixed picture. Prices are in a long-running uptrend, MSFT is trading above the rising 40-week moving average line. If you look closely you can see a number of upper shadows around $240 suggesting that traders have been rejecting that area.
The OBV line shows a decline from August suggesting that sellers of MSFT have been more aggressive for several months. The MACD oscillator crossed to the downside in early September and it is still pointed lower.

We have plenty of price history on MSFT so we decided to look at a monthly chart. In this monthly Japanese candlestick chart of MSFT, below, we can see that February's candle was a spinning top and March's candle is a doji.
A bearish candle in April could be confirmation of a top reversal pattern. Top reversals using candles can be the start of sideways trends or they can be the start of some short of decline. We'll have to wait and see.

In this daily Point and Figure chart of MSFT, below, we can see a "touch and go situation". The software is projecting the $267 area as a possible upside price target.
The chart also shows that a trade at $245.76 is needed to refresh the uptrend and that a dip to $229.23 may start to weaken the picture. 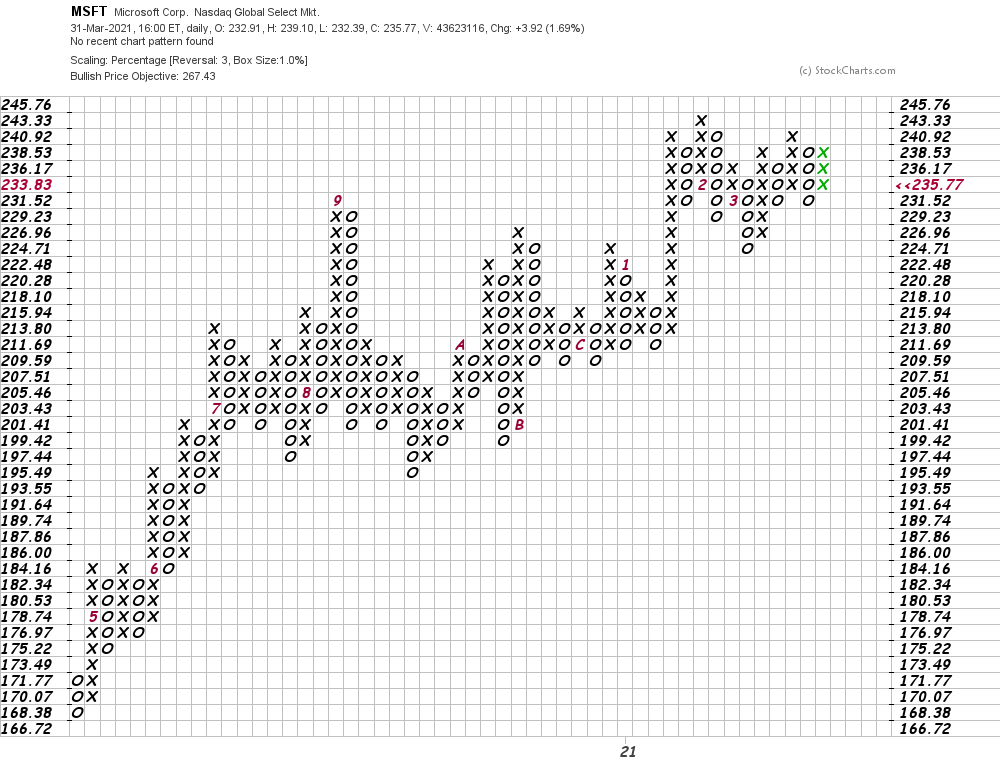 In this weekly Point and Figure chart of MSFT, below, we can see a potential upside price target of $283. 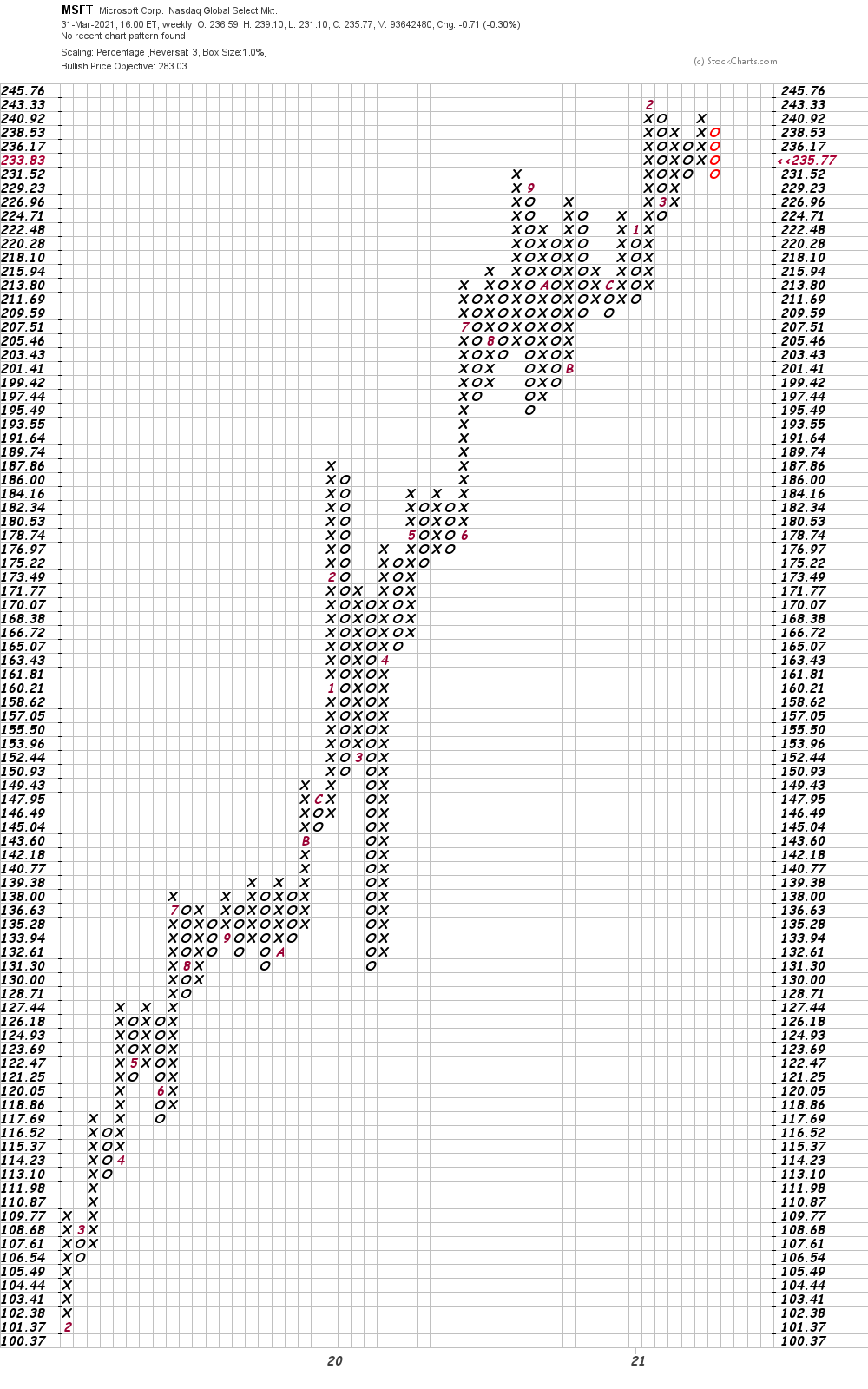 Bottom line strategy: From reviewing these five charts of MSFT, above, I do not get the impression that prices will soon embark on a downward correction, but I do get the sense that we could see further sideways price movement.