The zero-commission move might be a game-changer, but not in an obvious manner. Sure, it provides a boost to active traders, especially those trading in and out of stocks throughout the day. I think it is a huge plus for risk management. Setting a stock at breakeven now means you can set a sell at your entry-level, and exit without a loss. Well, there are still those pesky SEC fees, but we're talking pennies rather than dollars now. But the real opportunity here might be in an individual investor's ability to replicate niche ETFs.

I've been a fan of generating exposure to esports and digital entertainment through the niche Roundhill Bitkraft Esports & Digital Entertainment ETF (NERD) . Volume has been thin as well as asset accumulation, but I don't view this as a flip category, at least not in the old world. I am drawn to the outside the domestic holdings NERD offers in its portfolio, but given the volatility in the space along with the zero-commission structure of trading, I wonder if some investors, especially more active ones, would be better off plucking a handful of the underlying positions and owning them outright.

NERD isn't actively managed, so an investor loses out on the potential benefit of tax harvesting. When investors paid trade commissions, I would have viewed the low-cost, passive style a fair trade-off for the lack of tax harvesting, but as I said, the game has changed.

Take a look at the domestically traded top holdings in NERD, names that an investor could easily scoop up at any brokerage house and trade easily thanks to the liquidity in the underlying names. I examined the past 65 days performance in nine holdings, including six of the top eight. Also, I extended it back 180 days and 365 days, although one of the holdings was still private at that time, so it drops off the list. 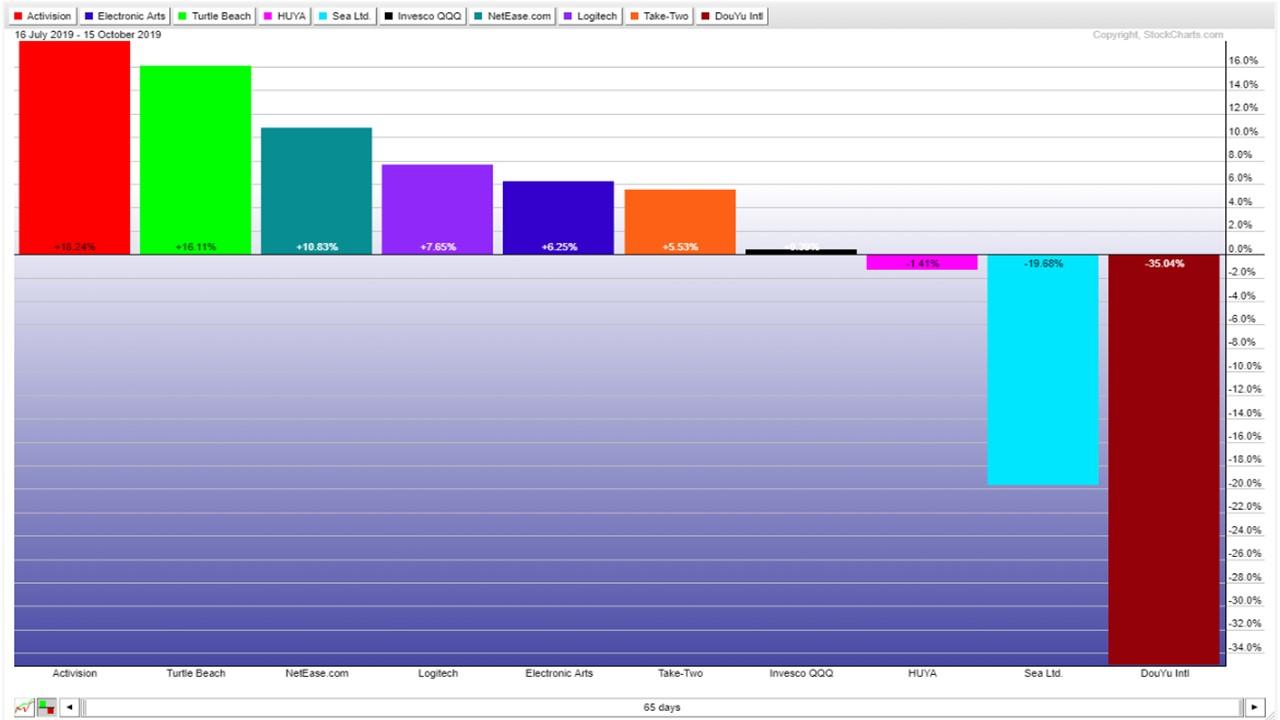 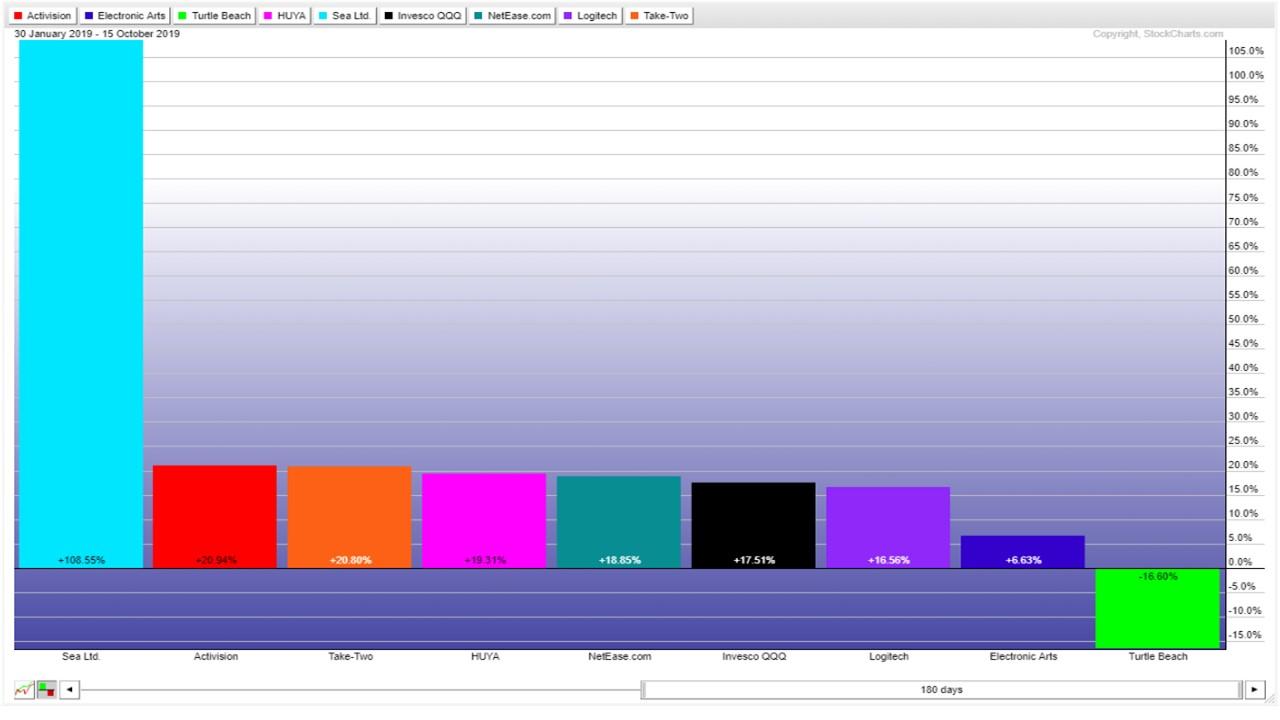 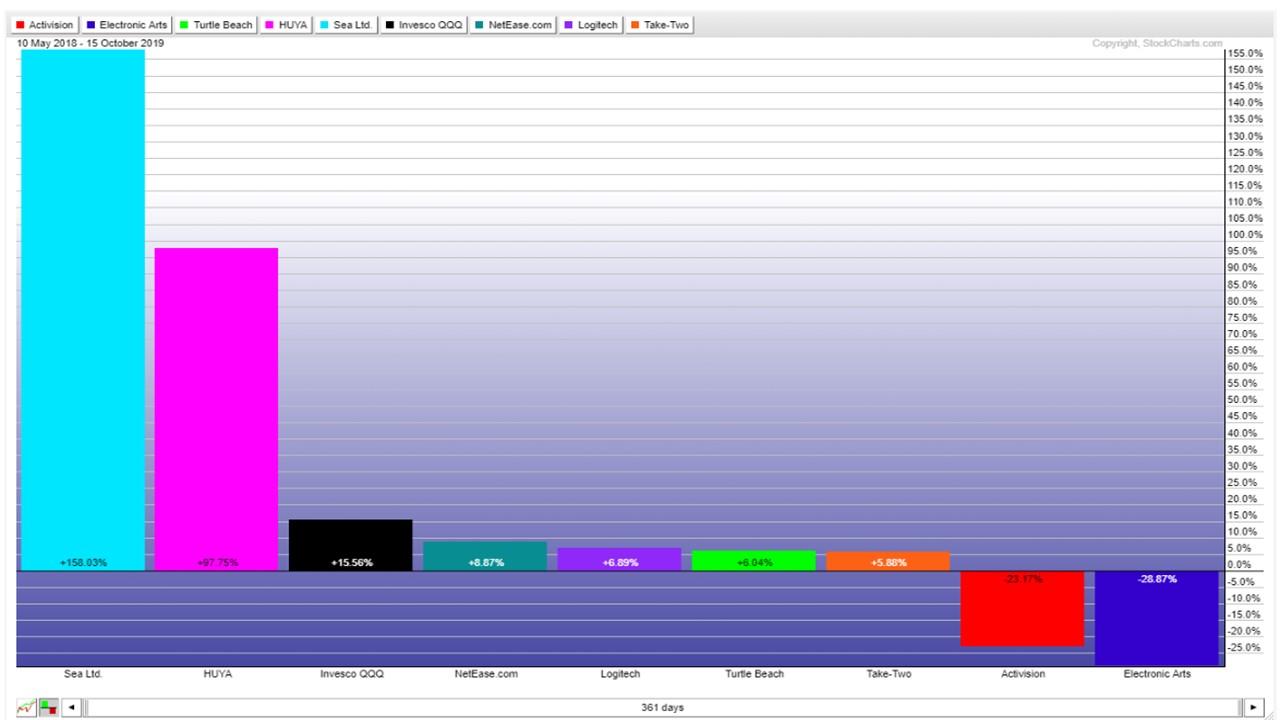 I'm not going to pretend anyone could time exits and rotations here perfectly, but simple trading strategies could help performance. Approaches like trigger rebalancing or trailing stops on winners would play out well. When we see how large and quick some of the movers higher in smaller names played out, a trailing stop approach discussed by many traders on Real Money, would juice performance.

Trigger rebalancing is simply the idea of resetting to an allocation percent when holdings become skewed. For instance, one could sell half their gains any time a stock rises a set percentage (i.e., 20%) and reallocate it across underperforming names. Another approach is when a holding hits a certain percentage (i.e., 10% after it started at 5%) then an investor cuts it to 7.5% and reallocates the other 2.5% to lift other holdings closer to targeted allocations. The approach maintains the idea of letting winners run, hence why an investor doesn't sell all the gains, but it is also to play off the idea of expected rotation within the sector.

Additionally, a trader could reduce a winner or loser near the end of the year to help balance out tax liabilities, also known as tax harvesting. There will be enough names that move in a similar fashion that sitting out one for 31 days (to avoid a wash sale) should not have a dramatic long-term impact on performance. For those pursuing this, there are some option strategies that can be used to limit potential impact. It's impossible to eliminate all potential impact as per the definition of the wash sale rule, but it can be minimized. In some instances, an investor can actually do better. Over the long run, it should even out in the wash... no pun intended.

This is just one example. I still like NERD and what its portfolio offers even if I'm not thrilled by a few decisions on its new panel of industry experts. Here's an internal look at my thoughts as I read their announcement today.

An entrepreneur who already built and exited an eSports firm - Awesome. I love it.

Branding partner with experience at ESPN and hip hop labels - I get it. I can see the crossover there.

Guy with "decades of experience" with a lot of vague descriptors and buzz words - Umm, okay. He probably knows people.

I get it. I really do. Small ETFs need exposure and assets, but the last one is a tough pill to swallow as an investor. Given the ability to recreate something similar and do it with the ability to rebalance freely and tax harvest makes me question wanting to hang my shingle alongside someone that can never admit being wrong about a stock they tweet about multiple times on a daily basis. Industry "expert," especially in regards to esports and digital entertainment feels like a stretch, but that's simply my opinion.

As we settle into this new world of zero-commissions, it will be interesting to see how the game changes.

Get an email alert each time I write an article for Real Money. Click the "+Follow" next to my byline to this article.
TAGS: ETFs | Investing | Markets | Options | Stocks | Technical Analysis | Trading | Digital Entertainment | eSports