Doyle said the data was so positive in its trial that some patients are being moved from the placebo group to the actual therapy. This shift is a rare occurrence in trials, he said, and only occurs when the data is very positive.

Non-small cell lung cancer affects 193,000 patients a year and can lead to death.

But Novocure isn't stopping at just lung cancer. Doyle noted that their therapy has proven effective with every type of cancer they've tested.

In this 15-minute two-day Japanese candlestick chart of NVCR, below, we can see a few lower shadows in the $185-$180 area and then some tentative buying interest around $185. The On-Balance-Volume (OBV) line is steady in my opinion.

In this daily Point and Figure chart of NVCR, below, we can see the recent entries if we compare it to yesterday's chart. Prices have corrected lower with a column of "O's". I want to point out two things -- one is the large volume by price bar around $195 or roughly the opening on Tuesday. Second, there is good activity starting around $175 and that suggests there will be buyers above that area. 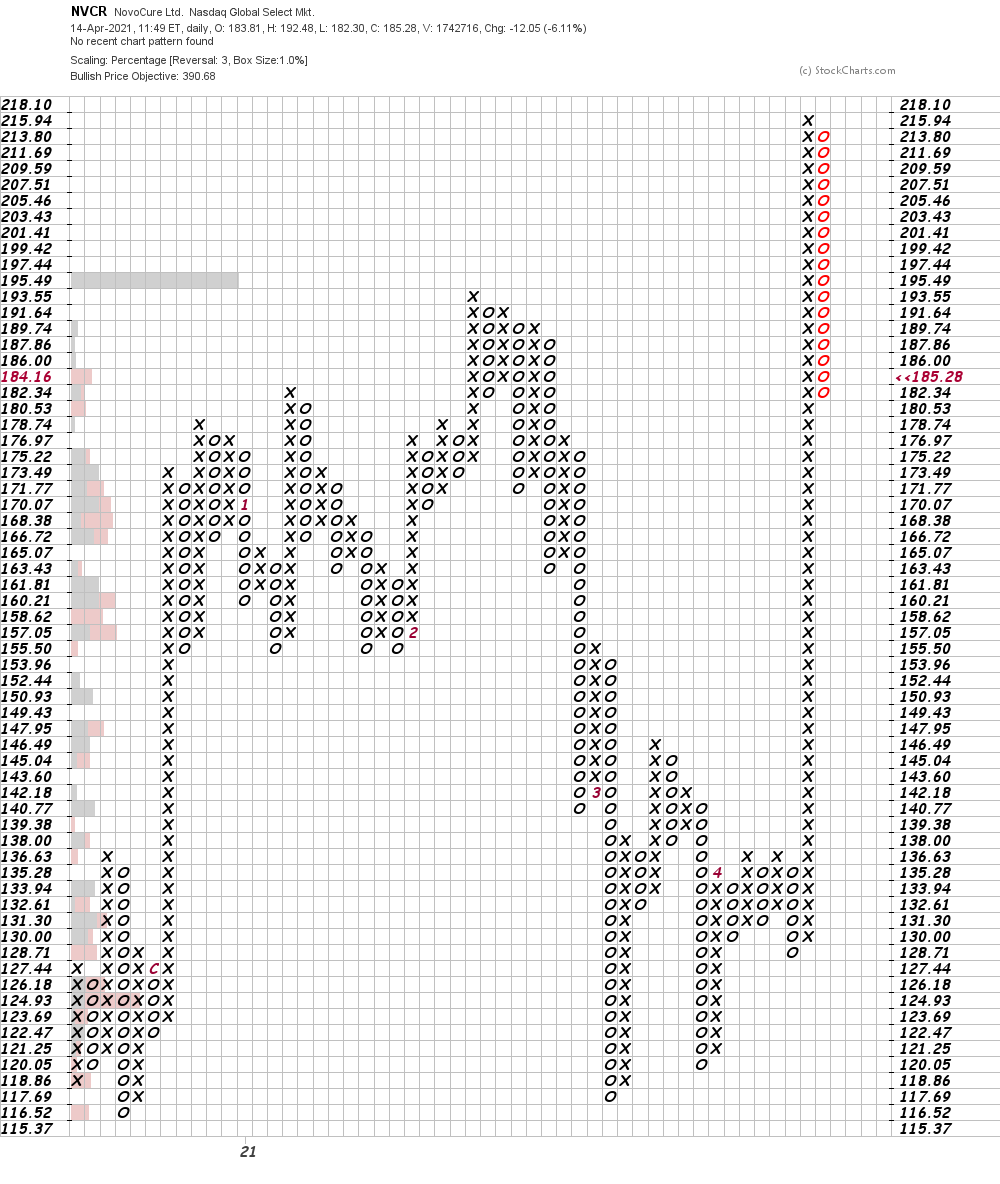 Bottom line strategy: Tuesday we said we would wait a few days to see where buyers would come in, but I am already seeing evidence to suggest to aggressive traders that they could go long NVCR (or add to longs) near $186 risking below $174.

Get an email alert each time I write an article for Real Money. Click the "+Follow" next to my byline to this article.
TAGS: Investing | Technical Analysis | Health Care Equipment & Services | Life Sciences | Technology | Mad Money | Executive Interview