As part of our precious metals series, we have looked at  Franco-Nevada  (FNV) ,  Newmont  (NEM) ,  SSR Mining  (SSRM) ,  Agnico Eagle  (AEM)  ,  Wheaton Precious Metals Corp.  (WPM)  , and Eldorado Gold Corp.  (EGO) . Today we turn our attention to Hecla Mining Co. (HL) which reported their latest quarterly numbers this morning. So far traders do not seem too upset with a slight earnings miss.

Let's check out the charts and indicators.
In this daily bar chart of HL, below, we can see that prices have largely traded sideways since early August. I would consider this a sign of strength as the price of gold has largely traded lower since early August. The price of silver, which HL also mines, declined from August to late November before recovering.
Prices are testing the rising 50-day moving average line and we can see a successful test of the rising 200-day moving average line in late January.
The On-Balance-Volume (OBV) line has moved sideways since early August and shows a jump higher in late January as trading volume surged -- perhaps on the talk of a surge in silver prices from the Reddit crowd.
The Moving Average Convergence Divergence (MACD) oscillator is above the zero line but could turn up or down depending on how prices move in the days ahead.

In this weekly bar chart of HL, below, we can see how prices bottomed out around $1.50 and are now in an uptrend above the rising 40-week moving average line.
The weekly OBV line shows good strength the past two years -- well ahead of the Reddit crowd.
The MACD oscillator has corrected since August but looks poised for a new move higher. This would be a fresh outright buy signal.

In this daily Point and Figure chart of HL, below, we can see that prices are currently in a down column of "O's" but there is also an upside price target just above $8. 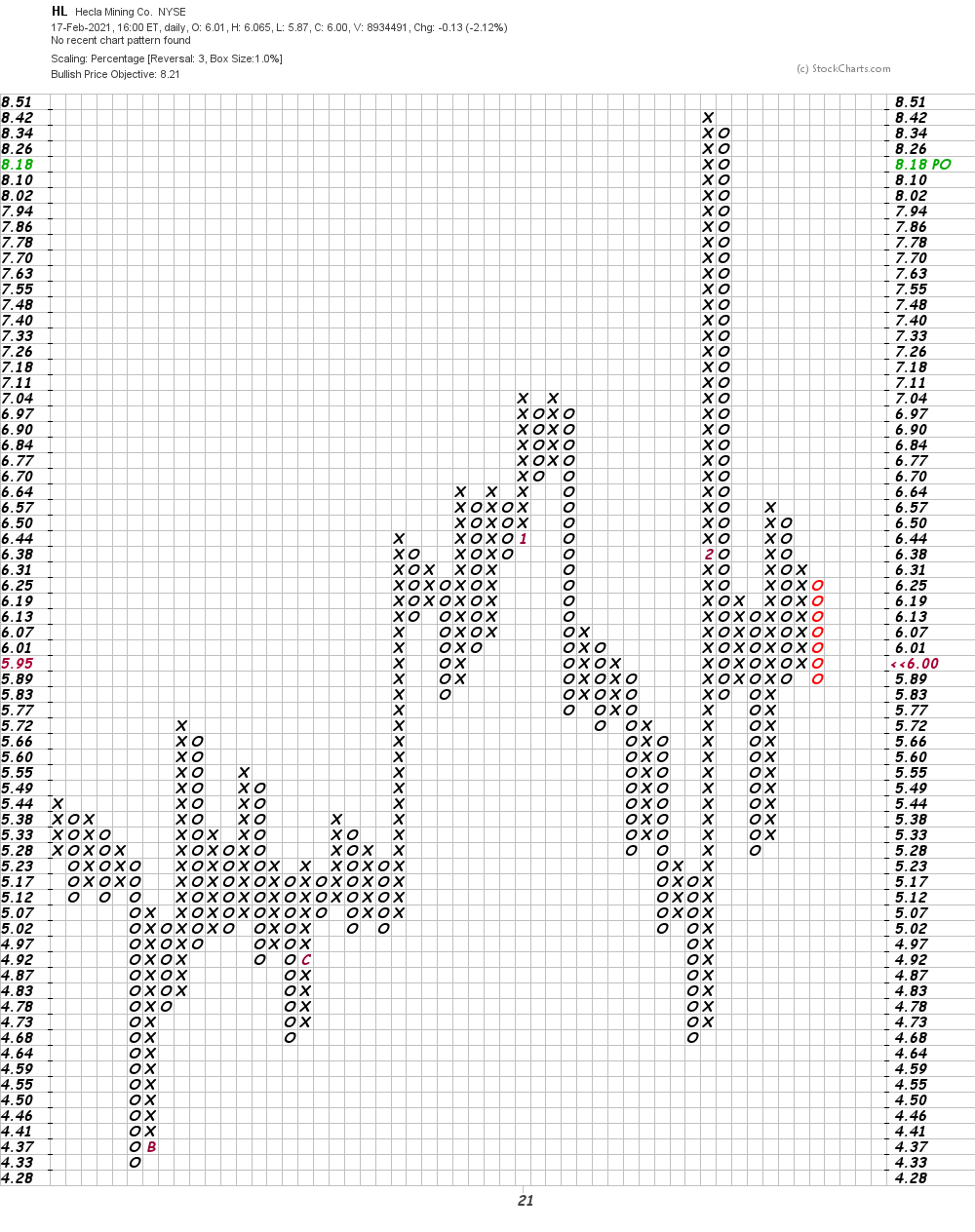 In this second Point and Figure chart of HL, below, we used weekly close only price data. Here a longer-term price target in the $14 area is shown. This would be a major breakout over the highs of 2007. Patience. 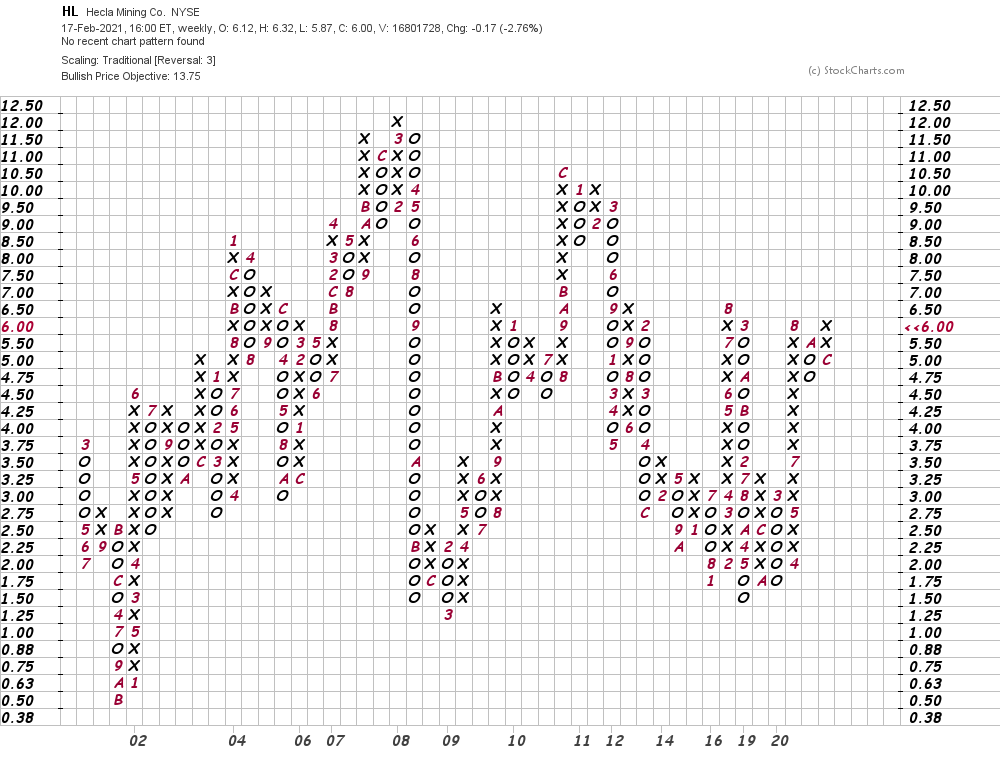 Bottom line strategy: While bitcoin may be getting a lot of speculative attention and dollars, the world has more history with gold and silver and base metals -- traders should approach HL from the long side risking a close below $4.50 for now.
Get an email alert each time I write an article for Real Money. Click the "+Follow" next to my byline to this article.
TAGS: Earnings | Gold | Investing | Markets | Stocks | Technical Analysis | Trading | Metals & Mining