Last week the laggards joined the party. The Transports, the utilities, and the small caps all found their way to the party that is the market. And by doing so, we have finally changed one measure of sentiment to just about Euphoric.

The Citi Panic/Euphoria Model has tagged the underside of Euphoria for the first time since April -- recall we had a 7% decline in May.

In addition, we had a more anecdotal version of sentiment when Barron's decided to put "Dow 30,000" on its cover. I grant you, when we're a mere 2% away it's not like it's really sticking its neck out, but they did finally do it. 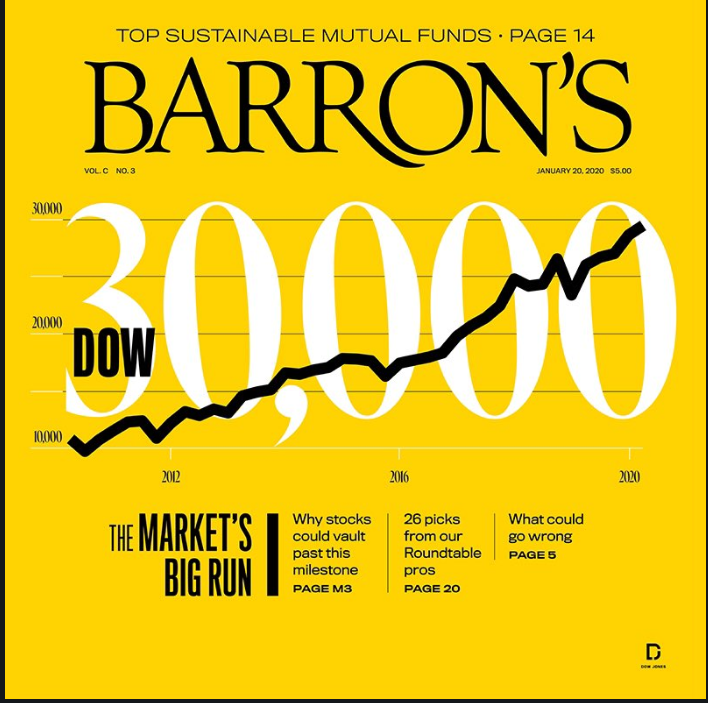 The Investor's Intelligence bulls still stand at 57%, so they are one of the last holdouts. Perhaps we'll see the bulls get over 60% when this metric is released midweek, but we know the put/call ratios are so low that the 10-day moving average of the equity put/call ratio is now the lowest it has been since 2011. The 30-day moving average of that same ratio is almost there. It is now where it was in mid-2014, more than five years ago.

In 2011 there was a trough for the 10-day in mid December that amounted to nothing. The one in mid-January was about six weeks prior to the high and the 30-day was about three-to-four weeks prior to a high that led to a 7% decline. We did rally after that 7% decline, but in the end, the higher high was a marginal one and part of a longer-term top that eventually led to an approximate 20% decline. But what you can see is that in both cases, meaning 2010 and 2011, there was not a lot of runway left in the big picture. None of these readings came early in a liftoff.

What has also changed in the past week is that we have now reached an intermediate-term overbought reading. The 30-day moving average of the advance/decline line is now overbought.

The short-term is also overbought. 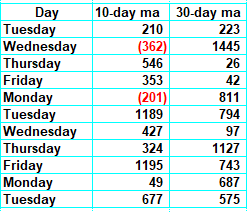 Let me conclude that breadth is strong. The new highs have expanded. The new lows have not expanded. These are all positives for the market. So what I'm talking about is sentiment and momentum seem to have pushed to too far and a correction is needed.

Perhaps the market will keep on going, especially with a slew of earnings out this coming week. But to me, there is excess out there that needs to be corrected.