While everyone is focused on the nonsense going on with the cultish "meme" stocks, and sure it is a terrific sideshow to watch if you are not involved, we have some small shifts taking place under the hood of the market.

About two weeks ago we looked at the chart of gasoline, and I said I thought it should rally. It did, and then it came back down and now it's back up. I ask you to look at the chart, because it is starting to shape up as a potential bottom, isn't it?

For now, the blue line is resistance, but notice the green downtrend line is trying desperately to get broken to the upside.

I noted Thursday that I thought growth stocks would set up for a correction on one more rally. Let me delve further into that. For the most part, we have lived in an "either/or market" for a few years now. The growth stocks, which were bottoming as energy was topping in June, have stalled. Oh, not all of them, but take a look at the number of stocks making new highs on Nasdaq. It is basically the same place it was three weeks ago. There has been no progress made, yet Nasdaq itself is nearly 1,000 points higher. 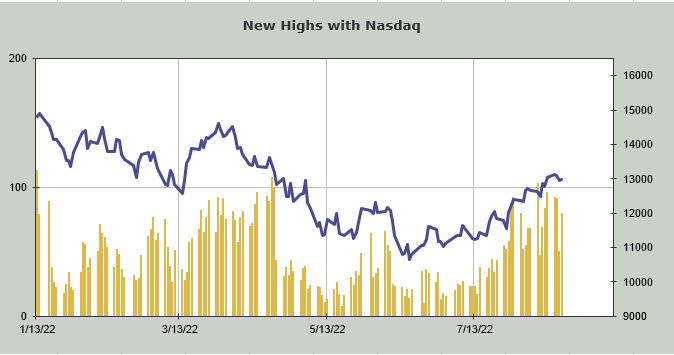 Even if we look at the Hi-Lo Indicator for Nasdaq, we have to squint, but we see it ticked down on Thursday (and Nasdaq was up on Thursday). 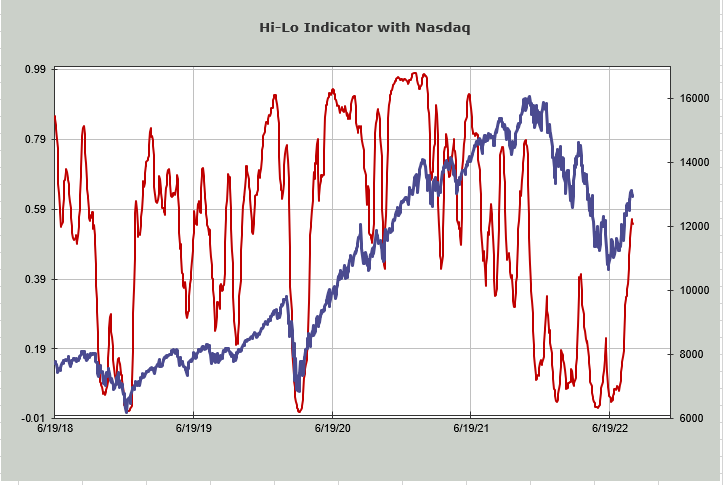 Then there is the McClellan summation Index for Nasdaq. I use volume for this, instead of the advance/decline line. It peaked two days ago. It hasn't turned down yet. It's sort of spinning its wheels up here. But despite the rally on Thursday, where net volume was positive, this indicator still requires a net differential of positive 700 million shares (that's up minus down volume) to turn back up. Now 700 million shares isn't much, but it shows a slowdown in upside momentum.

I typically prefer a "W" pattern when we look at lows -- like gasoline. I like to see an "M" pattern when looking for a correction. That is why I have said I wanted one more rally in the growth stocks. I'm not sure if Thursday was enough to qualify.

But I do think the narrative has become inflation is down and gas is down, so life is good. Who doesn't like low gas prices? But I look at that chart and think, maybe you should fill you tank now before it goes higher.

Get an email alert each time I write an article for Real Money. Click the "+Follow" next to my byline to this article.
TAGS: Investing | Technical Analysis |