For his second "Executive Decision" segment of Thursday night's Mad Money program, Jim Cramer spoke with David Foulkes, CEO of Brunswick Corp. (BC) , a stock that trades at 15 times earnings.

Foulkes said that after reopening their operations, demand for boats has ramped up quickly. His company's prior cost-cutting and streamlining of operations has put them in a very good position with capacity to increase production. Only a small portion of their manufacturing is being done in China.

When asked about the new demand, Foulkes said it's a combination of delayed purchases as well as new boaters who are joining the boating community.

Foulkes was also bullish on their acquisition of Freedom Boat Club, a timeshare option for boating.

Let's check out the charts of BC, something any good boater would do.

In this daily bar chart of BC, below, we can see that prices were more than halved in the coronavirus plunge in February and March. Prices finally made a low in late March and a successful retest in early April before rebounding to the upside. Prices crossed above the 50-day moving average line by late April and above the 200-day line in late May. Now the slopes of both of these indicators are positive with the 50-day line close to crossing above the 200-day line for a bullish golden cross (unfortunately well off the bottom).

The daily On-Balance-Volume (OBV) line bottomed in early April and has risen steadily to new highs telling us that buyers of BC have been more aggressive since the price bottom. This helps to confirm the price gains.

The trend-following Moving Average Convergence Divergence (MACD) oscillator turned bullish by the end of April and is now poised to turn upwards again for a fresh outright go long signal.

In this weekly bar chart of BC, below, we went back five years to get some additional perspective. While prices did break below several lows going back a number of years the breakdown was short-lived and the weekly OBV line did not make a similar plunge, telling us that longs did not liquidate heavily. This is an unusually bullish divergence, in my opinion.

The weekly OBV line is leading with its new all time high. The MACD oscillator on this longer time frame is ready to cross the zero line for a buy signal.

In this daily Point and Figure chart of BC, below, we can see a potential upside price target around $74. 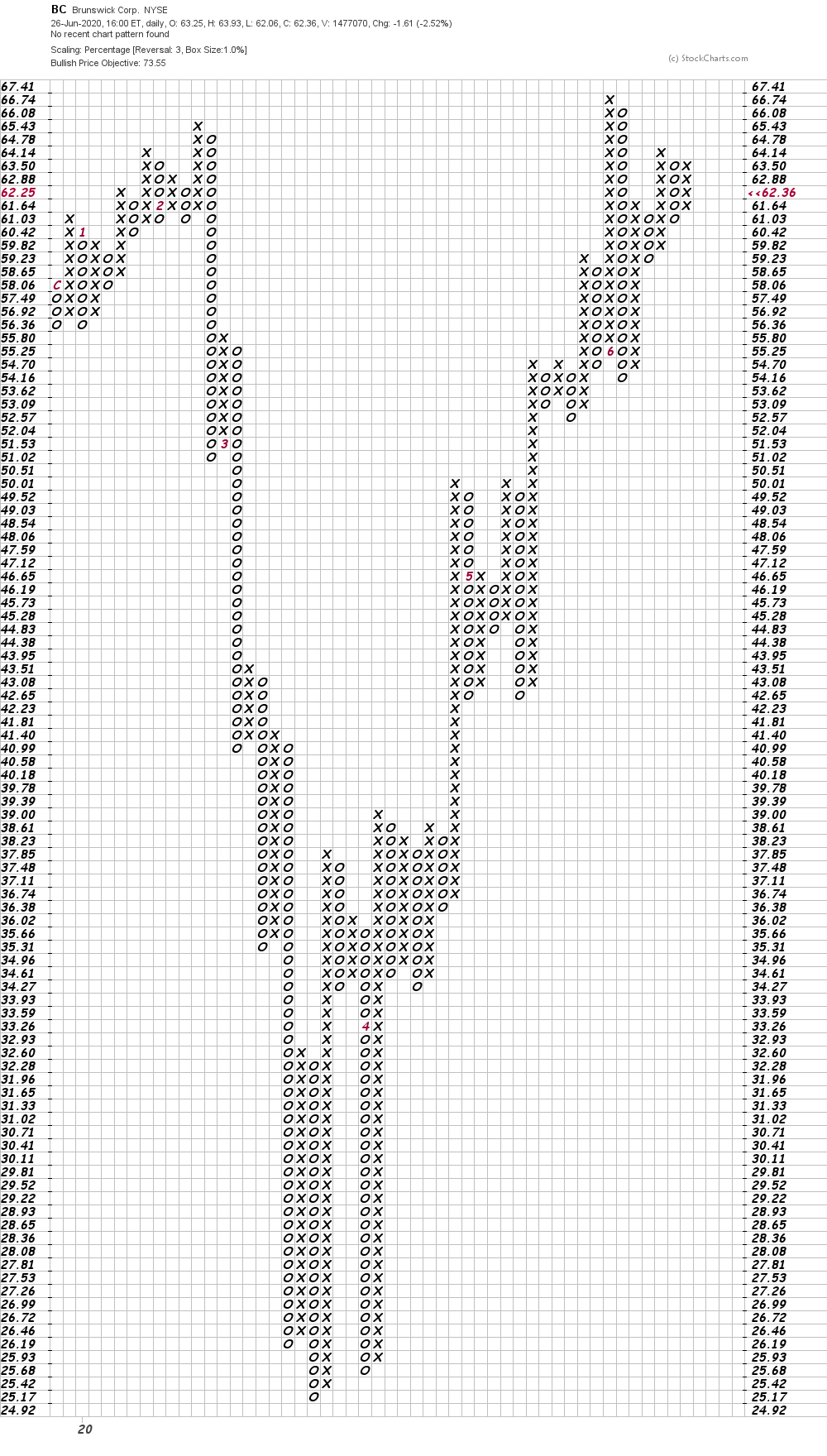 In this weekly Point and Figure chart of BC, below, we see that the software is projecting a potential price objective of $81. 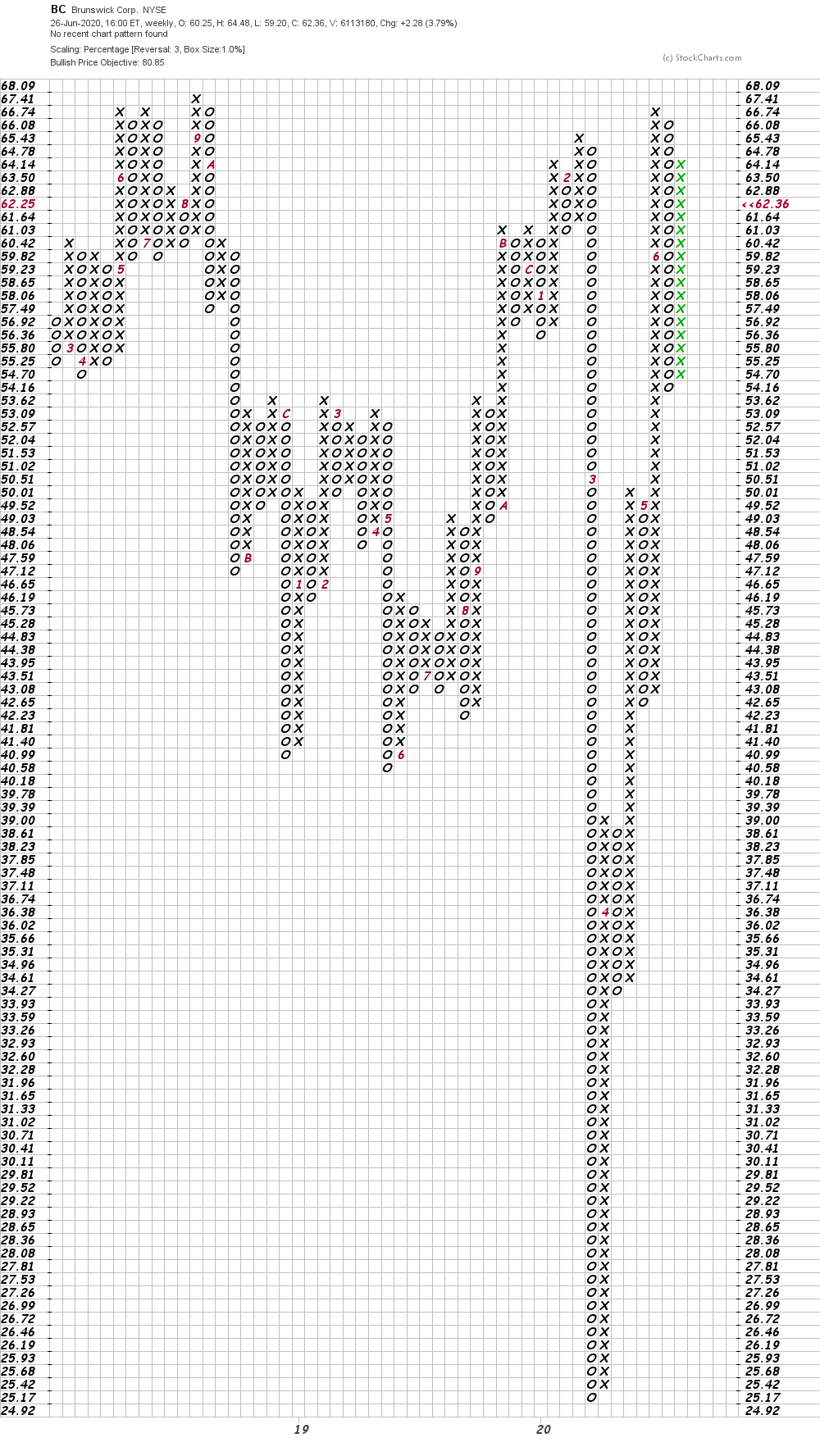 Bottom line strategy: The charts and indicators of BC suggest further gains are possible. Aggressive traders could look to go long around $60 risking a close below $55. On the upside our targets are $74 and then $81.

Get an email alert each time I write an article for Real Money. Click the "+Follow" next to my byline to this article.
TAGS: Economy | Investing | Stocks | Technical Analysis | Trading | Transportation | Mad Money | Executive Interview | Sports