Marks said that China has fully recovered from the pandemic and many other areas in the world are following suit. She said while only 65% of all construction projects were open in April, over 90% are currently back. The recovery coupled with innovation and process improvements are leading to increased sales and gross margin expansion, she added.

Marks said that nearly a half of Otis' products are residential, so they will do just fine if more people work from their homes. She also noted that two-thirds of their revenues is derived in U.S. dollars, euros or yuan, providing them some currency flexibility.

Finally, Marks touted Otis' innovation and commitment to new technology, such as apps, gesture controls and other traffic flow tech.

Let's check and see where the charts are moving.

In this daily bar chart of OTIS, below, we can see the price action from the start of trading. Prices have been in an uptrend from April. With less price history that we usually have to work with we shortened the moving averages to 20-days and 50-days, and OTIS is above both rising moving averages.

The On-Balance-Volume (OBV) line shows a rising pattern telling us that buyers of OTIS have been more aggressive. This is supportive to the uptrend.

The Moving Average Convergence Divergence (MACD) oscillator has been above the zero line the entire time and looks poised to turn upwards to a fresh outright buy signal.

In this daily Point and Figure chart of OTIS, below, we can see a potential upside price target in the $75 area. 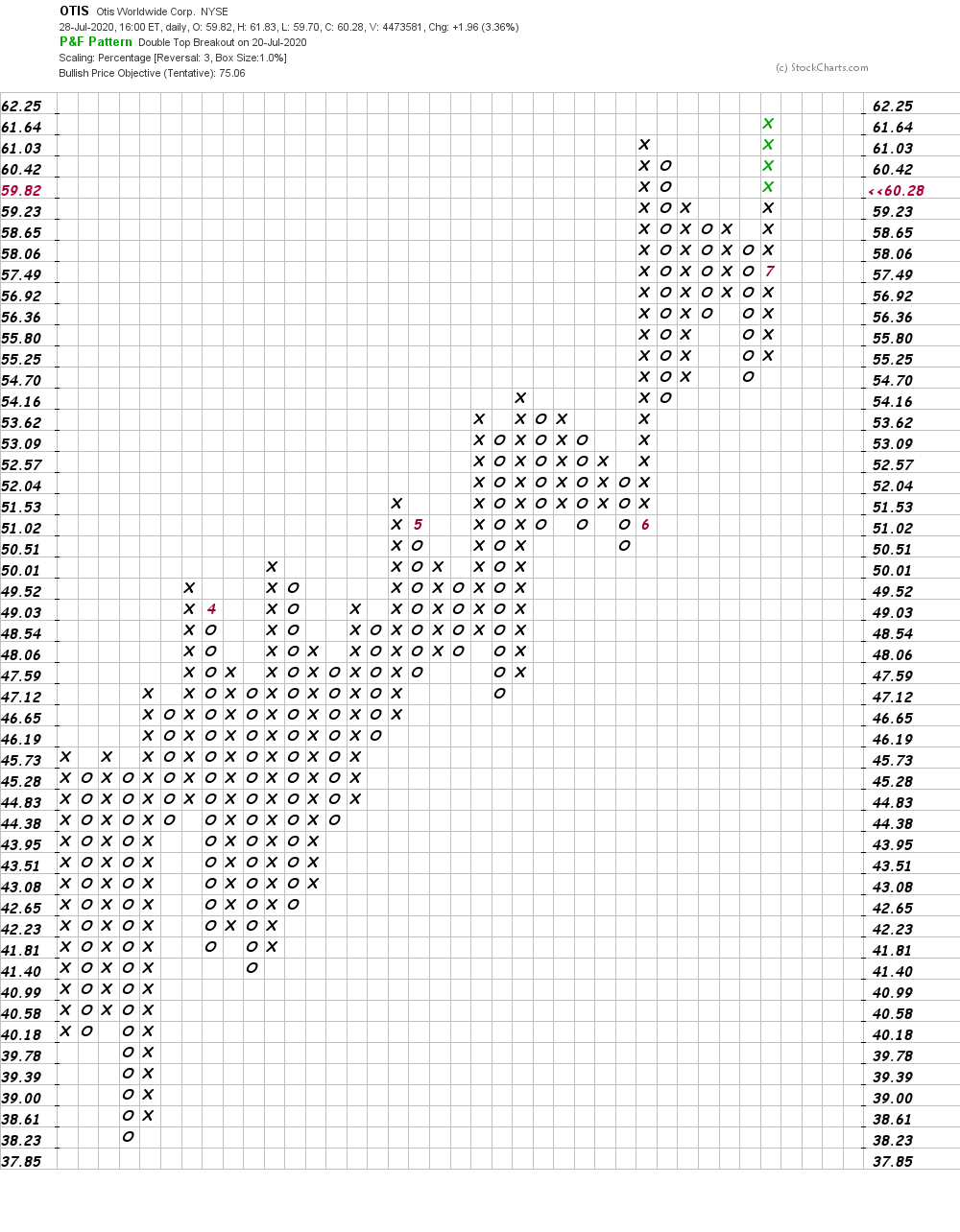 Bottom line strategy: OTIS is in an uptrend and poised to trade higher with a $75 price target so far. New longs should risk a close below $54 for now.

Get an email alert each time I write an article for Real Money. Click the "+Follow" next to my byline to this article.
TAGS: Investing | Stocks | Technical Analysis | Trading | Industrials | Mad Money | Executive Interview