During Wednesday night's "Lightning Round" segment of Mad Money, a caller asked Jim Cramer about Gilat Satellite Networks (GILT) : "That stock is so cheap, why not?" he responded.

Let's check out the orbit of the charts.
In this daily bar chart of GILT, below, we can see that prices made a steep and short-lived rally in January and February. Prices gave up most of the advance by May and have been in a lackluster sideways trend since then.
GILT is trading below the declining 50-day moving average line and below the cresting 200-day line. The trading volume swelled in January and February but has dried up since then.
The On-Balance-Volume (OBV) line made a peak in February and shows no sign of revival. The Moving Average Convergence Divergence (MACD) oscillator is below the zero line in sell territory.

In this weekly Japanese candlestick chart of GILT, below, we see a bearish picture. Prices were in a downtrend for about two years before GILT's temporary but explosive rally. Prices trade below the 40-week moving average line and I fail to see enough lower shadows to suggest that traders are rejecting the lows.
The weekly OBV line is weak and the MACD oscillator just moved below the zero line for an outright sell signal.

In this daily Point and Figure chart of GILT, below, we can see a lot of price history. The chart suggests we could see the $3 area as a price target in the months ahead. 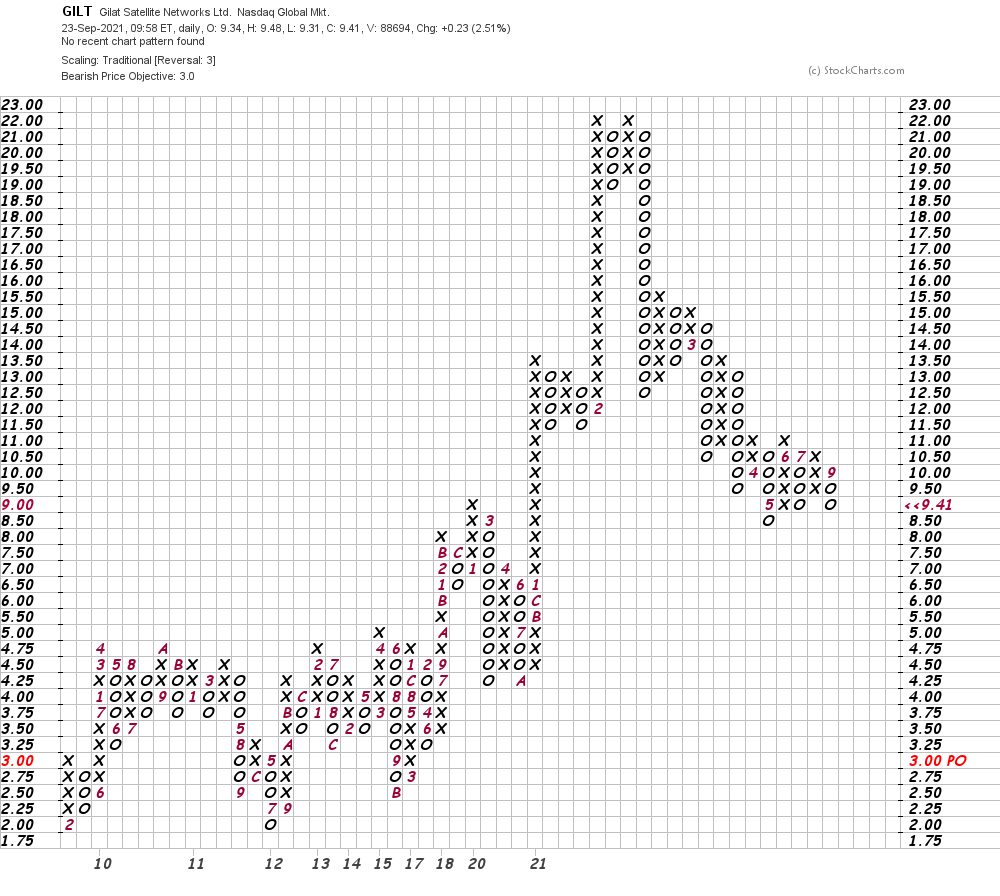 Bottom line strategy: I will take a pass on GILT. The stock price may be cheap but it could get even cheaper. The charts do not suggest that GILT should be bought.
Get an email alert each time I write an article for Real Money. Click the "+Follow" next to my byline to this article.
TAGS: Investing | Stocks | Technical Analysis | Trading | Aerospace | Telecommunications | Mad Money