General Motors (GM)  is a corporate name that needs no introduction. Shares of GM declined from early January and corrected roughly 50% -- a sizable pullback that can attract longer-term investors. From its June/July lows the car maker rallied toward the underside of the declining 200-day moving average line. GM has slipped below the rising 50-day moving average line so a fresh review of the charts is in order.

In this daily bar chart of GM, below, we see a mixed picture. Prices bounced in August and part of September, but the trading volume did not expand on the advance and now looks to have increased on the pullback. The daily On-Balance-Volume (OBV) line made a limited rise from May and has started to weaken. The Moving Average Convergence Divergence (MACD) oscillator has turned lower and is crossing the zero line for an outright-sell signal.

In this weekly Japanese candlestick chart of GM, below, we see a weakening picture. Prices have made a top reversal pattern in early September. GM failed to break above the declining 40-week moving average line. The weekly OBV line has been leading the price action and shows a decline from early August and not early September. The MACD oscillator is below the zero-line and narrowing.

In this daily Point and Figure chart of GM, below, we can see an upside price target in the $64 area. A trade at $43 is needed to refresh the upside. 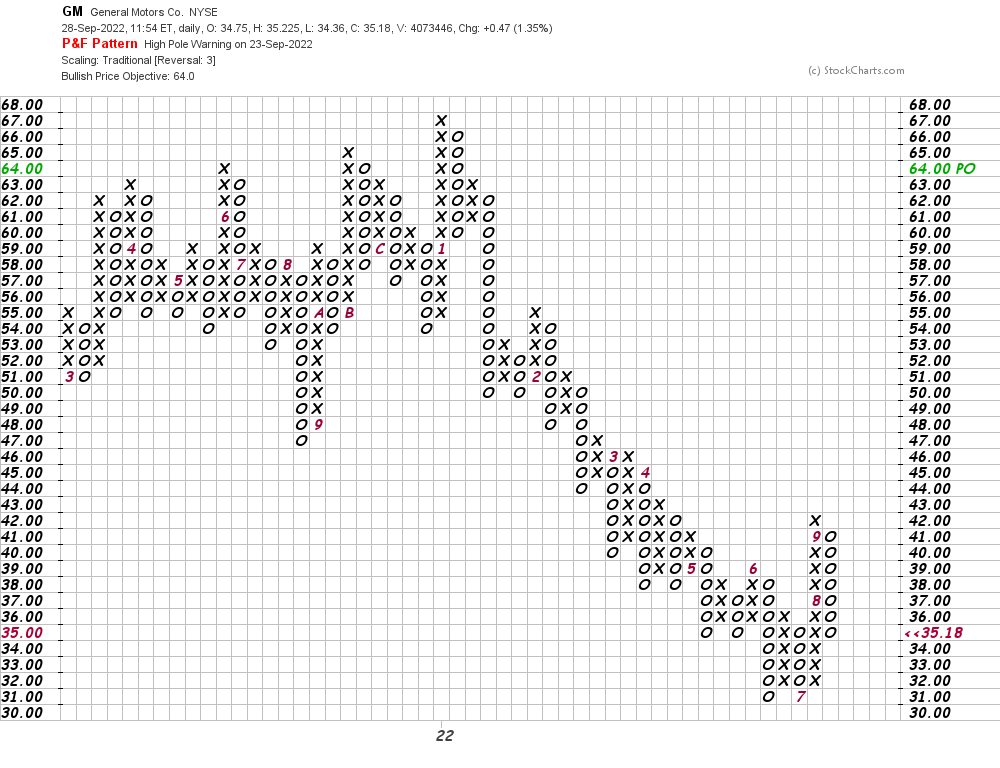 In this weekly Point and Figure chart of GM, below, we can see the same price target as the daily chart - $64. 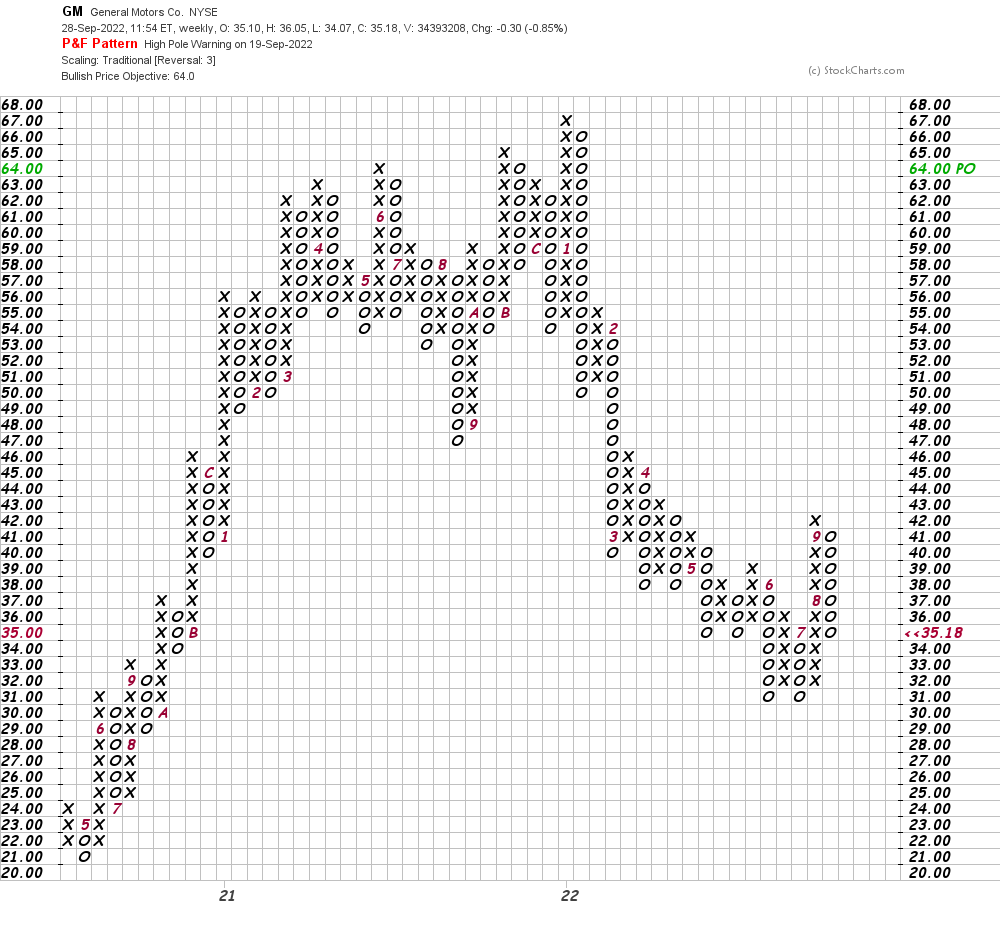 Bottom line strategy: Citi, a major sell side firm cut their price target on GM Wednesday, but kept it "Buy" rating. Despite this mixed fundamental recommendation the charts suggest further declines in the weeks ahead.
Get an email alert each time I write an article for Real Money. Click the "+Follow" next to my byline to this article.
TAGS: Investing | Technical Analysis | Automotive | Transportation | Analyst Actions