In our February 8 review of General Motors (GM) we wrote that "GM looks poised to test and break its August/September lows. A break of these lows are likely to precipitate further declines. The weekly Point and Figure chart suggests we could see $33 in the weeks ahead. Avoid the long side of GM."

Prices have indeed declined since early February, but have yet to reach our $33 price target. The company beat on EPS last night but missed on revenue. Let's check on the charts again.
In this daily bar chart of GM, below, we can see that prices have been in a downtrend since early January. Prices are trading below the declining 50-day moving average line and below the bearish 200-day line.
The daily On-Balance-Volume (OBV) line shows a decline for the past 12 months but a steeper decline since early January.
The 12-day price momentum study shows higher lows from January even though prices have made lower lows. This is a bullish divergence and tells us that the pace of the decline has slowed.

In this weekly Japanese candlestick chart of GM, below, we can see that prices made a double or triple top pattern around $65. Prices have broken down below the September low and now trade below the declining 40-week moving average line.
The weekly OBV line is weak and confirms the price action while the Moving Average Convergence Divergence (MACD) oscillator is bearish.

In this daily Point and Figure chart of GM, below, we can see the same $33 price target we noticed in February. 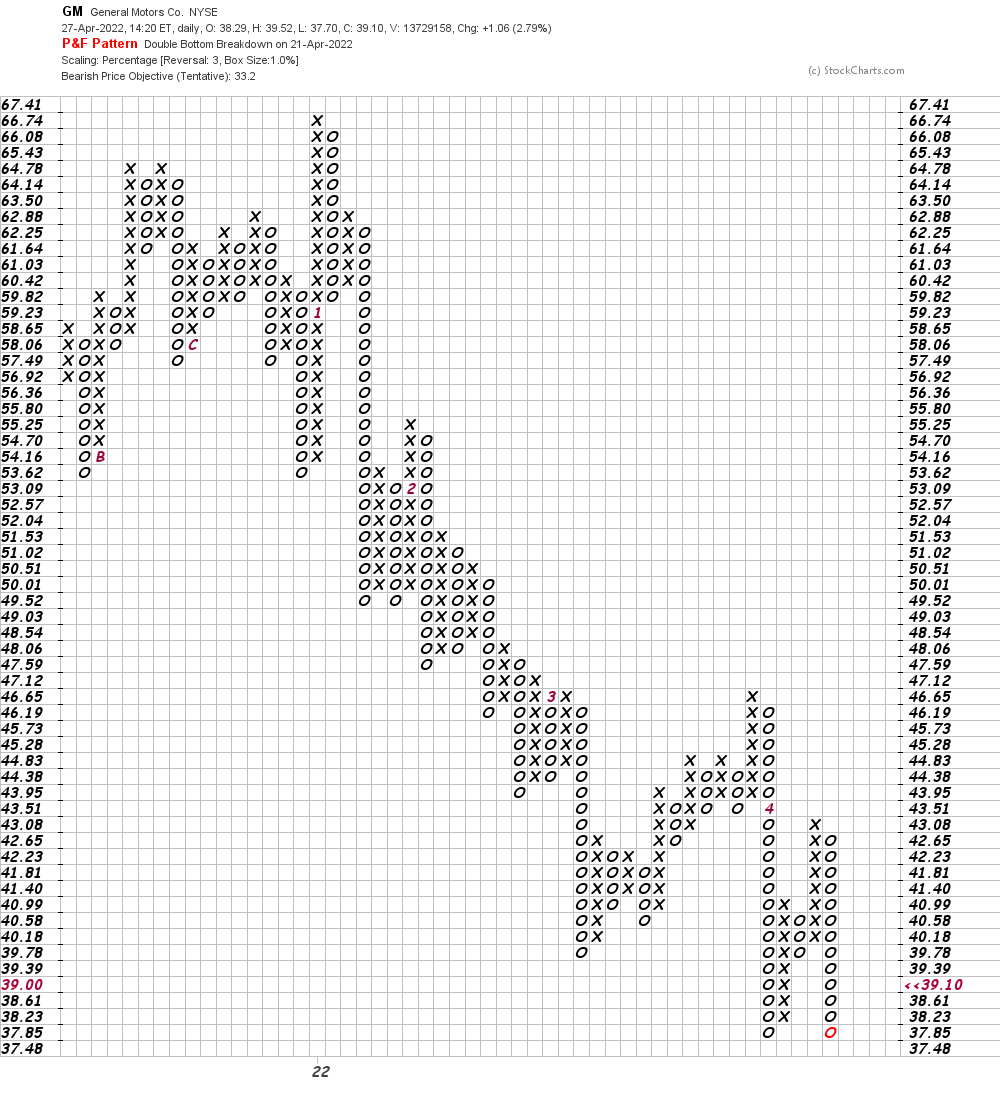 In this weekly Point and Figure chart of GM, below, a price target in the $33-$32 area is projected.

Bottom line strategy: The pace of GM's decline has slowed and that is a positive technical development but more evidence is needed for me to recommend a purchase. Avoid the long side for now.
Get an email alert each time I write an article for Real Money. Click the "+Follow" next to my byline to this article.
TAGS: Earnings | Investing | Stocks | Technical Analysis | Trading | Automotive | Transportation | Electric Vehicles