Harmening said General Mills is growing in nine out of 10 product categories. They have also been aggressively cleaning up their balance sheet, paying down debt so they can return to normal capital allocations.

He added that their acquisition of Blue Buffalo pet food has been terrific for the company. Sales thereo have grown double digits for the past two years.

Harmening noted consumers are also rediscovering cooking at home with brands like Betty Crocker and are stocking up on breakfast cereals.

Cramer said it's rare that you can buy shares of General Mills at a discount and investors should take advantage of recent weakness.

Let's check out the charts to see when this weakness could end.

The On-Balance-Volume (OBV) line was strong from late March telling us that buyers of GIS were aggressive. In June the OBV line became "uneven" and showed some weakness.

The Moving Average Convergence Divergence (MACD) oscillator has been declining since April and is now right on the zero line. Falling below the zero line would be a sell signal.

In this weekly bar chart of GIS, below, we can see that prices made a large base-like pattern the past three years. The recent price action looks like a breakout on the upside but trading volume did not swell. Prices are above the rising 40-week moving average line.

The weekly OBV line shows weakness from March and the MACD oscillator has narrowed to a possible take profits sell signal on this longer time frame.

In this monthly bar chart of GIS, below, we can see the history of trading back to 1985. I only include this to show that long-term trends (secular trends) exist and GIS is likely to make new highs in the months ahead.

In this first Point and Figure chart of GIS, below, we used daily price data. Here the chart is indicating a potential downside price target of $55. 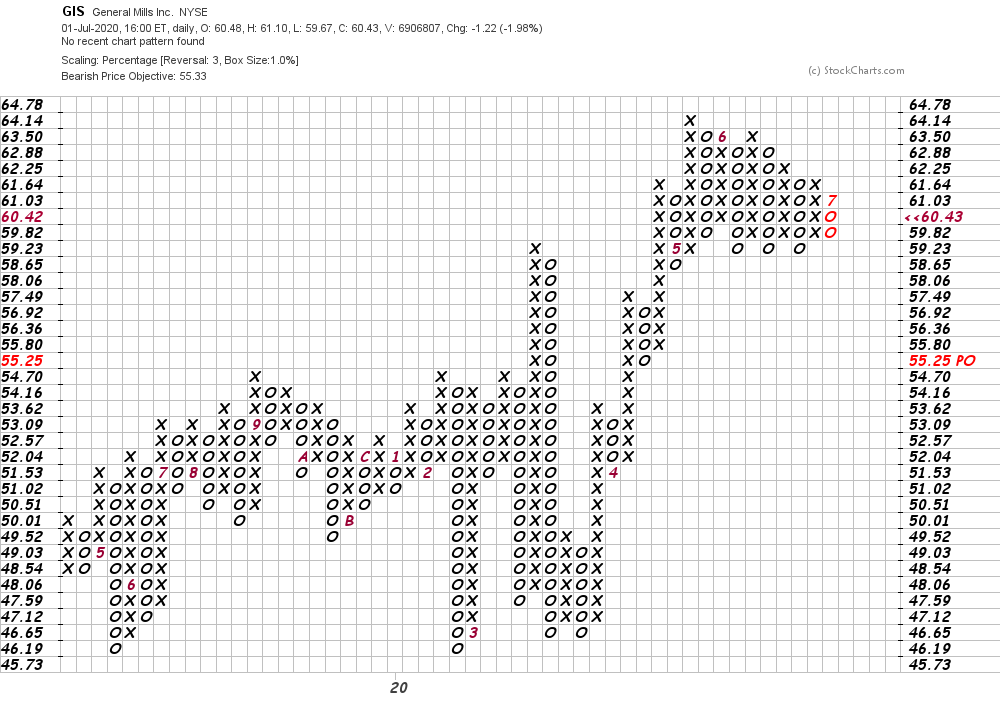 In this second Point and Figure chart of GIS, below, we used weekly close only price data. A traditional even dollar increment scaling was used. Here the chart yields a potential long-term price target of $91. A weekly close at $64 will be bullish. 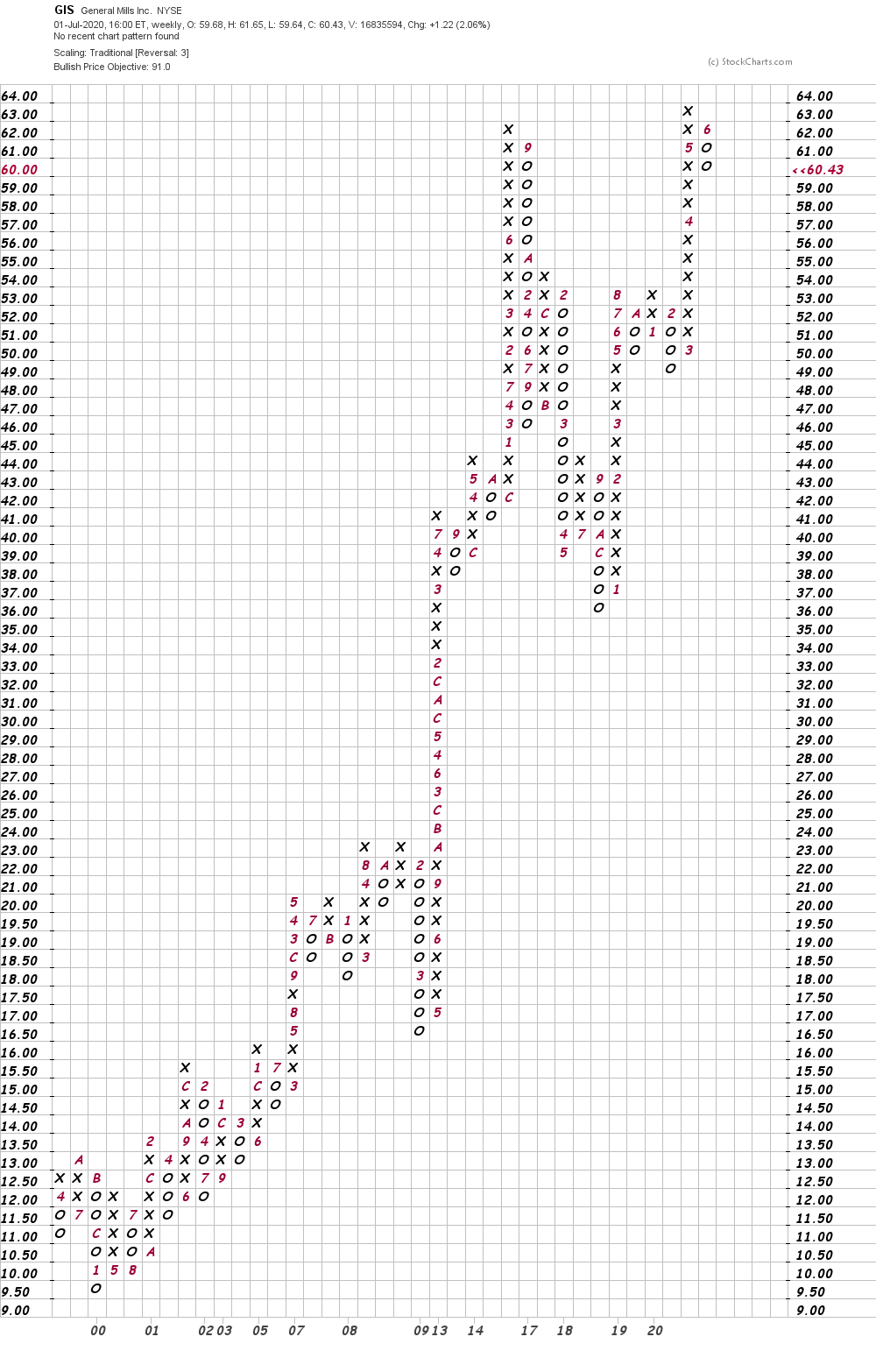 Bottom line strategy: Investors should put GIS on their shopping list. Prices could soften a bit in the short-run but I like what the longer-term charts indicate.

Get an email alert each time I write an article for Real Money. Click the "+Follow" next to my byline to this article.
TAGS: Investing | Stocks | Technical Analysis | Trading | Food & Staples Retail | Pets | Mad Money | Executive Interview

Among other things, results revealed that quite a few firms are now facing a higher bar, and that reopenings have begun affecting consumer behavior in a number of ways.