I returned to my desk Tuesday morning and did my usual "reading in" of news stories. I read that meme-stock "promoter" Ryan Cohen has built a stake in Chinese e-commerce giant Alibaba (BABA) and is reportedly ready to push for share buybacks. I don't want to delve that much into shares of BABA but rather look again at the (FXI) , the large-cap Chinese stock ETF.

In my December 30 review of FXI and BABA, I wrote that "Various pundits have been on FinTV voicing their opinions on what may lie ahead for China. In reality these are probably all sound guesses but I prefer to pay more attention to the price trends in the markets and these suggest more contraction in the months ahead." Let's check the charts again.

In this daily bar chart of FXI, below, I see a negative-looking picture. Let me explain. Prices have made three small "waves" higher from early November. The news flow has been bullish with media reports of fund buying, reopening economic strength and the ending of Covid restrictions.

Today I am reading about an American investor supposedly taking a big stake in BABA. Being more interested in the price action than the story I see the FXI is trading lower. Prices made a new high for the move up Monday and is likely to close below Monday's low Tuesday for a "close below the low of the high day" reversal signal. While trading volume looks like it has been more active since late October, it also looks like it has diminished during the past three months.

The daily On-Balance-Volume (OBV) line has moved up from early November but is now stalled at its early December zenith. The 12-day price momentum indicator shows lower highs from the middle of November telling me that the pace of the advance has slowed and this is a bearish divergence when compared to the price action making higher highs. Bearish divergences can foreshadow price declines at times.

In this weekly Japanese candlestick chart of FXI, below, I can see that prices have pushed up into the halfway point of an overhead resistance zone from earlier this year in the $30-$35 area. Prices are above the bottoming 40-week moving average line.
The weekly OBV line is up from a mid-October low but it has not broken above its 2022 highs. The slow stochastic indicator (an overbought/oversold indicator) is in overbought territory suggesting that a correction could unfold in the days ahead.

In this daily Point and Figure chart of FXI, below, I can see that prices reached an upside price target in the $32 area. 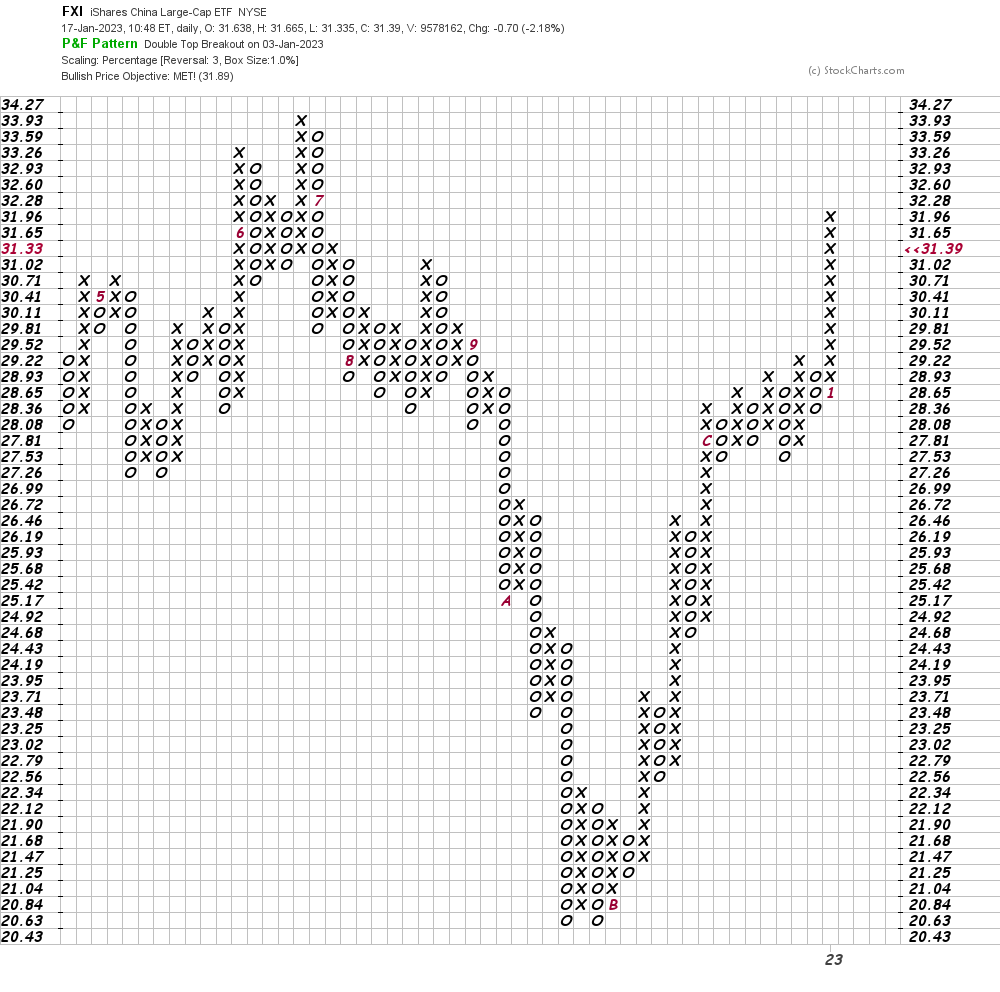 In this weekly Point and Figure chart of FXI, below, I can see an upside price target in the $37 area but I also see potential overhead chart resistance. 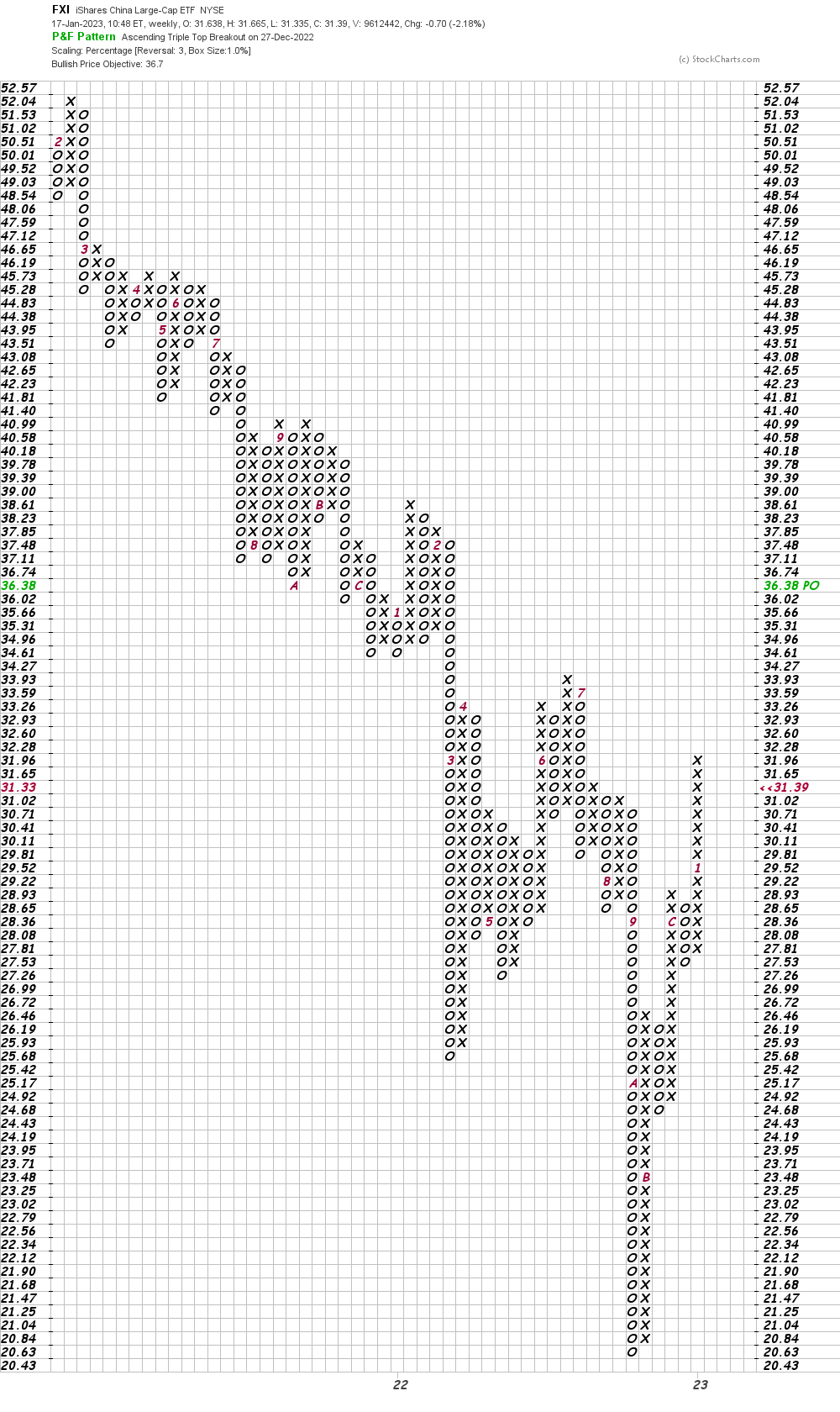 In this daily Point and Figure chart of BABA, below, I see that prices have reached and exceeded an upside price target in the $99 area.

Bottom line strategy: BABA is just slightly over 10% of the FXI but the charts and indicators of the FXI are suggesting weakness ahead. I am a technical analyst but I tend to doubt that a U.S. investor is going to exert much influence over a Chinese firm.
I still look for the FXI and the Chinese economy to weaken. Avoid the long side of FXI and BABA.
Get an email alert each time I write an article for Real Money. Click the "+Follow" next to my byline to this article.
TAGS: Emerging Markets | ETFs | Investing | Markets | Stocks | Technical Analysis | Trading | E-Commerce | China