FedEx (FDX) is Tuesday's Stock of the Day at Real Money. The company is in the news this morning as they issued an apology for mishandling packages destined for Huawei Technologies amid accusations that it deliberately diverted four parcels addressed to the Chinese tech giant's offices in Asia.

The stock price is indicated lower this morning ahead of the opening but let's step back and look at the bigger picture.

In this daily bar chart of FDX, below, we can see a pattern of lower highs and lower lows from June. The slope of the 200-day moving average line has been negative or bearish since early October and the 50-day line turned bearish again at the beginning of May.

The daily On-Balance-Volume (OBV) line has been neutral or weak the past year and is close to a new low for the move down. A weak OBV line is a sign that sellers have been more aggressive.

In this weekly bar chart of FDX, below, we went back four years to see where traders may be looking for potential support. Prices show a peak at the end of 2017.

The 40-week moving average line has been bearish for several months now.

The weekly OBV line has been weak since September and the MACD oscillator is turning down again for a fresh outright sell signal below the zero line. 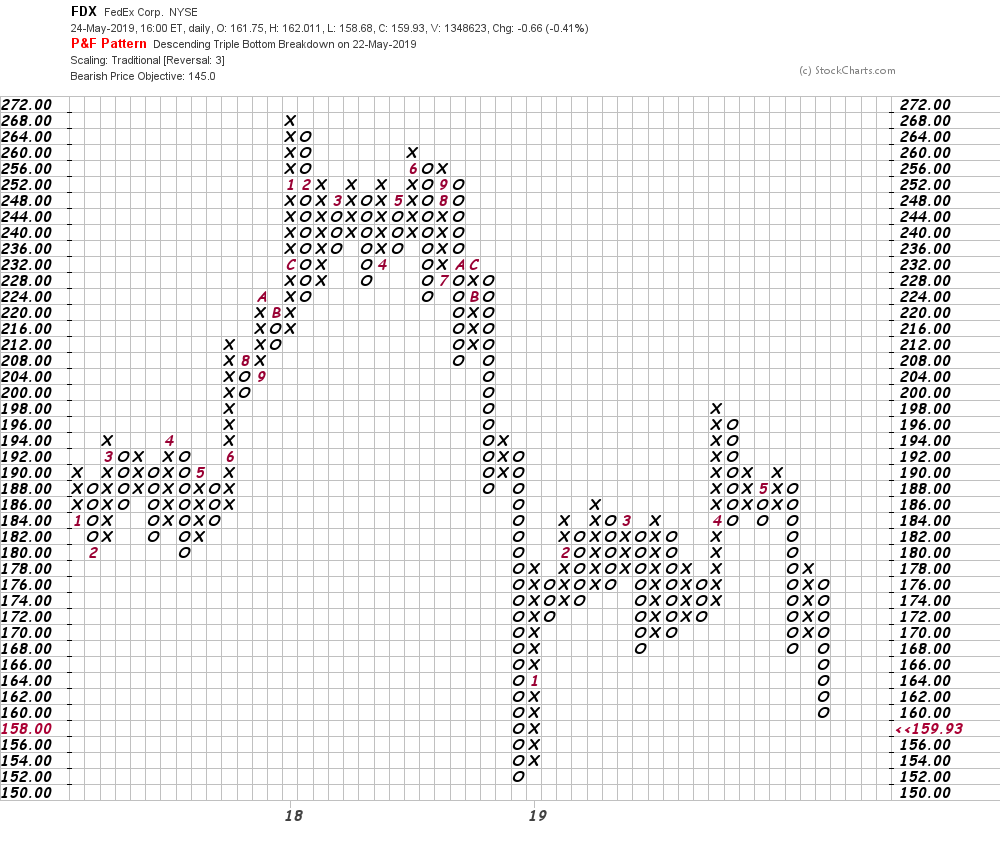 Bottom line strategy: FDX has been in a bear phase well before today's news. Our Point and Figure chart suggests a downside price target of $145 in the weeks ahead. If you are interested in going long FDX you should resist the urge until buyers show up, probably at a much lower level.

Get an email alert each time I write an article for Real Money. Click the "+Follow" next to my byline to this article.
TAGS: Investing | Markets | Stocks | Technical Analysis | Trading | Transportation | Stock of the Day