Mehrotra said no matter what the technology trend, from artificial intelligence to 5G to the cloud, Micron's chips are a mission critical component. They continue to be leading the memory market in both DRAM and NAND flash chips.

Mehrotra noted that memory remains among the fastest growing segments of the market. He also admitted that with demand so strong for memory of all kinds, some shortages in supply exist.

Cramer said he liked Micron at $30 a share and has been a fan ever since. He said shares could ultimately see $100.

Let's check on the condition of the charts and look for any price targets.

In this updated daily Japanese candlestick chart of MU, below, we can see that this past Thursday and Friday appears as a very large and bearish engulfing pattern. Friday's real body "engulfs" Thursday's real body both on the upside and downside. A bearish candlestick pattern today (Monday) will be confirmation of a top reversal.

The On-Balance-Volume (OBV) line shows a lower high in January than December even though prices made a higher high. This is a bearish divergence as the indicator is not confirming the price action and the turn lower in the OBV line from December tells us that sellers have become more aggressive.

In this weekly Japanese candlestick chart of MU, below, we can see a bearish weekly candle pattern - this could be a rickshaw man pattern or a spinning top with a very large upper shadow. What we call the pattern is not as important as recognizing that it is bearish. A bearish pattern this week will confirm the top reversal.

The slope of the 40-week moving average line turned positive in November and the OBV line is still pointed up.

The Moving Average Convergence Divergence (MACD) oscillator is in a bullish alignment above the zero line but the two moving averages that comprise the indicator have begun to narrow. This tells us that the strength of the uptrend has begun to weaken.

In this daily Point and Figure chart of MU, below, we can see that prices have reached and exceeded a projected upside target of $73. A correction seems in order. 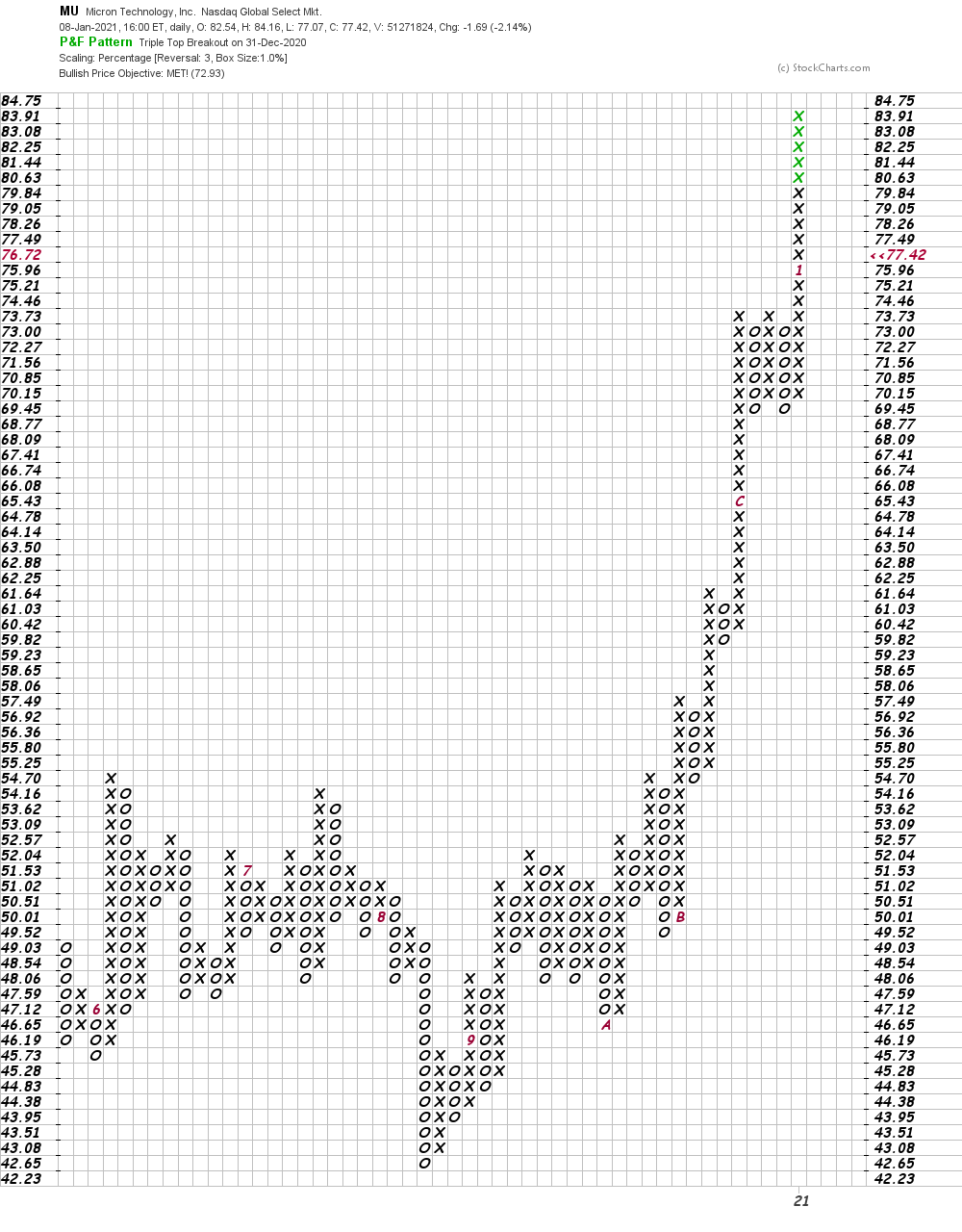 In this weekly close only Point and Figure chart of MU, below, we can see that the software is projecting a potential price target in the $137 area. 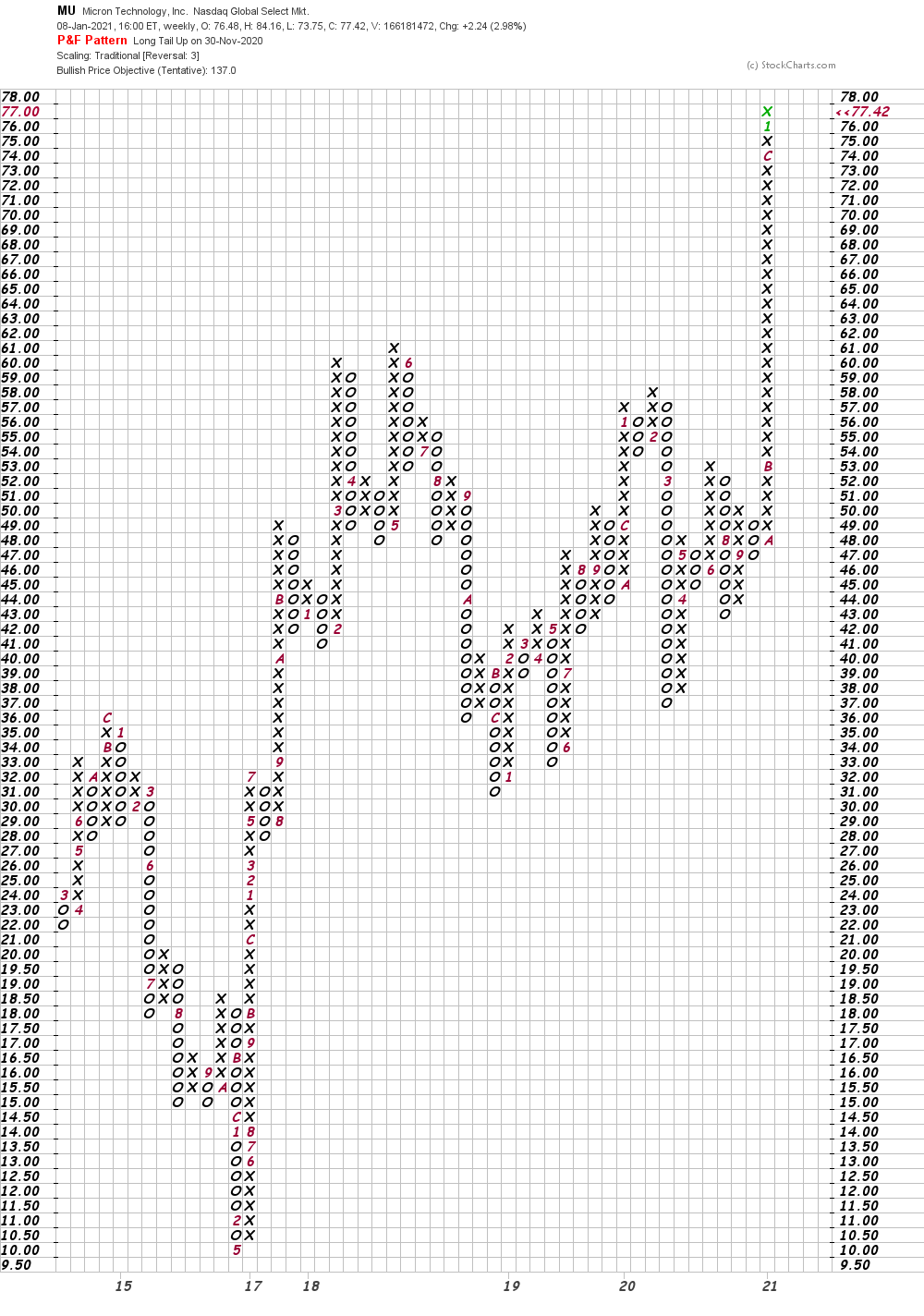 Bottom line strategy: MU looks like it will pull back and correct the price strength seen since August. This could mean a retest of support around $70 or maybe even a deep correction. Longer-term a rally to the round number of $100 and perhaps our Point and Figure target of $137 is possible later in 2021. Maybe a Japanese candlestick pattern will help us find the bottom of this correction.

Get an email alert each time I write an article for Real Money. Click the "+Follow" next to my byline to this article.
TAGS: Investing | Markets | Stocks | Technical Analysis | Trading | Semiconductors & Semiconductor Equipment | Technology | Mad Money | Executive Interview