"This stock should be higher. I'm a buyer," responded Cramer. The company bills itself as the largest commercial company specializing in the design and production of thermal imaging cameras. Let's check the images on the charts.

In this daily bar chart of FLIR, below, we can see that prices were cut down sharply from February into March. FLIR did rebound into April and May, but the rally fizzled at the underside of the declining 200-day moving average line in May and June. Prices have worked lower in August, but we are seeing some bullish divergences that give us some optimism going forward.
The On-Balance-Volume (OBV) line has been going up from late June even as prices have gone lower. Investors with foresight can be more aggressive buyers on weakness. The 12-day price momentum study is showing us a higher low from June to August, even though prices made a lower low. The better momentum readings tell me that the pace of the decline slowed and that often happens when there is scale-down buying.

In this weekly bar chart of FLIR, below, we can see that prices peaked back in late 2018. Prices are below the declining 40-week moving average line and the weekly OBV line is pointed down. The MACD oscillator has turned lower and is very close to a downside crossover and fresh sell signal.

In this Point and Figure chart of FLIR, below, we used daily price data. The chart shows a much lower price target but if we get a rally back up to $39.39 the picture becomes more constructive in my opinion. 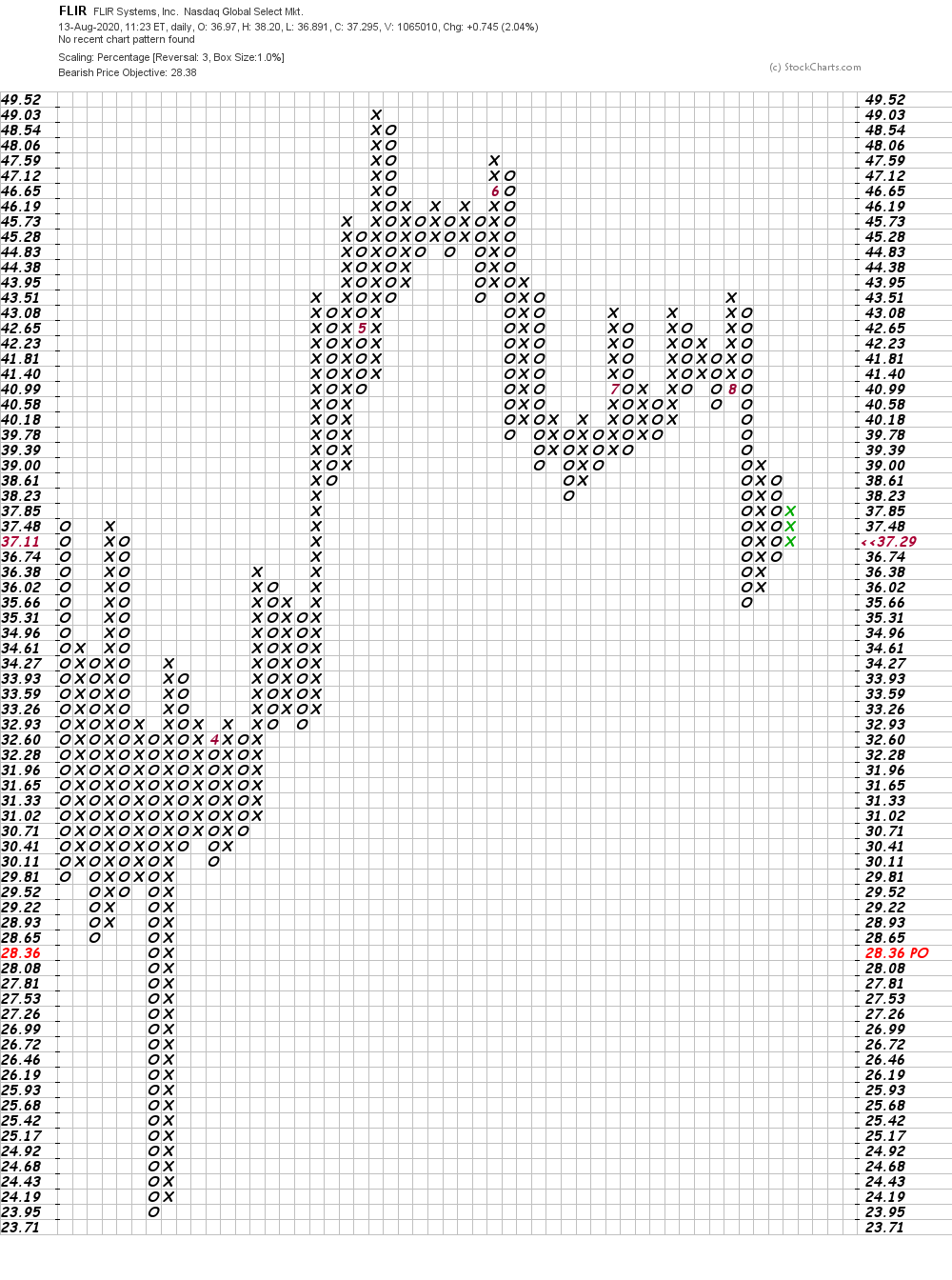 Bottom line strategy: Because we have a number of bearish signals on these charts we would only want to buy FLIR on strength even though there are some bullish divergences. Aggressive traders could go long FLIR on a close above $42 while risking a close below $35.
Get an email alert each time I write an article for Real Money. Click the "+Follow" next to my byline to this article.
TAGS: Investing | Technical Analysis | Technology | Technology Hardware & Equipment | Mad Money