Let's start with some history. Interest rates have been around for a very long time. I once got a chart of interest rates going back 5,000 years. True. Some of the data came from the Old Testament.

Many of you may have seen a 200-year chart of U.S. interest rates prepared from data from Sydney Homer and his book "The History of Interest Rates."

In this sample of the 200-year chart, below, (not updated with more current data), you can see that rates move up and down in a huge sideways pattern. There are definite periods of time when rates have trended both up, like from 1951 to 1981, and down, like from 1981.

The key takeaway from this chart is that the downtrend of rates from 1981 has been broken. 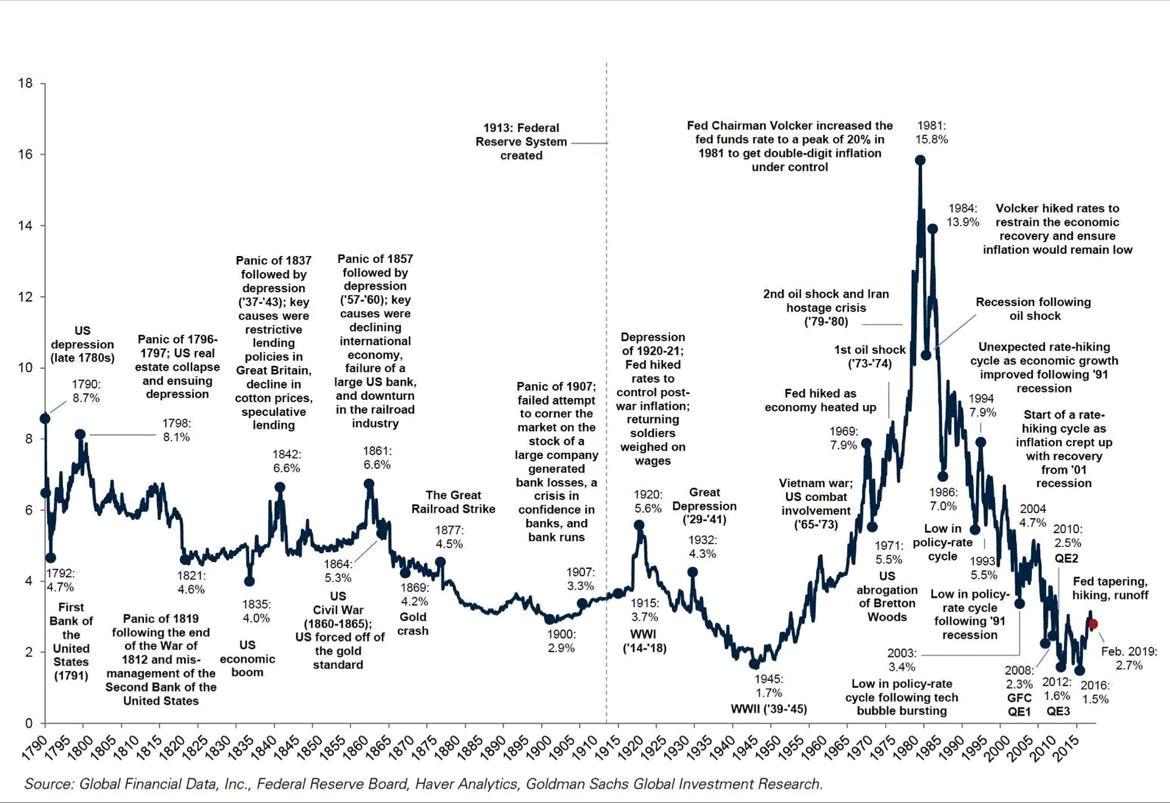 In this up-to-date chart of the 10-Year Treasury yield, below, we can see lower highs and lower lows from 1994 to a low in 2020. Rates turned higher and broke the long-term downtrend in early 2022.
The downward trend extends back to 1981 (not shown) when Paul Volcker started to tighten rates and fight the inflationary trend that was raging. A break of a trend that was in force for approximately 40 years should not be ignored. (underlined and bolded for emphasis).

There are some other points to the chart (above) worth noting. Yields are above the rising 40-week moving average line, telling us that the longer-term trend is up. We do not have volume data so we do not know if volume is increasing in the direction of the trend and whether the On-Balance-Volume line is rising. (There are other fixed income instruments we could look at.)
The Moving Average Convergence Divergence (MACD) oscillator is firmly above the zero line and rising, telling us that this trend has strength. A swing objective (the height of the downward channel projected upwards) gives us a yield target of around 5%. A 10-Year yield of around 5% could mean mortgages at 8.00% as a guesstimate.

Market commentators tell you not to fight the Fed and technical analysts tell you to trade with the trend so the strategy is easy: Respect this trend of rising rates. A break of 40-year downtrend is a major event and rushing to pick a peak in rates is likely to end poorly.
Get an email alert each time I write an article for Real Money. Click the "+Follow" next to my byline to this article.
TAGS: Mortgages | Federal Reserve | Fixed income | Interest Rates | Investing | Investing basics | Technical Analysis | Treasury Bonds

How did I get so bullish on bonds? Several factors.

Is the next bear market rally just around the corner? The CPI will let us know.

Welcome to the Jungle, It's Not Fun and Games

It's a dauting task to manage these markets, which have some similarities to those during Great Financial Crisis, but here's what to do.