Canadian-based Franco-Nevada (FNV)  owns royalties and streams in gold mining and other commodity and natural resource investments (300 royalties: two-thirds in base and precious metal miners, and one-third in oil and natural gas).

Let's check out some charts.

In this daily Japanese candlestick chart of FNV, below, we can see that prices made a bottom in March and then rallied to a small double top in late July/early August. FNV has been correcting lower since early August but downside price momentum has been slowed. We can see higher lows since late November (bottom panel) while prices have made lower lows. This tells us the pace of the decline is slowing and that is a bullish divergence when compared to the price action making lower lows. Someone(s) is a scale down buyer.
The slope of the 50-day moving average line is negative and the 200-day line is cresting/rolling over. A bearish death or dead cross of these two averages can be seen in December, well off the top.
The On-Balance-Volume (OBV) line peaked in late July but has been stable/holding the past two months.

In this weekly Japanese candlestick chart of FNV, below, we can see that prices have declined down to around the early 2020 high in the $120 area. Prices are trading below the declining 40-week moving average line but it will not take much of a rally to break back above it.
The OBV line has been steady the past three months even as prices have declined. I believe the steady OBV line is from scale down buyers of FNV.
The 12-week price momentum study shows some slow improvement since October.

In this daily Point and Figure chart of FNV, below, we can see a potential downside price target in the $108 area. A rally to $134 is likely to change the picture to more bullish. 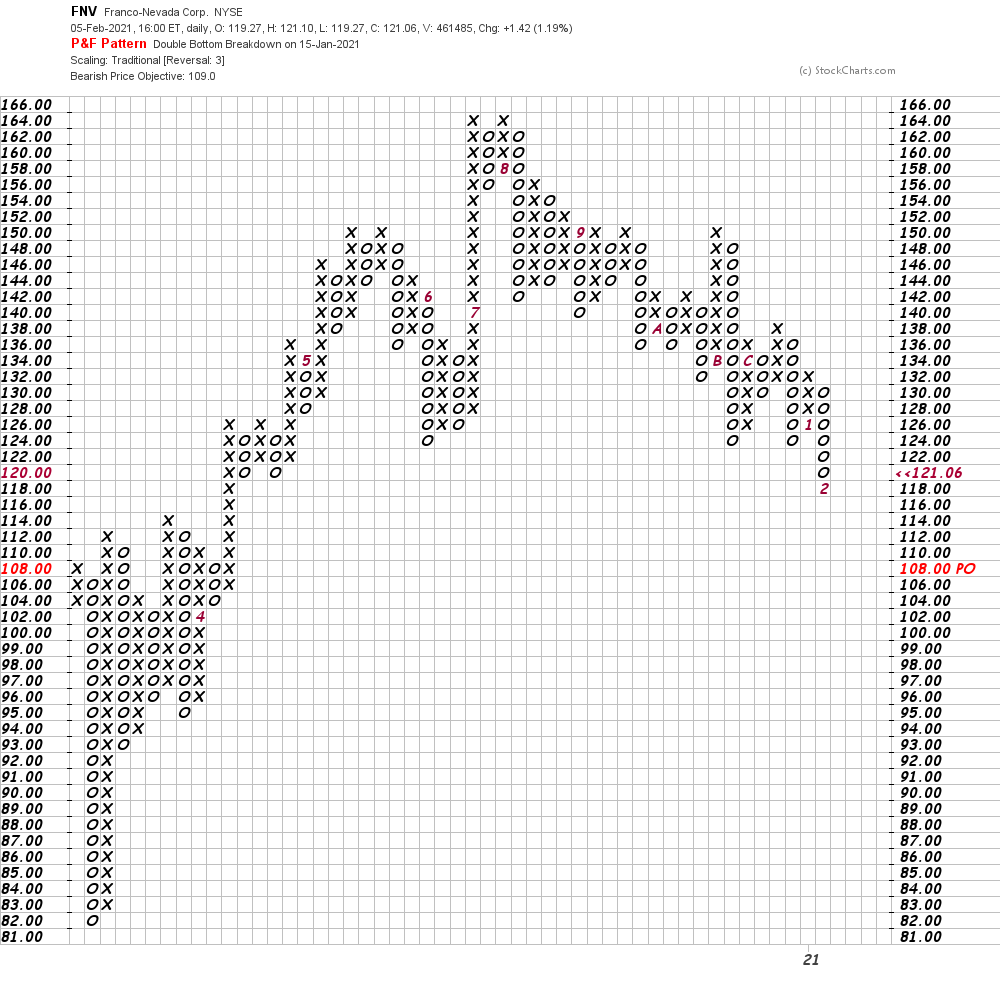 In this weekly Point and Figure chart of FNV, below, we can see a downside price projection but we can also see a fair amount of potential price support looking at the volume by price bars on the left scale. 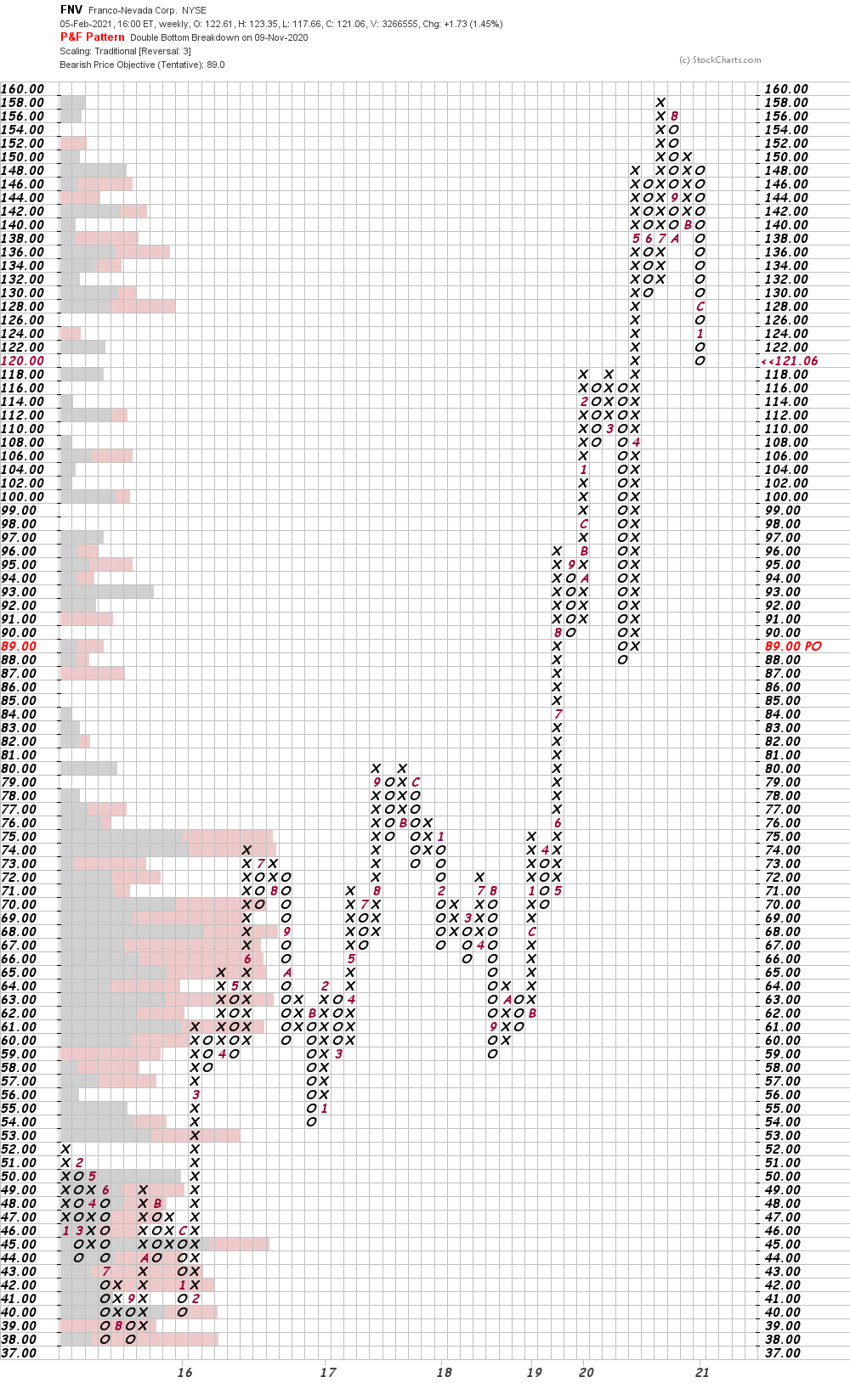 Bottom line strategy: FNV has begun to show us signs of a bottom reversal - stable OBV line and improving downside price momentum. Aggressive traders could probe the long side of FNV at current levels risking a close below $110. We will take a look at Newmont Corp. ( NEM) tomorrow.
Get an email alert each time I write an article for Real Money. Click the "+Follow" next to my byline to this article.
TAGS: Gold | Investing | Markets | Stocks | Technical Analysis | Trading | Metals & Mining