For one of Jim Cramer's "Executive Decision" segments during his Mad Money program Tuesday night, he spoke with Kevin Mandia, CEO of FireEye (FEYE) , the cybersecurity company that saw mixed results when it reported a week ago. Shares for FireEye are virtually flat for the year.

Mandia said that FireEye just completed a global poll of over 800 companies worldwide to learn more about what's happening on the front lines of cybersecurity. He said companies are reporting more breaches this year, but overall the response has been better and there have been fewer major breaches making headlines.

Mandia noted that many hackers are still targeting easy targets with ransomware, which encrypts your data and holds it hostage until payment is made.

When asked about hacking our upcoming elections, Mandia said he doesn't see a direct attack against our voting infrastructure being very likely. Hackers and nation states are instead taking a softer approach, going after the hearts and minds of voters with misinformation, which is harder to detect and fight than a direct attack.

Let's check and see what the charts can add to the conversation and analysis.

In this daily bar chart of FEYE, below, we can see a number of positive signals. Prices are above the rising 50-day moving average line and the bottoming 200-day moving average line. Prices have broken above the July highs giving us a higher high on the chart. The early October low was a higher low so now we have started a new uptrend which is defined as higher lows and higher highs.

The daily On-Balance-Volume (OBV) line has been surging higher since early August and it too is well above its July peak telling us that buyers of FEYE have been more aggressive for several weeks now.

In this weekly bar chart of FEYE, below, we can see that prices are above the bottoming 40-week moving average line.

The weekly OBV line has been very strong the past three months and has posted a new high for the move up which is likely to foreshadow a new price high in the weeks ahead.

The MACD oscillator crossed to the upside for a cover shorts buy signal in September and now the oscillator is close to crossing the zero line for an outright go long signal.

In this first Point and Figure chart of FEYE, below, we can see a nearby price target of $17. 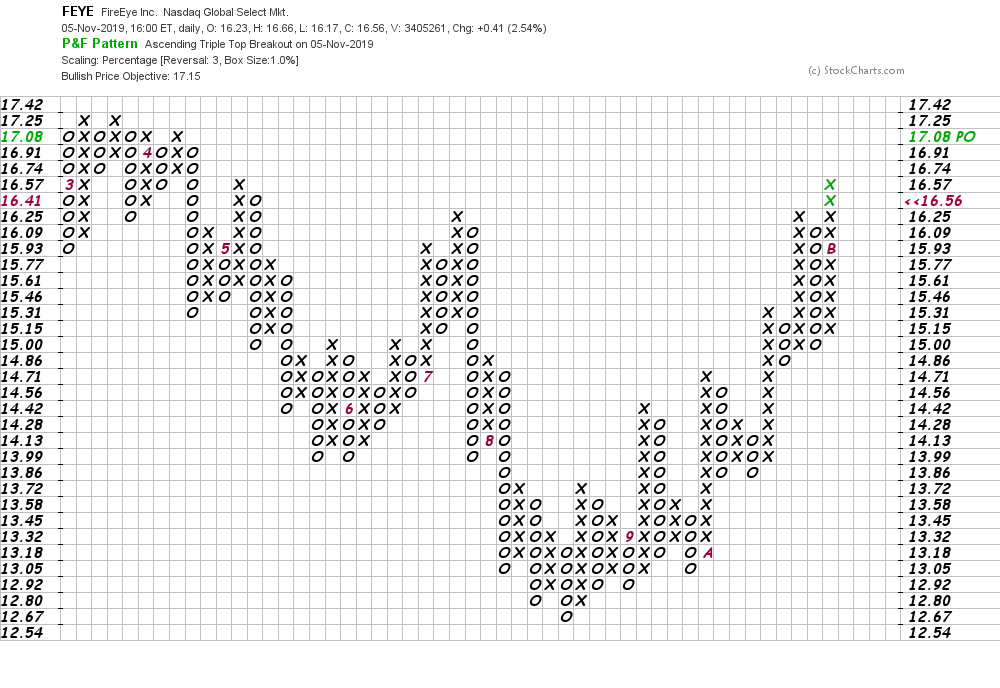 In this second Point and Figure chart of FEYE, below, we used weekly close only data. Here we find a possible price target of $22. 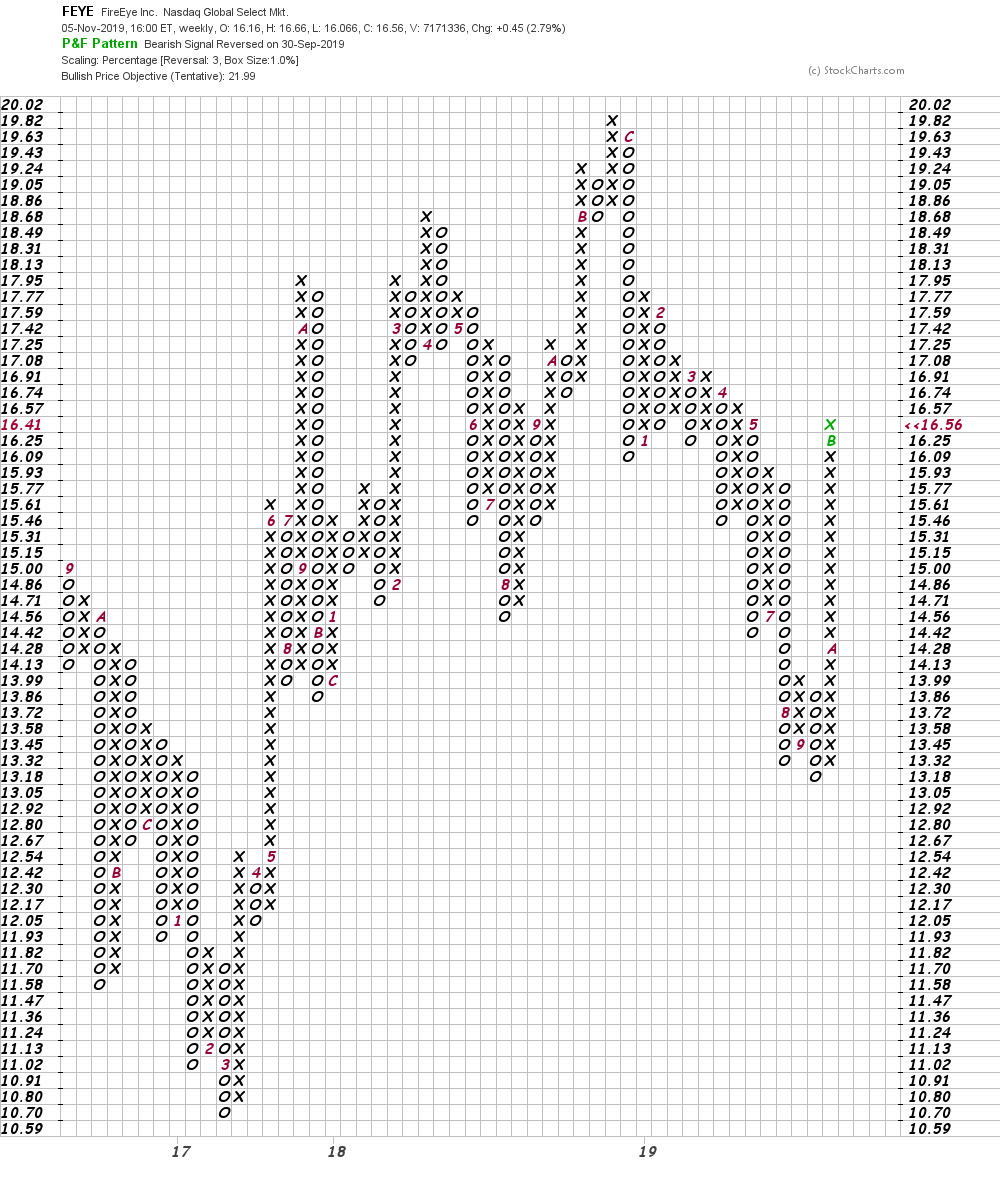 Bottom line strategy: Traders could go long FEYE at current levels risking a close below $15. $22 is our first price target.

Get an email alert each time I write an article for Real Money. Click the "+Follow" next to my byline to this article.
TAGS: Fundamental Analysis | Investing | Stocks | Technical Analysis | Trading | Cybersecurity | Software & Services | Mad Money | Executive Interview