I see all the tweets and chatter around the recent stock splits from Apple (AAPL) and Tesla (TSLA) . Folks, including myself, trying to explain that it doesn't create "value" while others justify the splits are bullish because they will create more retail demand or some garbage like that.

We exist in a market that challenges your logic probably on a daily basis. But remember, your logic is not necessarily the same as someone else's logic. So, while I may not see the logic in bidding a stock up 5%, 6%, or 7% because it announces a stock split, obviously more people willing to buy Tesla held a different logic. Rather than try to impose your logic, your will, against a market that sees it differently, often it is best to walk away.

The travel sector is another one where I face that challenge. I see names like Travelzoo (TZOO) , TripAdvisor (TRIP) , and Gogo (GOGO)  , all were strong just now, and I begin to ponder what does someone else know that I don't know. What logic are they employing?

Travelzoo popped strong out of the gate this morning. For the week, shares are up roughly 22%. This one bounced in April and May, similar to the overall market, but shares have this rounding higher low against the same resistance level. It's possible Travelzoo pushes into the $10 to $11 range. That wouldn't seem logical to me as travel is nowhere near pre-Covid levels, however, markets are forward-looking. Perhaps, the logic is we'll be normal in six to 12 months. 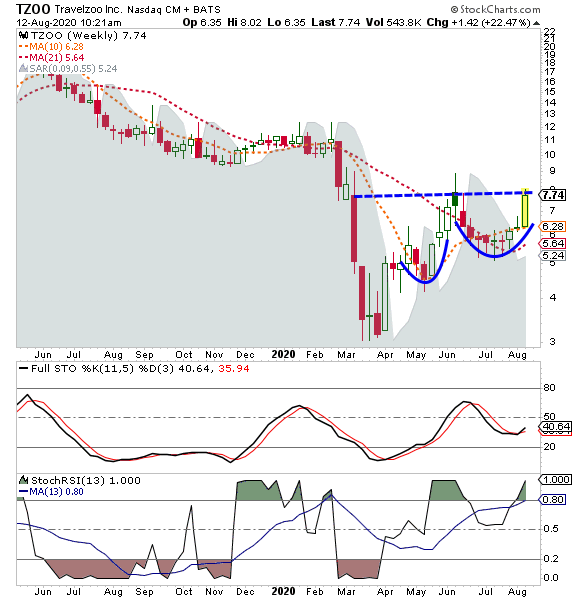 Or check out Gogo. This is a name focused on in-flight connectivity. Less travel equals less demand. Since May, this has been a straight line higher. Over the past month, we've watched a bullish flag consolidation via the recent pullback, and now shares are testing those March resistance levels again. A close over $3.75 this week could be huge for GOGO. The $5 level by the fall is aggressive, but not impossible based on the weekly charts. Logical? Not to me, but I'd be foolish not to continue to watch GOGO for a breakout. 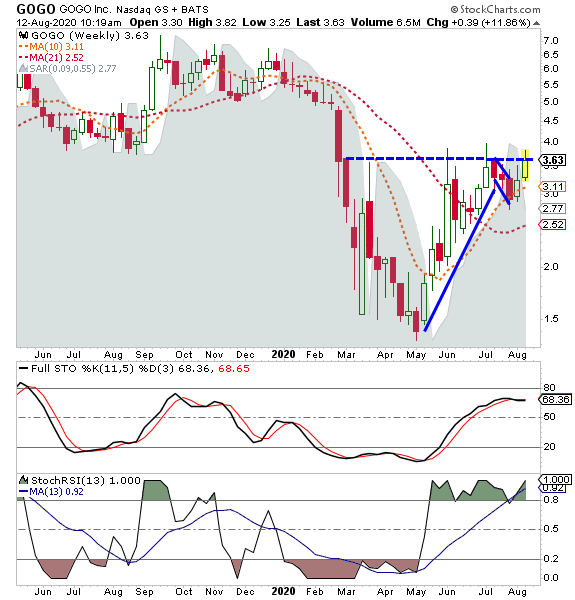 Out of the group, TripAdvisor may have the best risk-reward here. The stock will probably hit some resistance around $24, but shares aren't nearly as extended. Momentum and trend aren't overheated and support is $2 below the stock. Also, we're setting up for the 21-week simple moving average (SMA) to push the 10-week SMA higher here as we work off that June spike. Overall, this is probably the name I would roll the dice on. 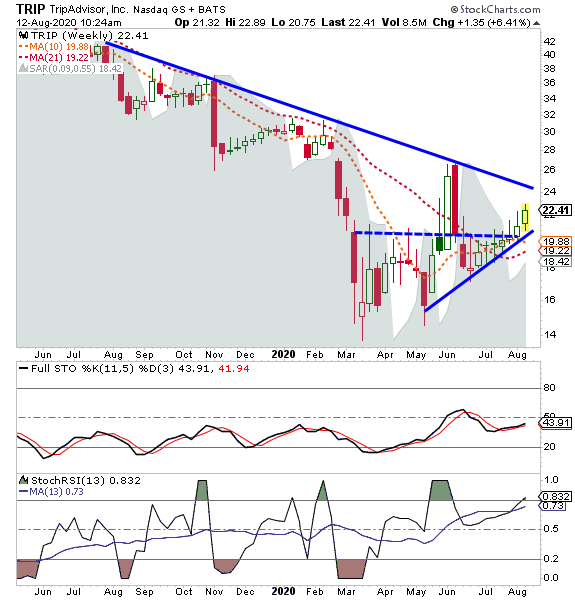 Putting aside personal logic can be the most difficult thing for a trader to do. That's why the fact the market can stay irrational longer than you can stay solvent holds true to this day.

Get an email alert each time I write an article for Real Money. Click the "+Follow" next to my byline to this article.
TAGS: Economy | Investing | Markets | Stocks | Technical Analysis | Trading | Resorts and Hotels