Silverman explained that Etsy will always be disciplined with their investments, but right now they need to invest in marketing to sustain their momentum.

Etsy has the potential to be so much bigger, Silverman continued. Etsy doesn't sell the same thing that 10 other vendors sell, leaving them only to compete on price and shipping times. Etsy is made up of over three million artisans who will make and customize an item just for you.

Silverman added that Etsy is growing at 2.5 times the rate of overall e-commerce as more people are discovering the joys of connecting with an individual person and supporting a small business instead of a big-box retailer.

Let's check in on the charts. We looked at ETSY on October 22 and wrote that "With a Point and Figure target of $114 we could see ETSY test nearby support in the $120-$110 area. If ETSY reaches $114 it would mean that prices declined more than halfway through the support zone and that increases the odds that ETSY could fall still further."

In this updated daily bar chart of ETSY, below, we can see Thursday's decline despite an earnings beat. Prices are testing the rising 50-day moving average line.
The On-Balance-Volume (OBV) line has turned down and the Moving Average Convergence Divergence (MACD) oscillator continues to move lower towards the zero line.

In this weekly bar chart of ETSY, below, we can see the start of weakness. Prices are still in an uptrend and above the rising 40-week moving average line but the OBV line has weakened and so has the MACD oscillator.

In this updated daily Point and Figure chart of ETSY, below, we can see a potential downside price target in the $115 area. 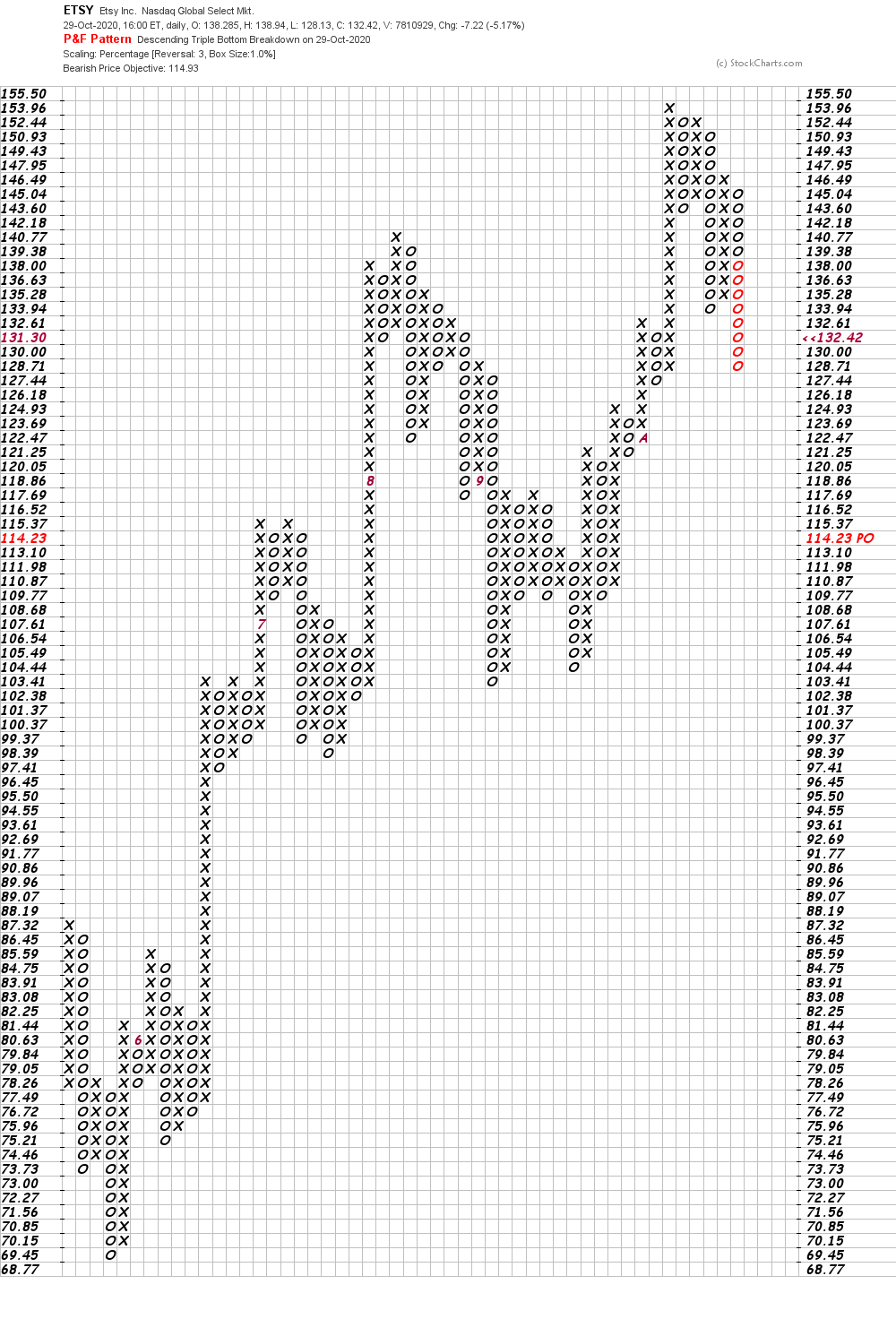 Bottom line strategy: Remain defensive as the charts and indicators still suggest further weakness ahead.
Get an email alert each time I write an article for Real Money. Click the "+Follow" next to my byline to this article.
TAGS: Earnings | Investing | Stocks | Technical Analysis | Trading | E-Commerce | Mad Money | Executive Interview