The Energy Select Sector SPDR ETF - (XLE) - includes all the big energy companies. Prices have rallied since early November and they are back to an area of overhead chart resistance beginning around $55.

In this daily bar chart of XLE, below, we can see the late October price low around $29 followed by the rally to the $54 area by early March. There were corrections in December and January but prices kept rising. The XLE is trading above the rising 50-day moving average line as well as above the rising 200-day line. Notice the bullish golden cross of the 50-day and 200-day lines in late December.

The On-Balance-Volume (OBV) line has moved higher to follow the price action but the line has become stalled in March. The Moving Average Convergence Divergence (MACD) oscillator has turned lower in March for a take profit sell signal.

In this weekly Japanese candlestick chart of XLE, below, we can see a evening star reversal pattern at the end of February and early March. Prices could move sideways or decline after this reversal. Notice how prices found support around $55 from the end of 2018 to early 2020. This area is likely to reverse from support to resistance.
The slope of the 40-week average line is still positive. The weekly OBV line shows strong gains over the past 12 months but it looks stalled in the past month. The MACD oscillator is bullish but has narrowed in the past four weeks telling us that the uptrend is beginning to slow.

In this daily Point and Figure chart of XLE, below, we can see a potential upside price target in the $54 area. This is positive but it does not tell me that the resistance around $55 is going to be overcome. 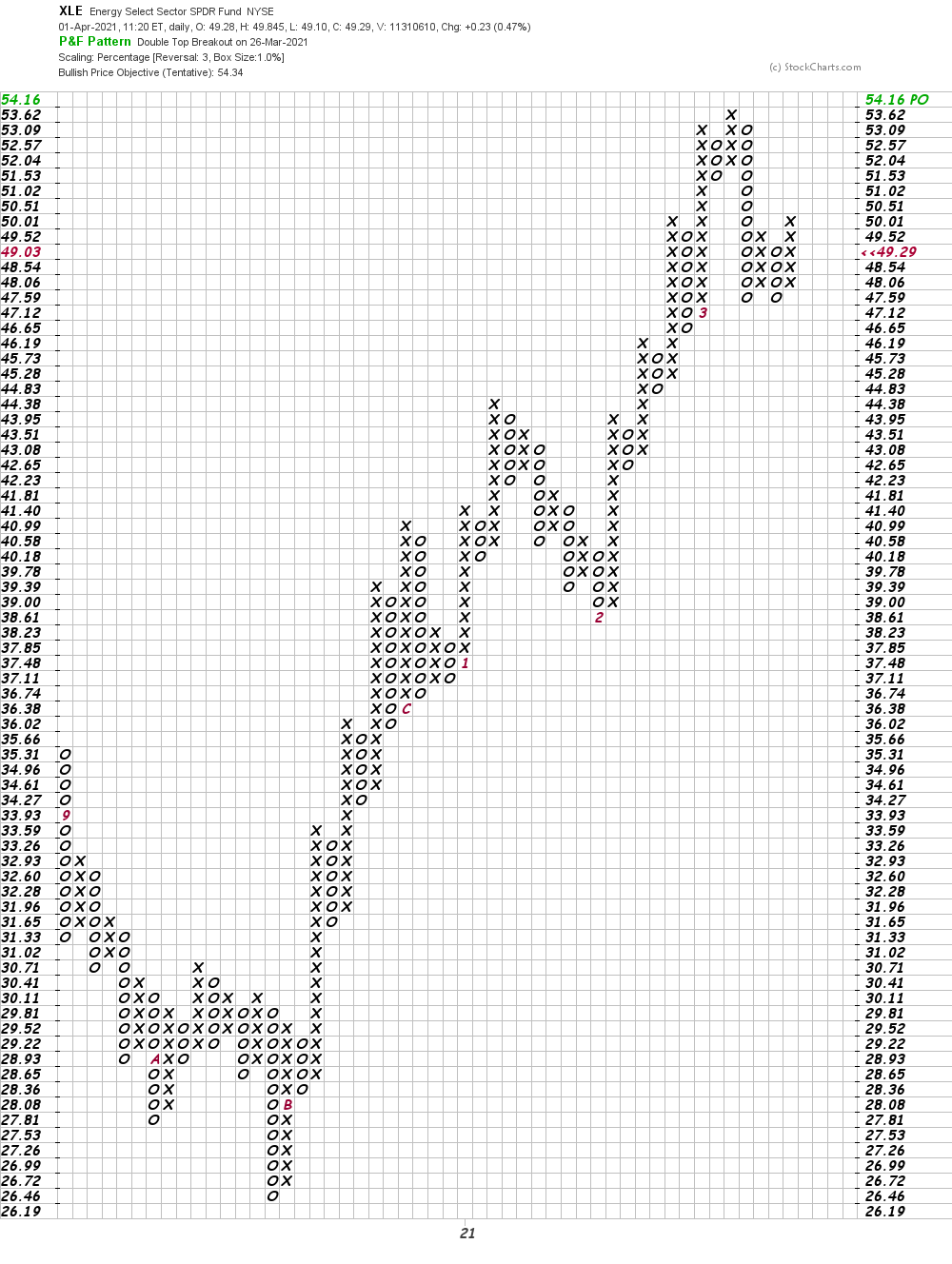 In this weekly Point and Figure chart of XLE, below, we can see a potential upside price target of $65 but we also see a significant amount of potential chart resistance above $55 looking at the volume by price bars on the left scale. 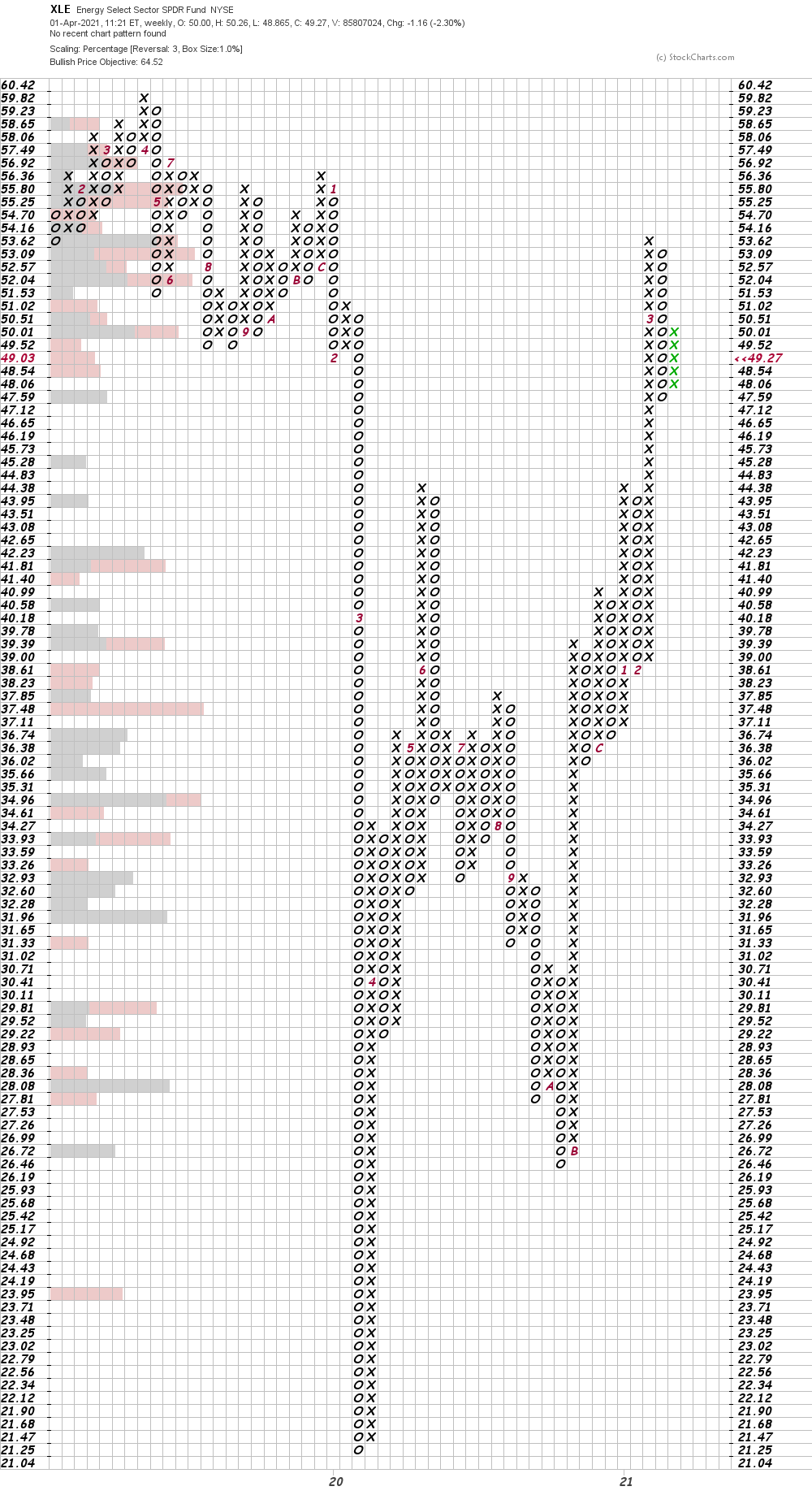 Bottom line strategy: With the Dollar Index still pointed up we may see crude oil prices weaken a bit and that may drag the XLE lower in the weeks ahead.
Get an email alert each time I write an article for Real Money. Click the "+Follow" next to my byline to this article.
TAGS: Commodities | ETFs | Investing | Markets | Oil | Stocks | Technical Analysis | Trading | Energy | Oil Equipment/Services

Remember Palladium? A Close Look at the Other Precious Metal

Sometimes the most rewarding trading strategies are found away from all the shouting.

Silver has taken a hit of late, but we should see buyers start to step in.

Here's Why I'm Looking at the AdvisorShares Pure US Cannabis ETF

There is plenty of upside for a trade, but I think MSOS is a long-term buy and hold as well.

ARKK has produced impressive gains but it looks like it is still in a correction phase. Here's what aggressive traders could do.