The iShares 20+ Year Treasury Bond ETF (TLT)  is a quick way to get up-to-the-minute clues on the direction of U.S. interest rates with price and volume. With the latest Federal Reserve FOMC meeting fresh on everyone's mind let's check out the charts and indicators of the TLT.

The trading volume shows a recent increase in volume but the On-Balance-Volume (OBV) line has been in a sideways trend since early April. The Moving Average Convergence Divergence (MACD) oscillator is in a bullish alignment above the zero line.

In the weekly Japanese candlestick chart of TLT, below, we see a mixed picture. Prices managed to find support in the $125 area. The shares have recovered a bit but remain below the declining 40-week moving average line.
The weekly OBV line has improved since early March and that is a positive development. The weekly MACD oscillator has crossed to the upside for a cover shorts buy signal.

In this daily Point and Figure chart of TLT, below, we can see that the software is projecting a rally back to the $165 area. A good improvement but short of new highs. 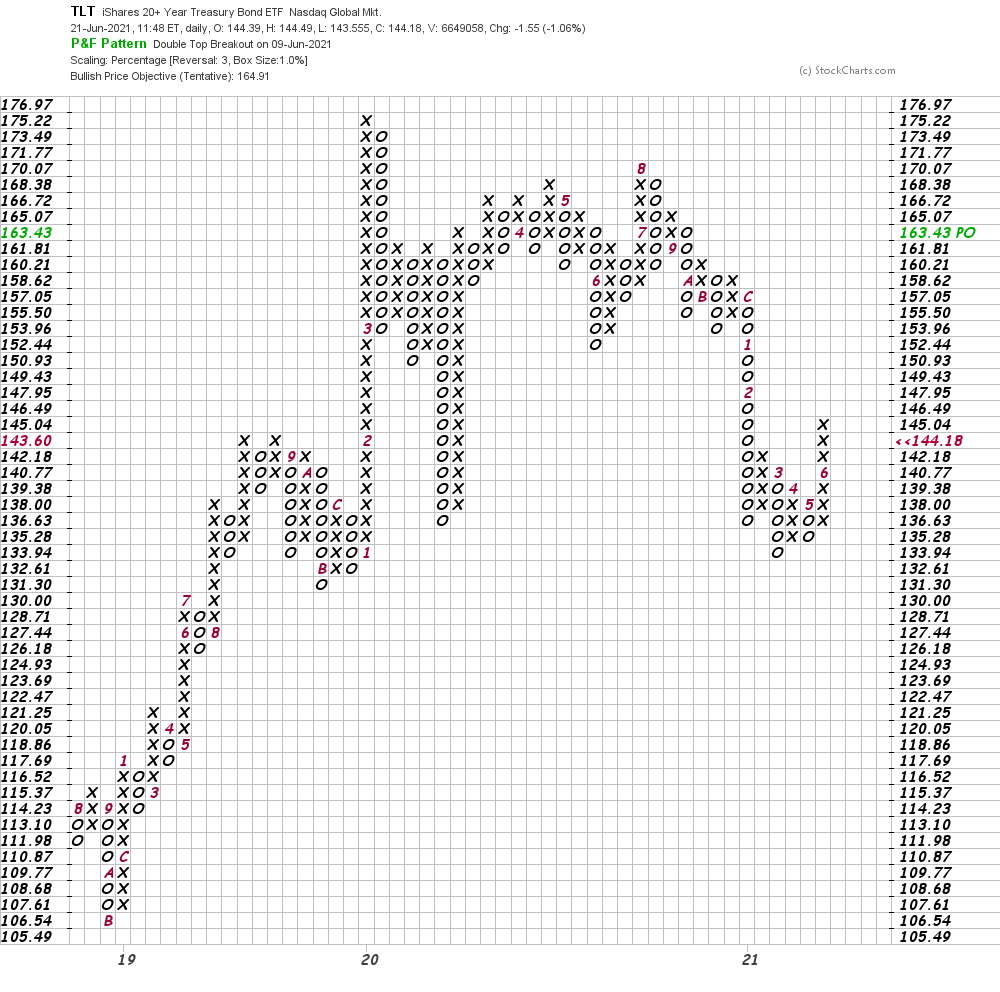 Bottom-line strategy: All eyes are on the Fed and on the TLT. The mid-March low in the TLT was important and marked the beginning of higher rates, in my opinion. In the short run I would be happy to forecast that the TLT trades sideways around the $140 area until further notice.
Get an email alert each time I write an article for Real Money. Click the "+Follow" next to my byline to this article.
TAGS: ETFs | Federal Reserve | Interest Rates | Investing | Rates and Bonds | Technical Analysis | Treasury Bonds | Financial Services | Real Money

Picking a bottom is nearly impossible, but if one does not start layering in where the mud gets deep, then one ends up a bit light when the train leaves.

This market is as tough as any in many years, and for some traders the best approach may be to get good at doing nothing.