White label issuer Tidal is at it again, helping clients push the ETF envelope with the recent listing of two new exchange-traded funds ... with a twist.

While not explicitly stated to be the fund sponsor, existing Tidal client Zenga Financial is listed as the fund sub-adviser, which makes the likelihood of them being the sponsor a good educated guess to me.

With a name like YieldMax you may be thinking these funds are tied to some kind of real estate investment fund, or even high yield bond strategy, but you would be wrong. The funds have been described as single stock ETFs with an option overlay but there's more to the story so let's dive in.

The YieldMax TSLA Option Income Strategy ETF was launched just before the Thanksgiving holiday and sports a 99-basis point expense ratio, meaning a shareholder with $1,000 invested over a calendar year would pay $9.90 in fees over that period. The fund is thought of as a single stock ETF with an options overlay, but the issuer is taking a more esoteric approach to getting the underlying equity exposure by leaning on the principles of put/call parity to create a synthetic long position. The link to the Options Industry Council explanation is good, but long, so if you want the "Cliff Notes" version, the graph below illustrates the principle in action. 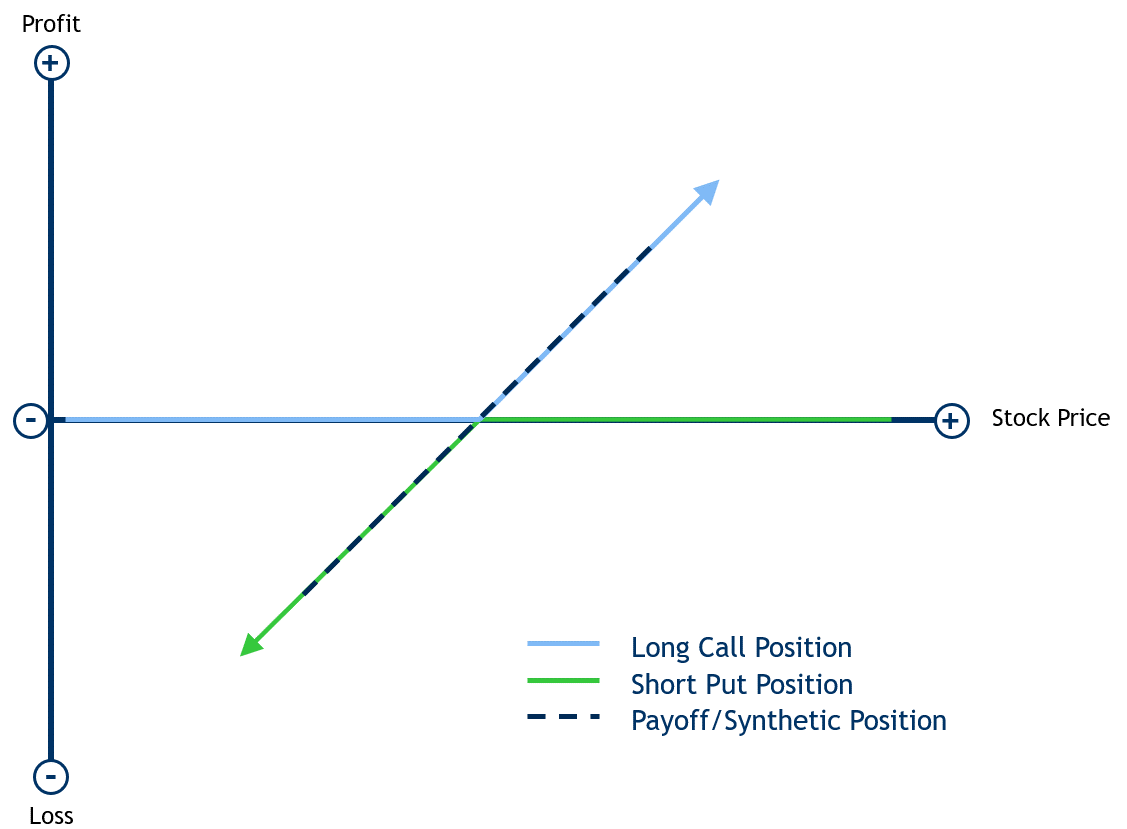 Source: All You Can ETF

Looking at the fund's holdings, this is exactly what the issuer has done, buying 27 June 2023 $175 strike calls on Tesla Inc (TSLA)  and writing 27 puts on TSLA with the same strike and expiration. Aside from short-term Treasury notes, the only other holding is a position in 27 Dec. 2 expiry $192.50 calls that were written on TSLA in order to generate income. I'm not sure if the issuer will always be using weekly expiration options for income but it makes sense given the volatility of TSLA as an underlying.

Along with the launch of TSLY, YeildMax has also launched the same strategy using Ark Invest's flagship fund, the Ark Innovation ETF (ARKK) , for OARK. In reviewing earlier filings, I see the issuer has plans for a number of products with both equity and ETF underlyings, including Apple (APPL) , Alphabet (GOOG) , Berkshire Hathaway (BRK.B) , the Van Eck Gold Miners ETF (GDX) , the SPDR S&P Biotech ETF (XBI) , the iShare 20+ year Treasury Bond ETF (TLT)  and others. Given the cost of running an ETF, it is understandable that they would test the waters with these two before committing to what to me seems to be close to $4 million of annual operating expenses if they launched the entire suite at once.

In any event, I am excited to see continued innovation in the ETF marketplace and will be keeping an eye on these funds to see how they perform, both for the issuer and investors alike.

Get an email alert each time I write an article for Real Money. Click the "+Follow" next to my byline to this article.
TAGS: ETFs | Investing | REITs | Stocks