A Real Money reader recently sent me an email asking about the SPDR S&P Biotech ETF (XBI) . "The chart looks interesting" they wrote. Fair enough, so let's check it out.

In the daily bar chart of XBI, below, we can see that prices have made a steep decline from the middle of February. This correction comes after more than doubling from March a year ago. XBI broke below the 50-day moving average by late February and a rally this month has stopped below the now declining 50-day line. Earlier this month prices dipped toward the rising 200-day moving average line and could make a more serious test of the line in the days ahead.

The On-Balance-Volume (OBV) line shows a decline from early February to now and suggests that traders have become more aggressive sellers of XBI. The Moving Average Convergence Divergence (MACD) oscillator moved to an outright sell signal in early March and is turning lower again.

In the weekly bar chart of XBI, below, we see a mixed to bearish picture. Prices are still in a longer-term uptrend above the rising 40-week moving average line but the line intersects around $130 and could be tested or broken in the weeks ahead.
The weekly OBV line is hard down from early February and the MACD oscillator crossed to the downside last month for a take profits sell signal.

In this daily Point and Figure chart of XBI, below, we can see that prices have met a downside price target but that does not mean the selloff is over. 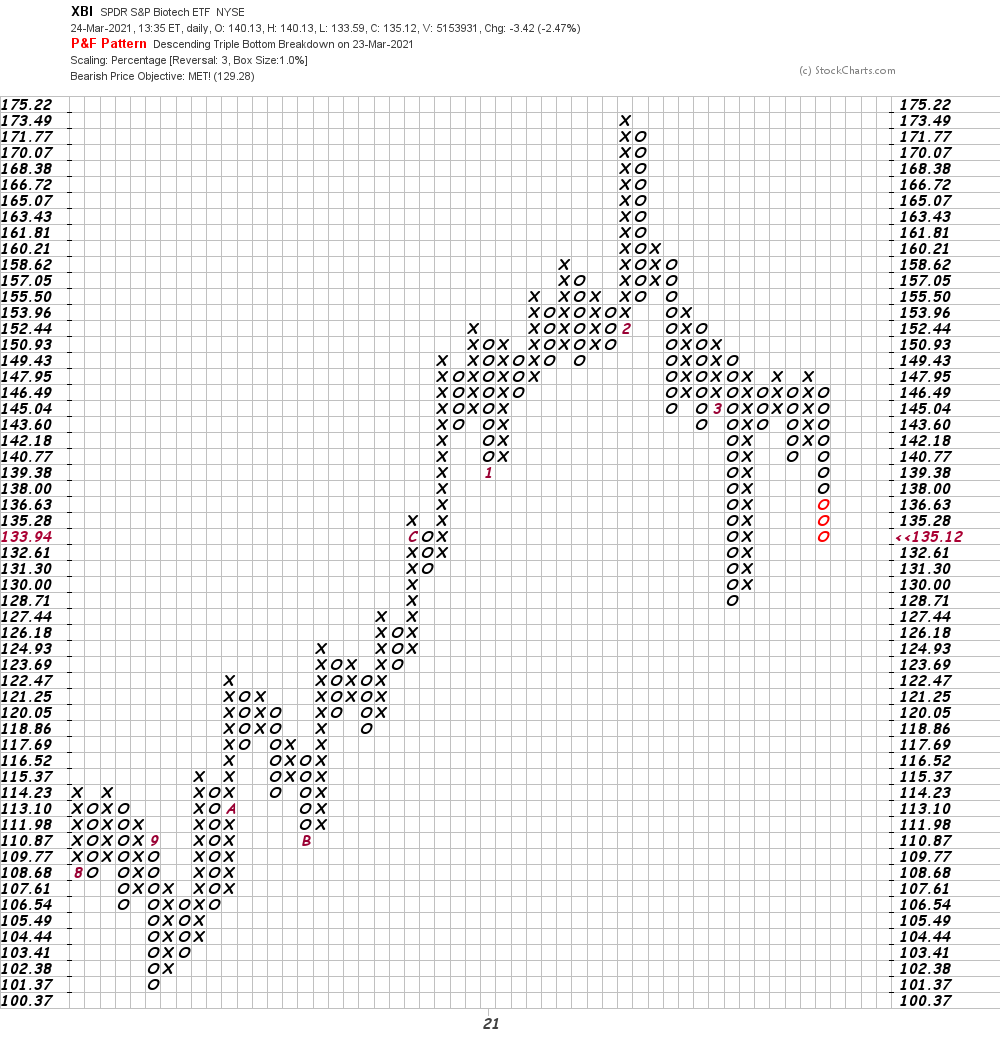 In this weekly Point and Figure chart of XBI, below, we can see a tentative downside price target in the $83 area. 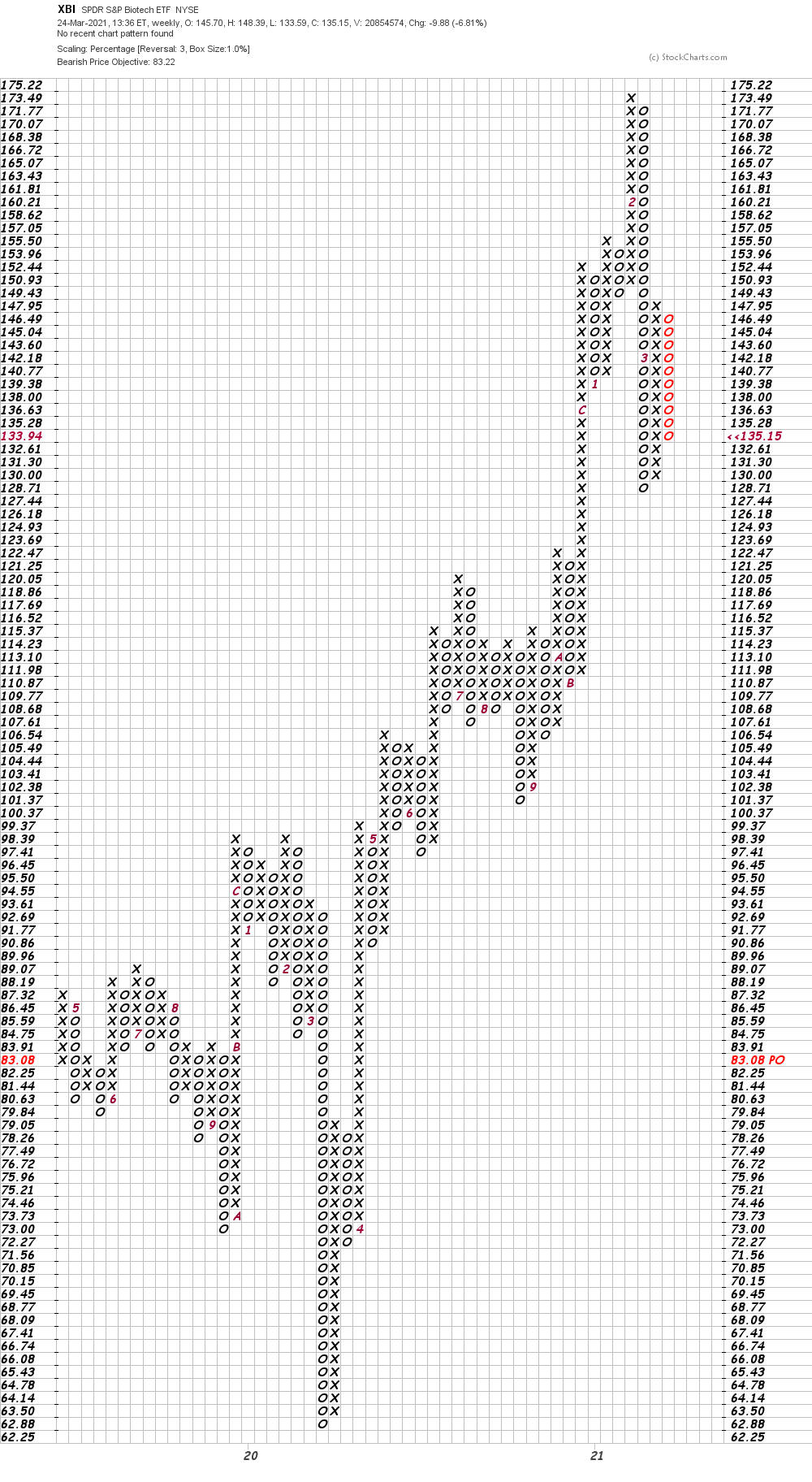 Bottom-line strategy: When I look at ETFs I try to examine the largest holdings as they can wield a big influence on the direction of the ETF. Novavax ( NVAX) is the top holding in XBI and it lost more than half its value from February to early March. Further weakness in NVAX may be the trigger to further losses for XBI. Stand aside. A close below $130 is likely to precipitate further losses.
Get an email alert each time I write an article for Real Money. Click the "+Follow" next to my byline to this article.
TAGS: ETFs | Investing | Technical Analysis | Biotechnology

The ARK Innovation ETF Has Sprung a Leak

The charts of ARKK look weak and vulnerable to declines.

Indexes Are Up, but Divergences and Disparities Linger Underneath

What Will Stop the Bleeding in Small-Cap Stocks?

The decline has been death by a thousand papercuts.

XLE Has Been a One-Way Drive, and I Like It

This Fifty Has Not Been So Nifty

If you have found trading more difficult in the last few months, this is why.