You can look at the 11 market sectors and decide on which ones to overweight or underweight. You can drill down into over 200 industries and sub-industries.

Lots of ways to slice and dice.

I prefer to use technical analysis and deal with the "voodoo" comments and "holier than thou" arrows from academics. Even within the subject of technical analysis there is a diverse body of knowledge with various approaches going as far back as the 1740s in Japan.

In this daily Japanese candlestick chart of SPY, below, we can look closer at a number of "tests" of the $420-$410 area. The first decline to that zone was in late January and prices rebounded into early February. That bounce was not long sustained and prices sank to a lower low in late February.

A recovery of just a few days resulted in yet another decline to the $415 level followed by a stronger rebound. SPY has declined from late March to the end of April and could be headed lower.

Trading volume has declined since late January but the On-Balance-Volume (OBV) line has stayed in a downward trend telling us that sellers of SPY have been more aggressive than buyers.

The 12-day price momentum study is not showing us a bullish divergence to suggest that the pace of the decline is slowing. So far the candlesticks are not showing us a bottom reversal pattern like a hammer or a bullish engulfing pattern or a harami.

The advance-decline line is a leading technical indicator that has been in use since the 1920s. Typically the line peaks four to six months before major stock market tops but there are a few times when the peak was coincident.
In this daily advance-decline line of the S&P 500, below, we can see that more stocks have been declining since early 2022. 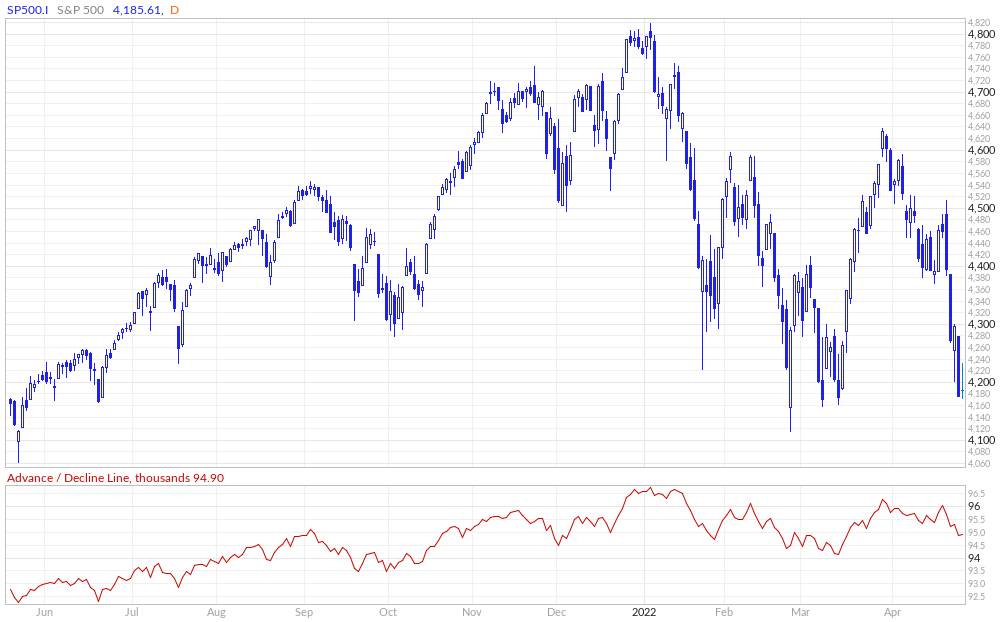 In this weekly advance-decline line, below, we can see that a long-term rise in the line has been broken. 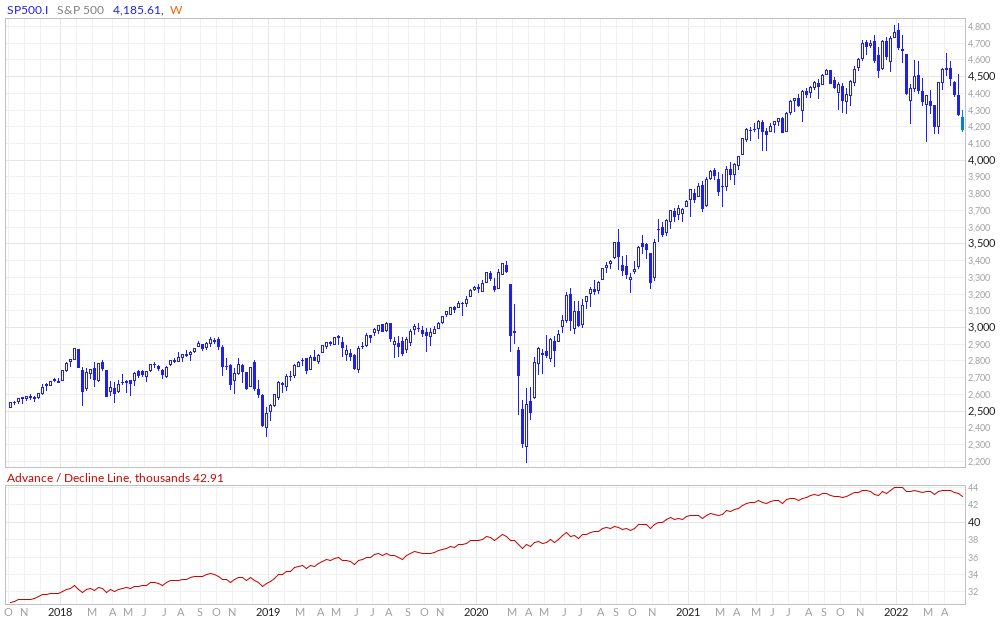 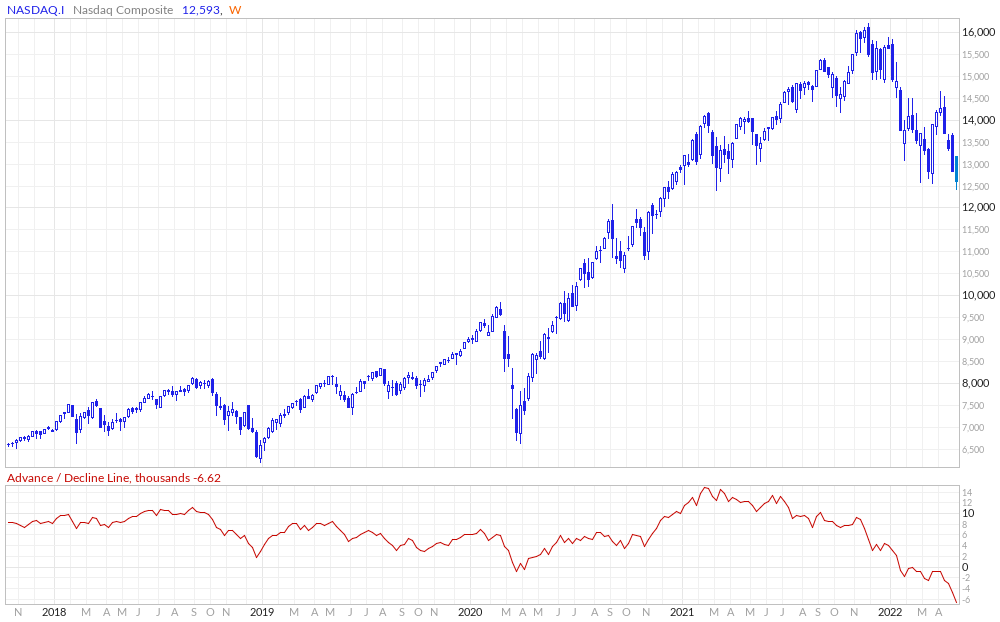 The advance-decline line works at tops and not bottoms. There are other tools that work better at bottoms but that is an article for another day. Meanwhile, without a quick-turning bottom reversal pattern on the Japanese candlesticks I would prefer to stand aside from the long side of the SPY.
Get an email alert each time I write an article for Real Money. Click the "+Follow" next to my byline to this article.
TAGS: ETFs | Index Funds | Indexes | Investing | Technical Analysis

Plus, all US big banks pass the latest Fed stress test despite tougher standards, and a quick look at Dollar General.

Do These 'Work From Home' ETFs Work for Investors?