The (QQQ)  refers to the Invesco QQQ Trust, a very popular ETF based on the Nasdaq 100. One Real Money subscriber has asked for my short and long-term view of the QQQ, so let's check out some charts and indicators.

In the daily bar chart of the QQQ, below, we can see that prices have climbed higher the past 12 months with a number of corrections along the way. There is a correction in September and October and then another one from February into March. The slopes of both the 50-day moving average line and the 200-day moving average line are positive.
The trading volume was very heavy during both of these corrections and tells us that some traders were selling while others used it as an opportunity to buy. The On-Balance-Volume (OBV) line only shows a shallow decline during these corrections and I consider that a sign of strength.
The Moving Average Convergence Divergence (MACD) oscillator has spent much of the past year above the zero line but both corrections moved the MACD oscillator into sell territory for a brief period.

In the weekly Japanese candlestick chart of the QQQ, below, we can see the longer-term uptrend. Prices are trading above the rising 40-week moving average line.
Trading volume has increased over the past three years and that is constructive. The OBV line has moved sideways the past two years and I am not sure what to make of that.
The MACD oscillator is bullish and looks poised to turn higher.

In this daily Point and Figure chart of the QQQ, below, we can see a $367 price target. 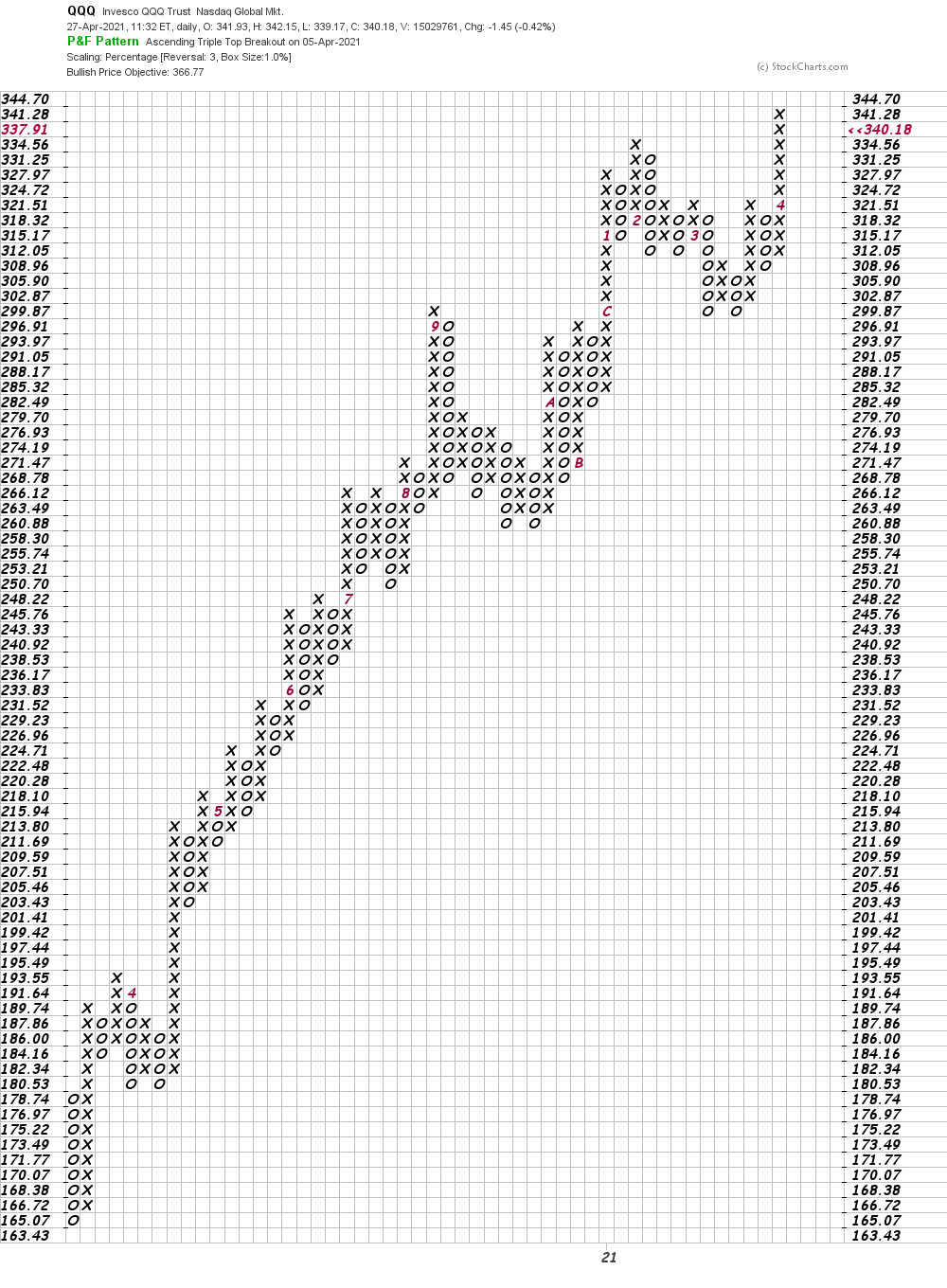 In this weekly Point and Figure chart of the QQQ, below, we used a five-box reversal filter. Here a price target of $416 is projected.

In this second weekly Point and Figure chart of the QQQ, below, we used weekly close-only price data with a five-box filter. Here the software is projecting a target of $776. Impressive.

Traders and investors need to keep track of the health of a rally or what is sometimes called the breadth. This typically involves an analysis of the Advance-Decline statistics.
In this advance-decline line of the Nasdaq 100, below, we can see in the lower panel that the line shows a rising pattern with no bearish divergences. This is positive. 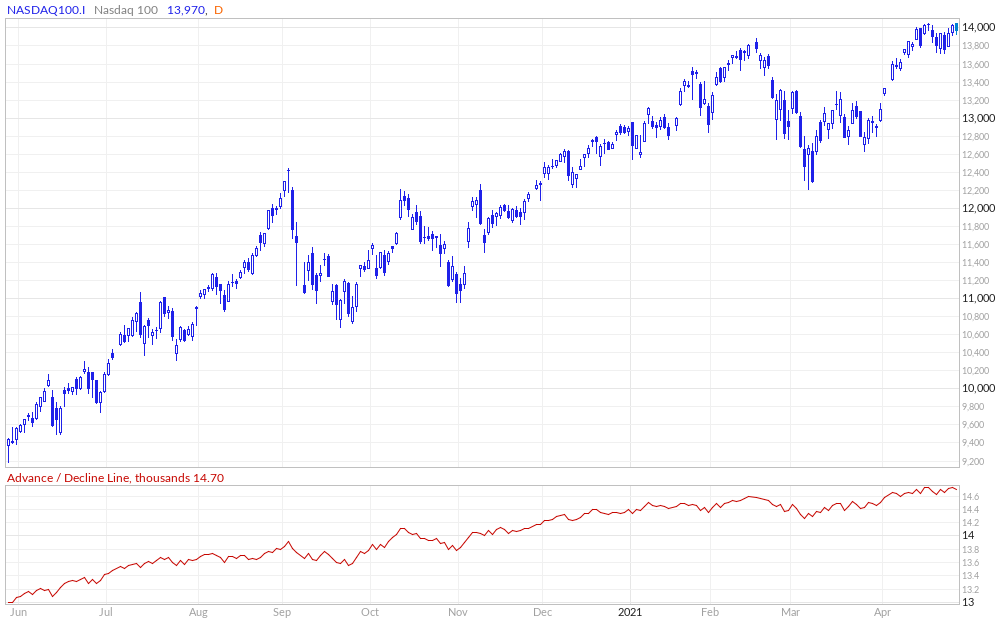 Bottom-line strategy: What do these six charts tell us? Things and charts can change but right now the QQQ is likely to work higher over the next two to three years. Taking things one step at a time the $367 area is our next price objective with $416 after that.
Get an email alert each time I write an article for Real Money. Click the "+Follow" next to my byline to this article.
TAGS: ETFs | Investing | Technical Analysis | Technology

Lumber Was the First to Crack, Will Other Commodities Follow?

The inflation narrative might be flawed and the reaction to it was likely overdone.

Let's look at the companies that can go up, and the ones that can't.

Don't Be Fooled by the Data

Wage inflation is a real risk.