PBF Energy (PBF) is an energy name that is new to me but was just raised to an "overweight" fundamental rating by a major sell-side firm. The New Jersey-based company is a petroleum refiner and supplier of unbranded transportation fuels, heating oils, lubricants, petrochemical feedstocks, and other petroleum products. PBF also has a refinery in my new home state of Delaware so it caught my attention.

In the daily bar chart of PBF, below, we can see that the stock have been gaining strength since August. The share price of PBF has advanced more than four-fold from its August nadir. Too bad this name did not hit my radar screen until now. Prices are correcting but remain comfortably above the rising 50-day moving average line and the rising 200-day moving average line.

The On-Balance-Volume (OBV) line also shows us a rise from August to confirm the price gains and show us using simple math that buyers of PBF have been more aggressive than sellers. The Moving Average Convergence Divergence (MACD) oscillator is bullish but narrowing towards a possible take profit sell signal.

In the weekly Japanese candlestick chart of PBF, below, we can see a top reversal pattern in the candles with a large upper shadow on what could pass for a gravestone doji. Prices may just turn sideways rather than suffer a serious decline as the indicators remain very positive.
The weekly OBV line has been strong for two years and the MACD oscillator shows no signs of a reversal.

In this daily Point and Figure chart of PBF, below, we can see an upside price target in the $51 area. 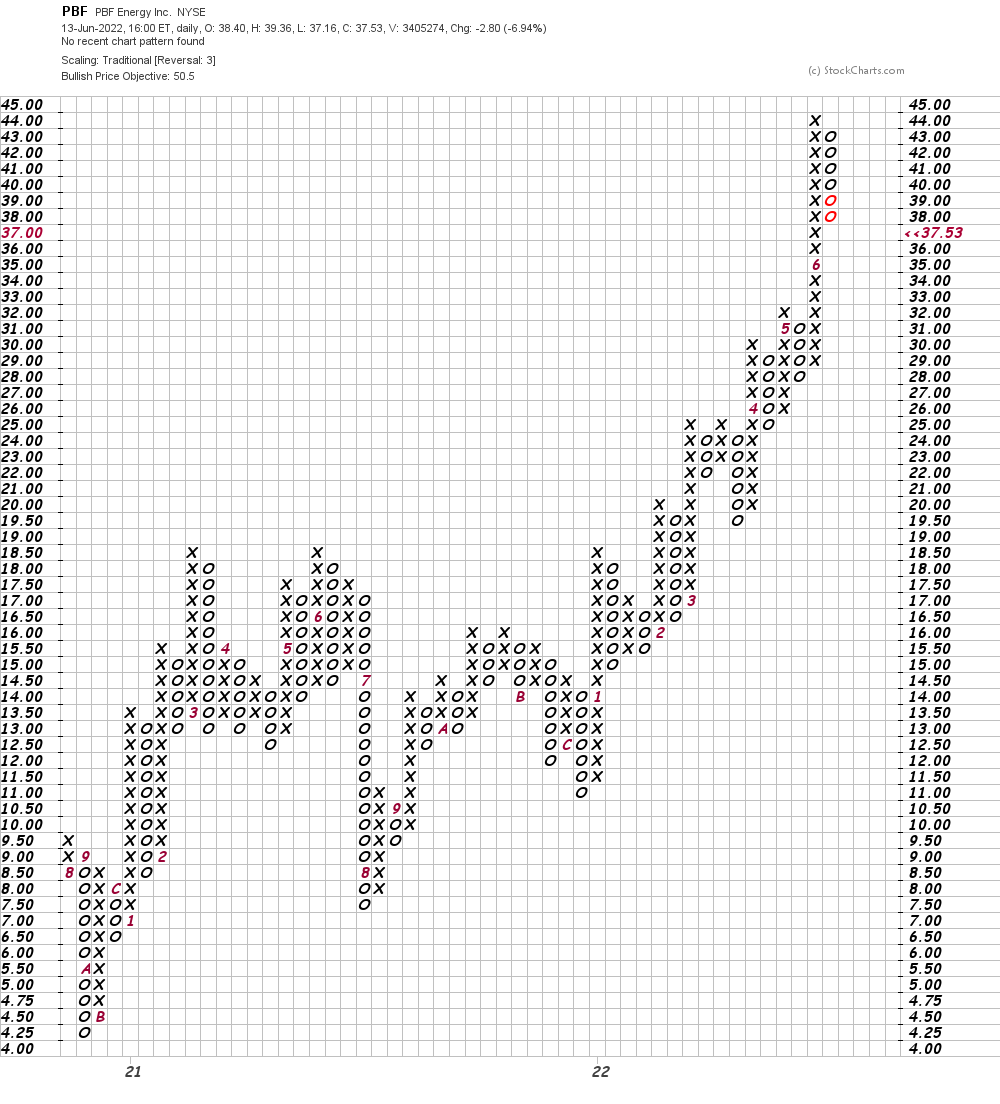 In this weekly Point and Figure chart of PBF, below, we tortured the data to give us a very bullish price target. Here we used close-only price data with a five-box reversal filter to come up with a $154 price objective. 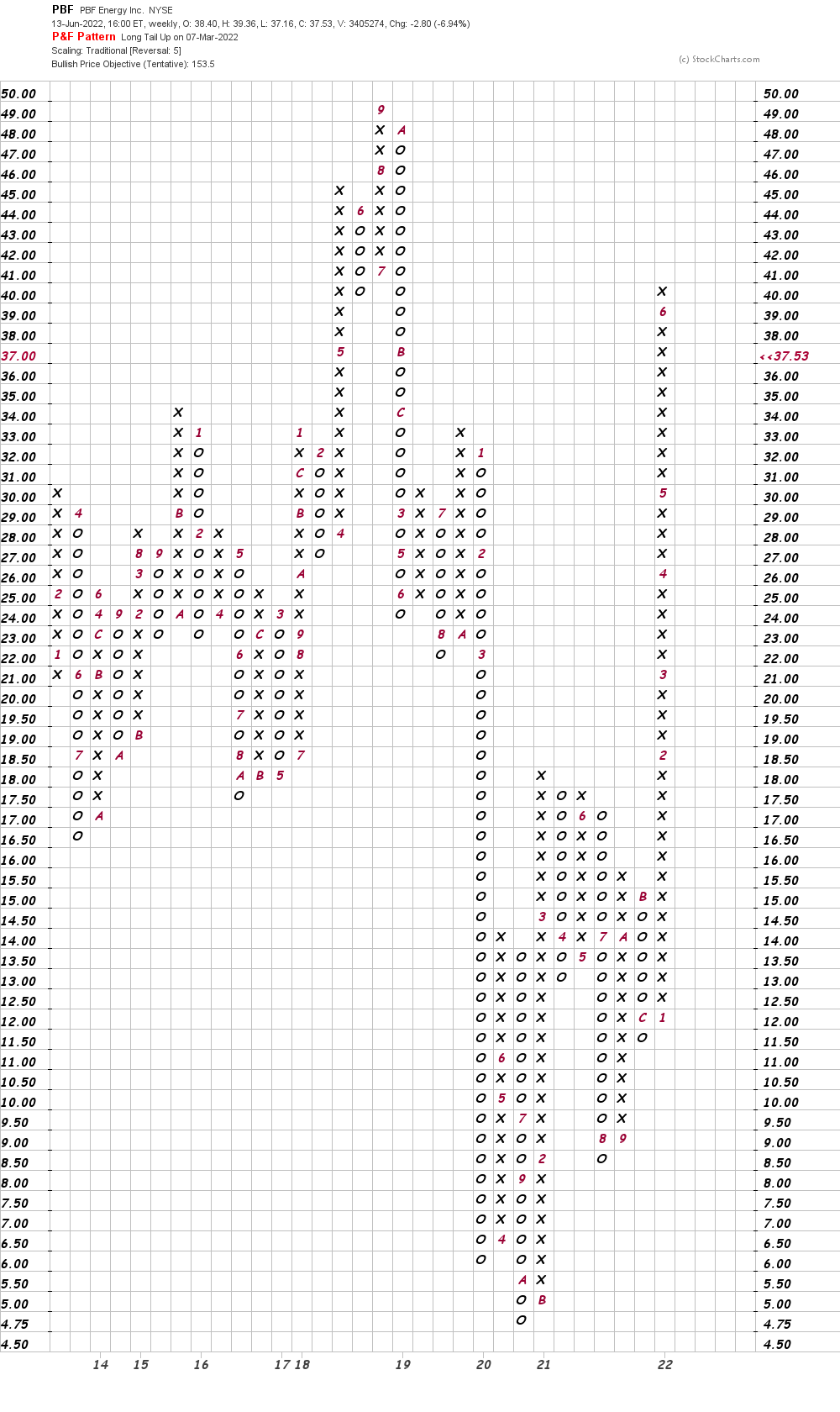 Bottom-line strategy: Aggressive traders could look to be a buyer of PBF on a decline below $35 risking to $29. The $51 area is our price target for now.
Get an email alert each time I write an article for Real Money. Click the "+Follow" next to my byline to this article.
TAGS: Technical Analysis | Energy | Investing | Analyst Actions |