For his second "Executive Decision" segment of Mad Money on Tuesday evening, Jim Cramer spoke with Tarang Amin, chairman and CEO of e.l.f. Beauty (ELF) , the cosmetics maker with shares up 18% thus far in 2020.

Amin said they're very excited to have partnered with Alicia Keys to launch a new lifestyle beauty brand later this year.

Amin was also asked about their strong presence on the social media platform TikTok. He said that e.l.f. is strong with Gen Z consumers.

Despite having a digital-first brand, Amin noted that their partnership with Walmart (WMT) remains strong, as does their sales with their other retail partners like Target (TGT) and Ulta Beauty (ULTA) . Despite the pandemic, e.l.f. is gaining market share.

Let's visit with the charts to see how they're fairing.

In this daily bar chart of ELF, below, we can see that prices made a small but powerful double bottom around $8 in March and early April. Prices took off on the upside and rallied to highs in July and August. Prices have turned sideways the past two to three months and some of the indicators have weakened. The slope of the 50-day moving average line has turned negative but the 200-day moving average line is still positive.

The On-Balance-Volume (OBV) line has weakened a bit since early July which tells us that sellers of ELF have been more aggressive.

The Moving Average Convergence Divergence (MACD) oscillator has been weakening since early June and is now below the zero line in sell territory.

In this weekly bar chart of ELF, below, we see a mixed picture. Prices are in an uptrend above the rising 40-week moving average line and the weekly OBV line is bullish.

The MACD oscillator has crossed to a take profits sell signal and that could mean we see a sideways to lower trend ahead.

In this daily Point and Figure chart of ELF, below, we can see a potential upside price target of $21.50. A new high but not a big target in my opinion. 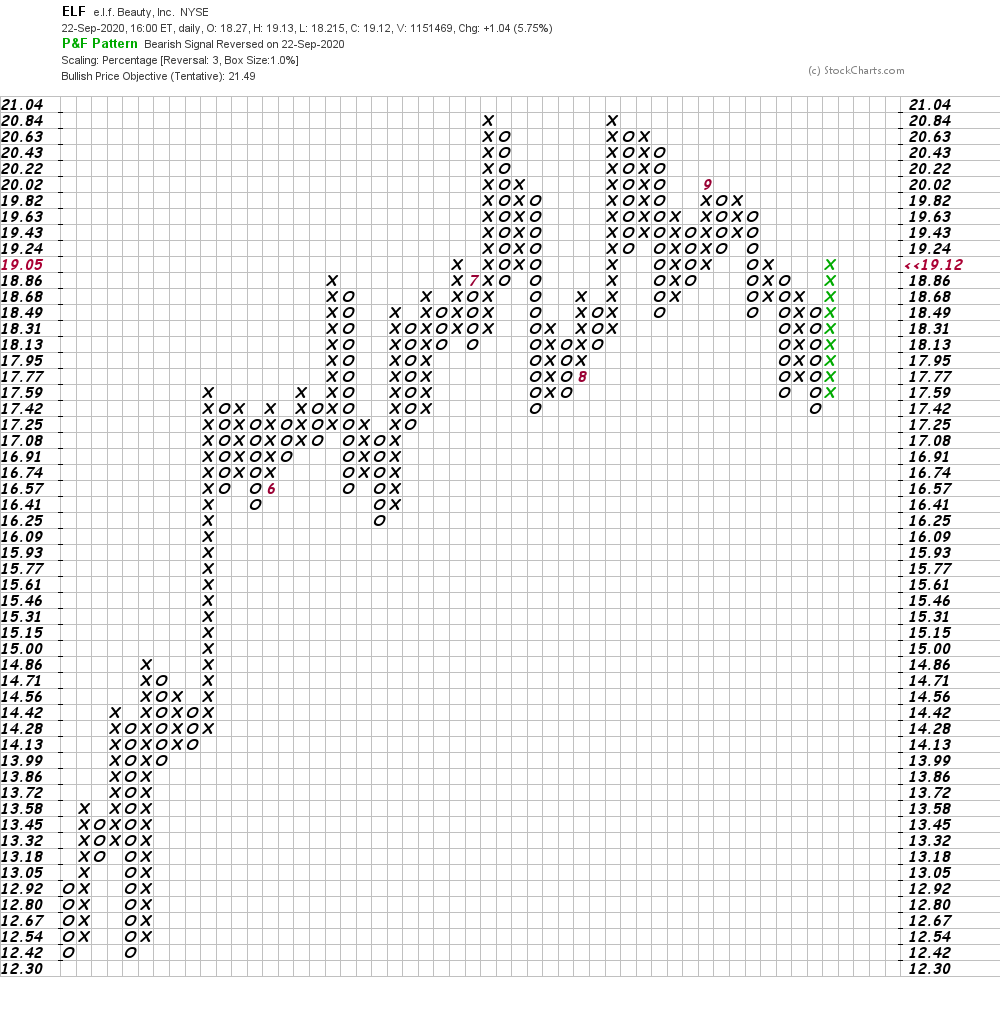 In this weekly close only Point and Figure chart of ELF, below, we can see a possible price target in the $42-$43 area. 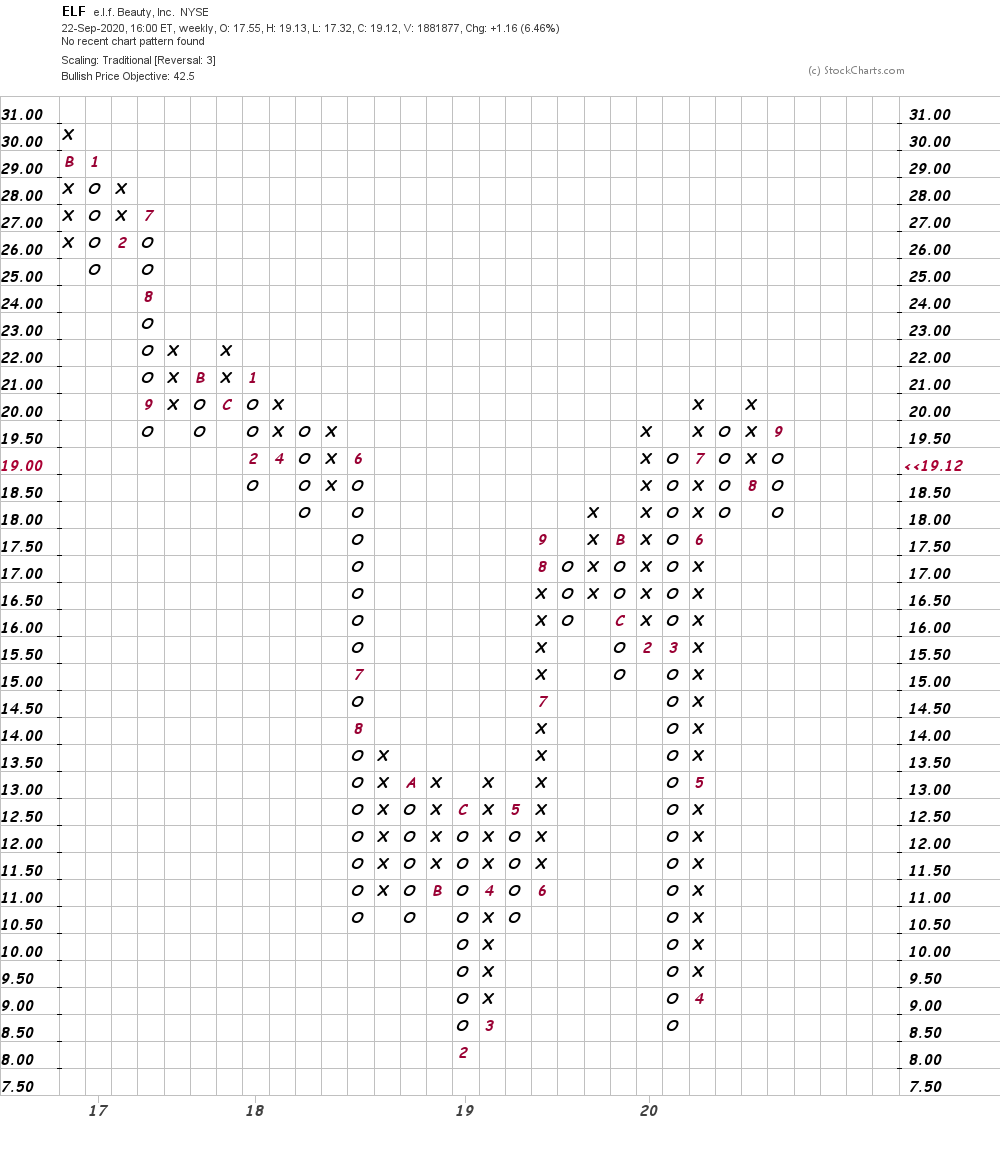 Bottom line strategy: In our review of June 1, we said that "ELF looks like it can rally further. Aggressive traders could go long at current levels risking a close below $15. Add to longs above $20 looking for gains to the $33 area longer-term."

Now we see a period of sideways price action before renewed gains. Our targets are $33 and then $43. Risk a close below $16 now.

Get an email alert each time I write an article for Real Money. Click the "+Follow" next to my byline to this article.
TAGS: Investing | Stocks | Technical Analysis | Trading | Personal Products | Retail | Mad Money | Executive Interview