This Thursday Wall Street will be reviewing the earnings results of Domino's Pizza (DPZ) . We last looked at the charts of DPZ on August 18 and wrote that "We are not seeing much downside 'give' to the price of DPZ so the Point and Figure target of $482 may not happen. Keep that stop at $495 and stay long."

Traders should have been stopped out at $495 in late September so let's take a fresh look at things today.

In this updated daily bar chart of DPZ, below, we can see that DPZ has been trading below the 50-day moving average line for several weeks and the slope of the line has turned negative. The rising 200-day line intersects around $425 now.
The On-Balance-Volume (OBV) line turned lower in early August and tells us that sellers of DPZ have been and are more aggressive. The Moving Average Convergence Divergence (MACD) oscillator is below the zero line in sell territory but trying to generate a cover shorts buy signal.

In this weekly Japanese candlestick chart of DPZ, below, we see a weak picture. Trading volume has been diminishing since March and that suggests that investor interest is drying up. Prices have been declining for several weeks and are headed towards the 40-week moving average line which intersects around $440.
The weekly OBV line has declined for the past two months and the MACD oscillator crossed to the downside in early September.

In this daily Point and Figure chart of DPZ, below, we can see that prices reached and exceeded a downside price target in the $486 area. 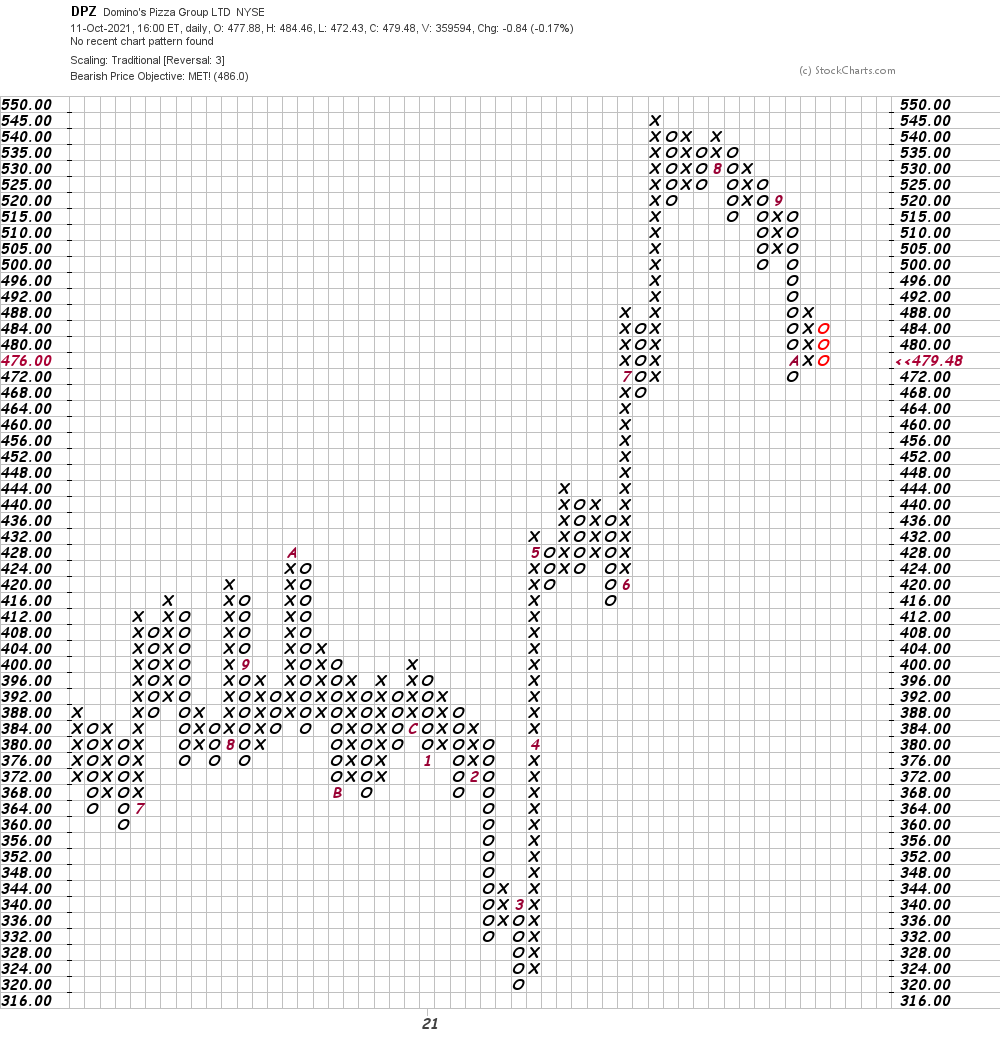 In this weekly Point and Figure chart of DPZ, below, we can see a downside price target in the $456 area. 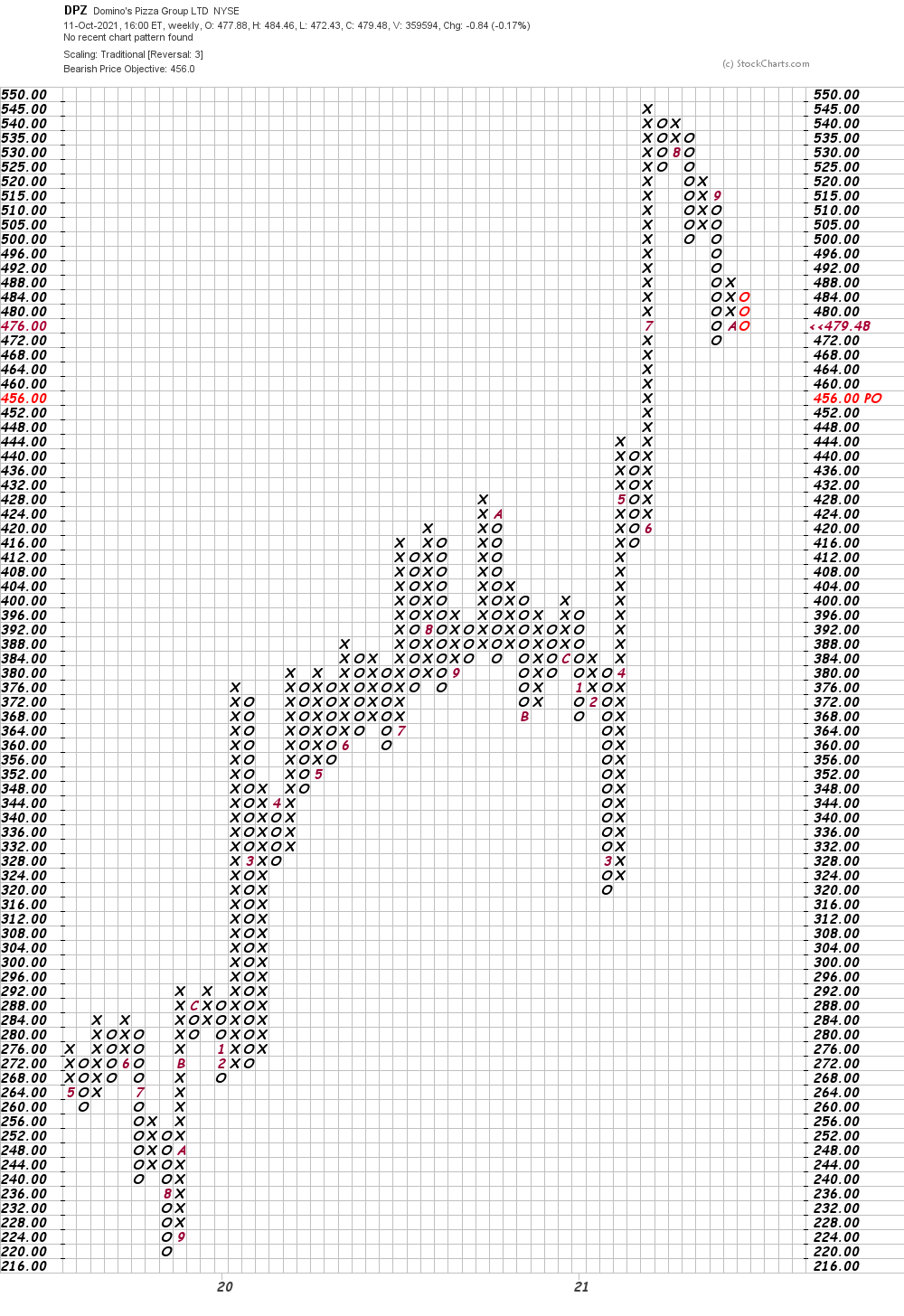 Bottom line strategy: In full disclosure I love a good pizza during football season but I am trying to cut down on certain foods in an effort to drop those pandemic pounds. I have no special knowledge of what DPZ could report on Thursday but the charts look a little soggy at this point in time. Avoid the long side for now but don't stop eating what you love.
Get an email alert each time I write an article for Real Money. Click the "+Follow" next to my byline to this article.
TAGS: Investing | Stocks | Technical Analysis | Trading | Food & Drink | Restaurants | E-Commerce | Earnings Preview